He started his career as an engineer in the oil and gas industry, but eventually left to make his hobby full time. 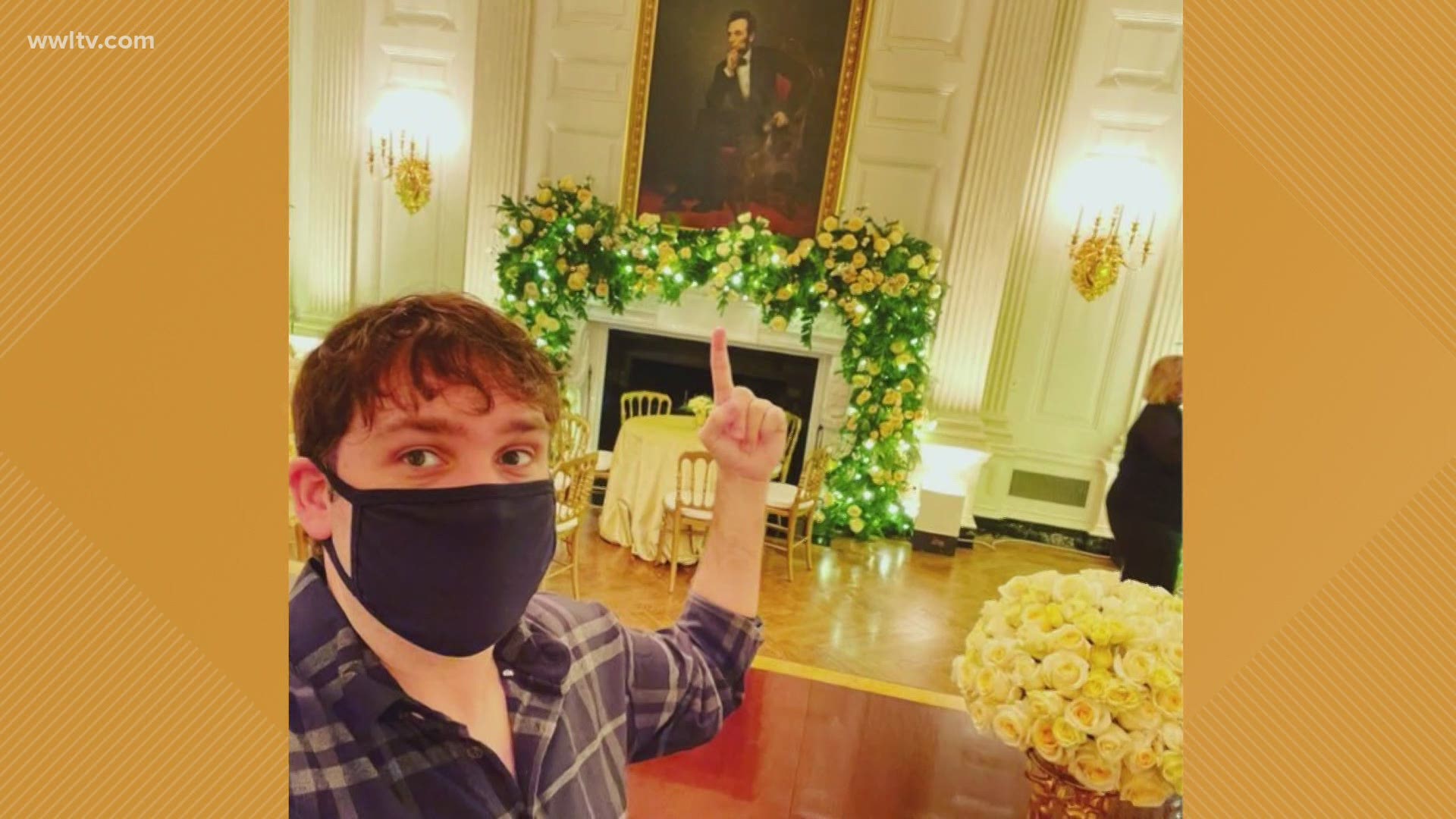 The rooms and rooms of glittering greenery and Christmas wonder required the help of about 80 volunteers.

This year, Louisiana’s Damon Oates was among them.

“Basically, the first lady and her designers dream and you get there and they’re like, here’s the idea, here’s the supplies, bring it to life,” Oates said, in his studio in Chalmette.

He started his career as an engineer in the oil and gas industry, but eventually left to make his hobby full time. Now, his company sends out thousands of packages a month, including a subscription craft box with about 1,500 subscribers.

The DecoExchange Facebook following is 300,000 strong, and Oates says his community raised tens of thousands of dollars for hurricane victims in Lake Charles over the summer.

It’s on the company’s Facebook page that Oates documented his journey to the White House.

He and crafters from around the country put any political opinions aside, and decorated to the theme: America The Beautiful.

“They had people that had no crafty background that were just there to manually do work, move boxes, help put things up, wrap trees with Christmas lights. To certified florists who were there to make the arrangements and the mantle pieces and decorate Christmas trees,” Oates said.

Oates said he worked on a few projects; one was the mantle in the State Dining Room under a portrait of Abraham Lincoln.

He also crafted the gingerbread garlands one some of the trees. He got the first look at the big picture, all lit up, at the invite-only event the Monday after decorating.

“You’re walking around and you are just getting that complete feeling of the history and what it means, and the pride that every single person had in there as they were decorating,” said Oates.

Already, DecoExchange and their packed-full warehouse are looking towards spring décor… and one more thing.

“I can’t wait to apply again for next year,” Oates said.