Stampede, fights at crowded festival in St. Bernard this weekend

Pohlmann said the “stampede” came after his deputies had broken up several fights among young people – between 8 and 10 – he said. 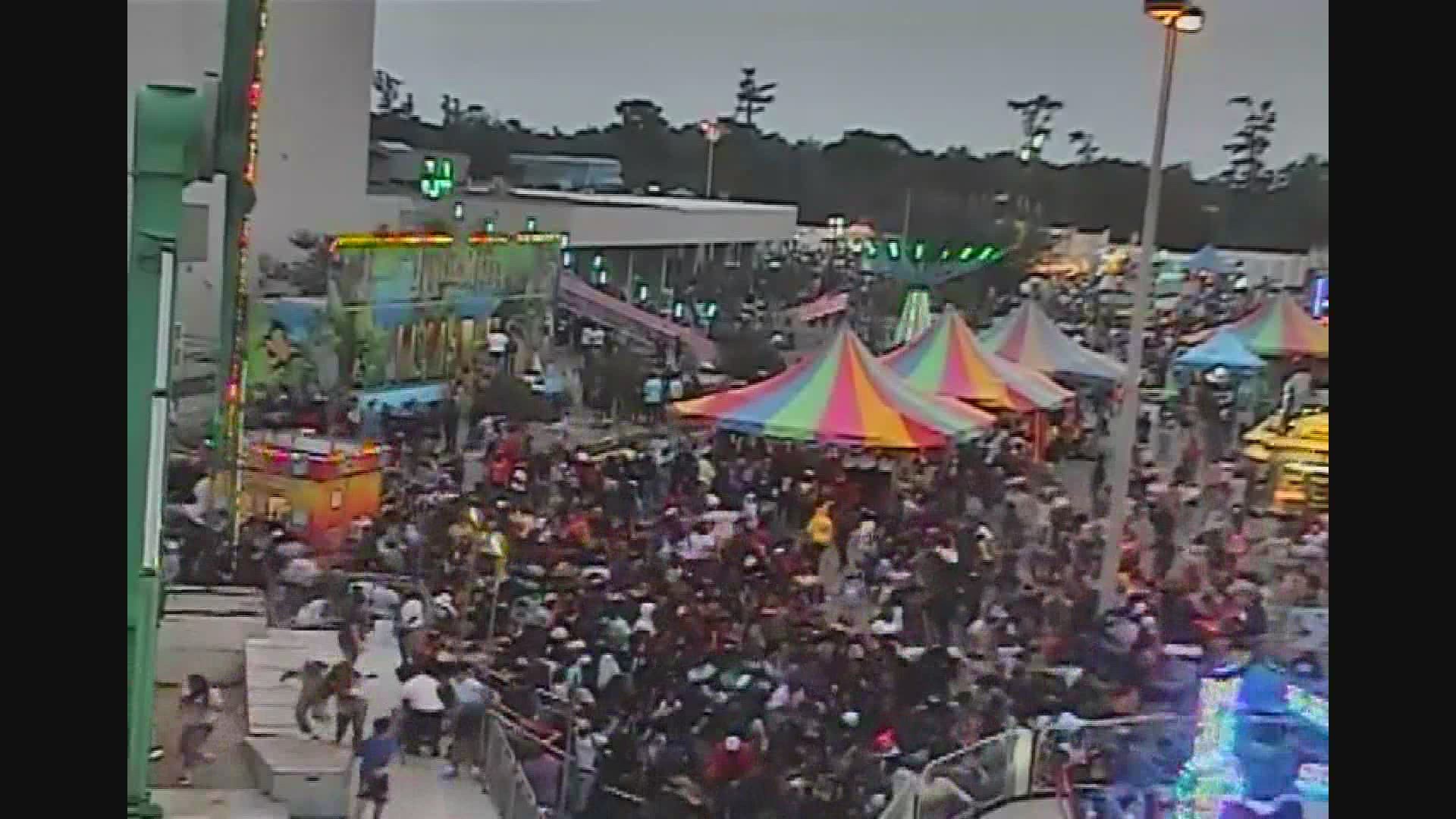 CHALMETTE, La. — Panic ensued at this weekend’s crowded Crawfish Festival in Chalmette leading to crowds racing from an area full of rides and games. The rush left several people with minor injuries, including two who were taken to the hospital, treated and released.

Sheriff James Pohlmann described the event as a stampede and he said he and his deputies got several versions of what may have caused the rush, from someone being seen with a gun, to actual shots fired or just some people shouting “gun.”

Pohlmann said the “stampede” came after his deputies had broken up several fights among young people he said.

Pohlmann said that in anticipation of big crowds, he had 60 deputies on duty.

“We were the only game in town,” he said. “We were anticipating record crowds. After COVID and the lifting of the mask mandate, we anticipated a large crowd.

Video showed the overflow crowd near the rides and then all of a sudden people rushing away.

"The crowd was enormous, bigger than we've ever seen," she said. "Someone screamed and we turned around and saw just a flood of people running towards us. Someone said gun and someone said shots and people started saying they heard two shots, we never heard those two shots."

"When the crowd kind of ran off and everything, we locked it down. We looked for a gun, if someone had a gun, we searched people, but to clear the air there was so shooting, no gun found on premises," he said.

Pohlmann said if people have any video of the incident, or saw anyone with a weapon, they need to contact the St. Bernard Parish Sheriff’s Office.

Pohlmann said that some time after the festival and not too far away, a couple of teens were shot when a blue vehicle pulled up alongside and began firing. Pohlmann said he didn't know if the shooting had anything to do with an incident at the festival or not, but both involved young people.

The teens' injuries were not life threating, according to Pohlmann.

"We're not used to dealing with stuff like that," he said.