The deadline for applicants is Friday, October 15. 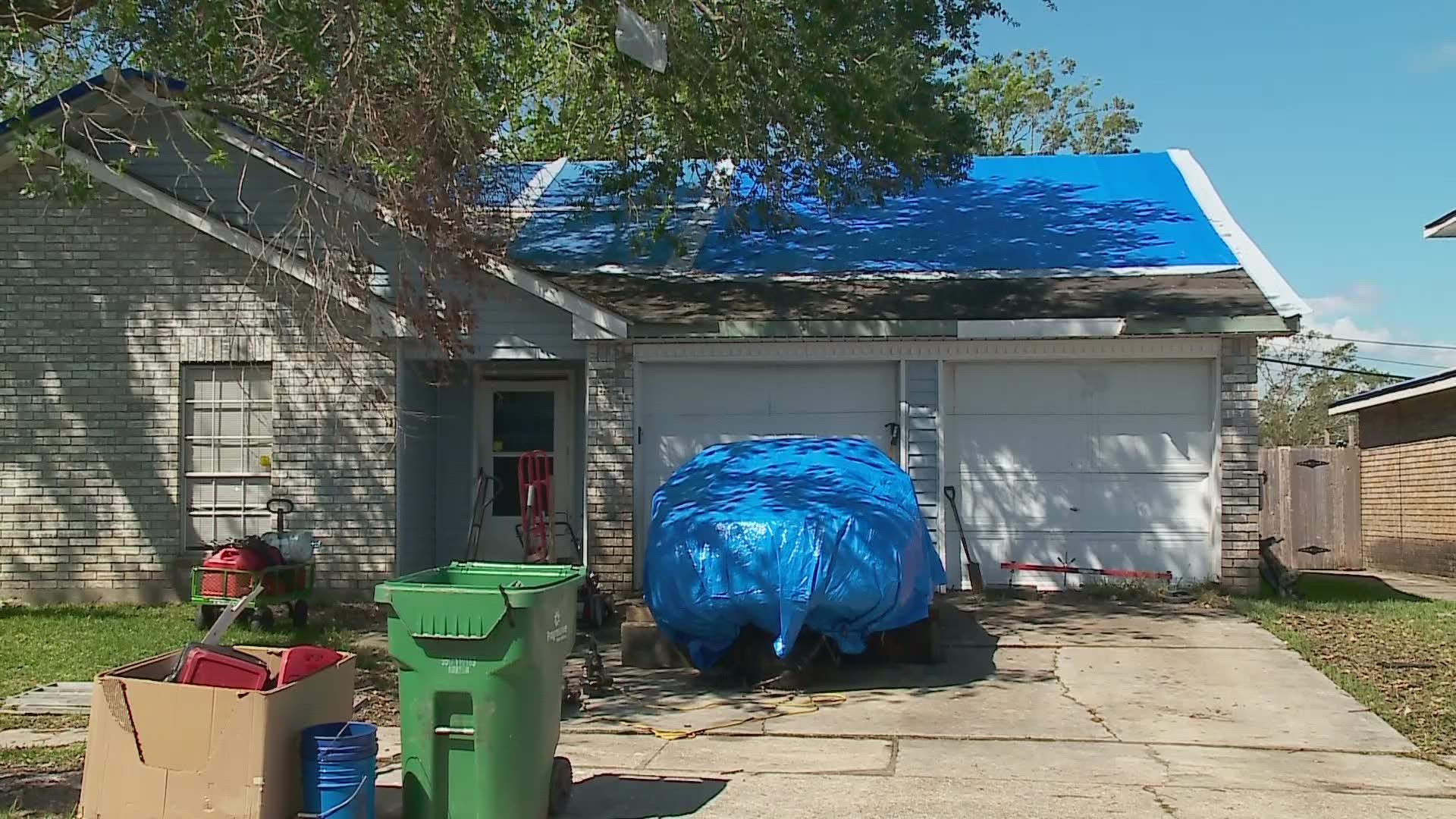 ST. CHARLES PARISH, La. — More than a month later blue tarps can be seen across the most hard-hit areas following hurricane Ida. The demand for repairs and recovery is so great, that federal programs have extended deadlines to help people.

One of those programs includes the Blue Roof Program by the U.S Army Corps of Engineers.

The Blue Roof Program was set to expire back in late September, but the need for tarps was so large, the U.S Army Corps of Engineers extended their deadline for applicants to Friday, October 15.

The goal of the program is to allow people to continue to live in their homes while they wait for available roofers and contractors to become available.

In Destrehan, there are so many tarps on local roofs and still, so many people waiting for a tarp, roofers, and insurance adjusters. More than a month later and the last thing any homeowner wants to deal with is more damage to their homes.

Homeowner, Erin Conner, says her family applied for the program shortly after Hurricane Ida hit, but with the bad weather after the storm and so much demand, they ended up going with another company to tarp their home.

"It's been in some ways easier than after Katrina. I feel like Katrina was the big test case for such a massive number of people, but in other ways, it's been harder," Conner said. "We're not technically homeless because our insurance is paying for us to rent a house, but we're still in the process of getting over there and moving everything we could save into that house. It's been frustrating of course, but there's nothing I can do."

Conner says although it's been a frustrating process of waiting for repairs to her family's home, she's finding ways to stay positive.

"We've done the mitigation, we've tarped the roof, we've done everything we're supposed to do. If something else happens, something else happens," she said. "Since I went through Katrina, I knew what to leave with that Sunday morning. I got my jewelry, I got my sentimental stuff, my important papers, you know? Everything is in Ziplock bags. I guess because I lost everything in Katrina that part is easier for me, but it'll happen at some point. It'll get done."

If you're still needing assistance with getting your roof tarped, the last day to apply for the Blue Tarp Program is Friday, October 15. The U.S. Army Corps of Engineers wants to remind people that it will not charge for its service, so, if someone claiming to be part of the program tries to charge you, it is not valid.