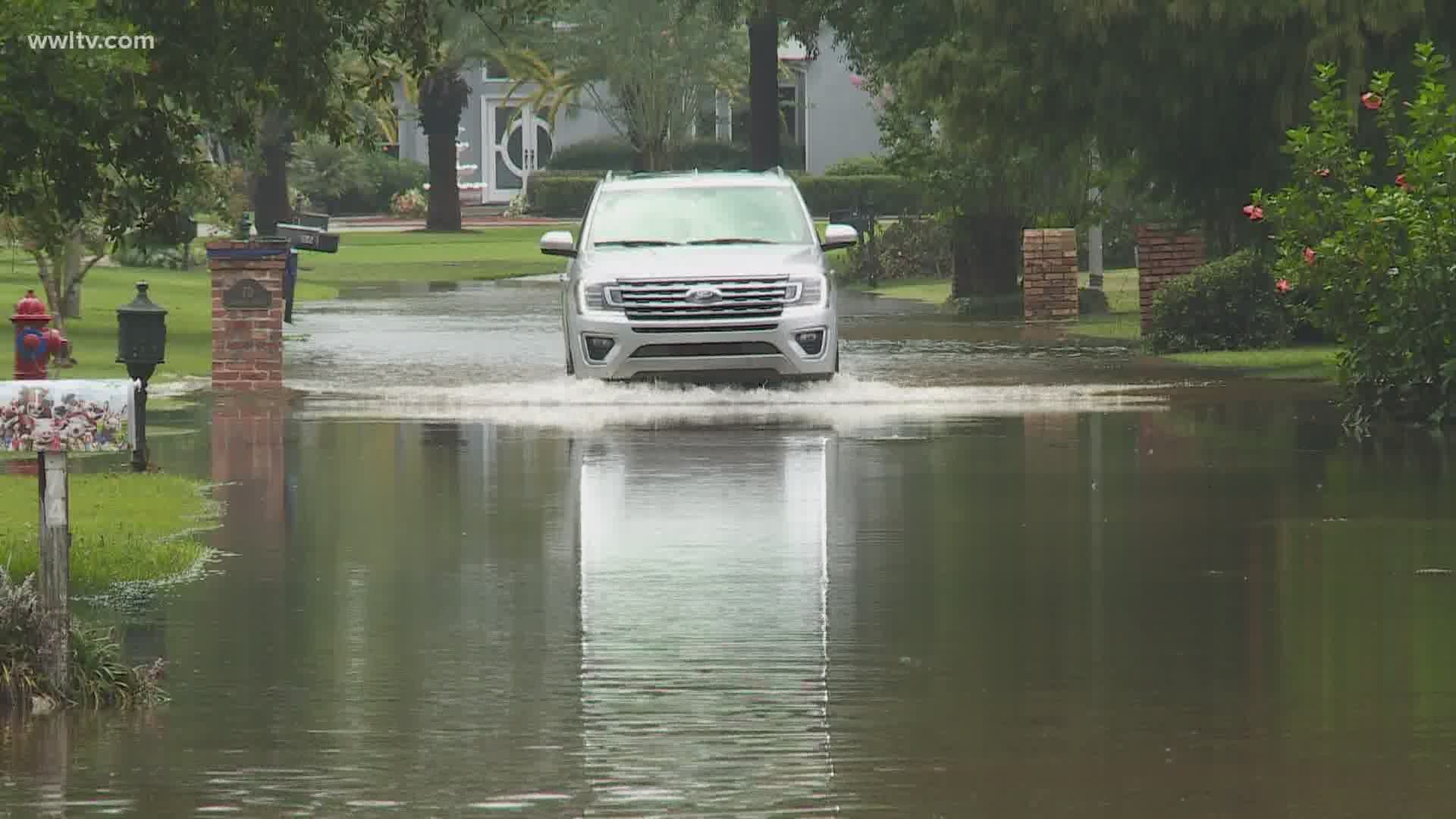 DESTREHAN, La. — Heavy rains soaked St. Charles Parish Sunday, getting in to some homes and shutting down Ormond Blvd. for several hours.

Viewers sent dozens of photos showing the main thoroughfare in Destrehan under water. In an ironic twist, a sign that says "Stop Our Flooding" has the word 'flooding' hidden by the floodwaters.

Parish President Matthew Jewell said around nine homes took on water. He cited what he said was up to seven inches of rain in a short period of time that was registered at a pumping station.

He also said that some railroad tracks act as levees and prevent water from draining off. He also said some of the new subdivisions are causing problems for older homes.

"It's more than just a lot of rain in a short period of time," said one exasperated resident whose garage took on a few inches of rain and who recently got floodwater in her home during another heavy rain day.

1 / 6
David Long
Looks like Thor has arrived in Nola. Imagine being on the CCC and seeing this lightning bolt.