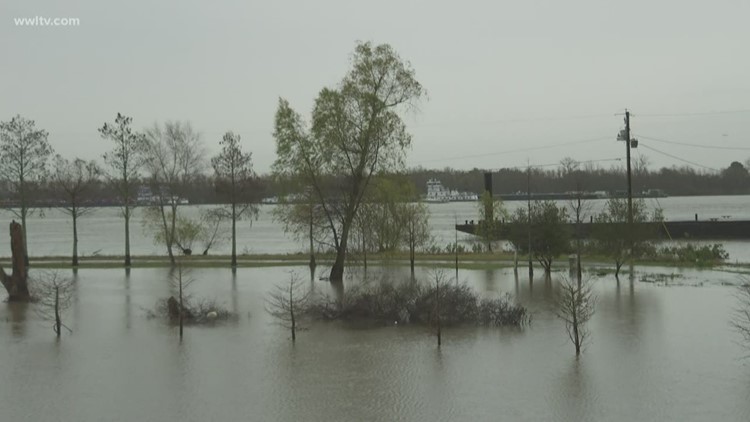 NEW ORLEANS — The families of three men who were thrown overboard and killed after their towboat crashed into another and sank in the Mississippi River last month have filed a wrongful death lawsuit against the owners of both boats, saying the vessels weren't seaworthy.

The suit was filed by the families of Matthew Brigalia and Shawn Pucheu, two of the men killed when the RC Creppel collided with the Cooperative Spirit near the Hale Boggs Memorial Bridge near Luling on Jan. 26.

It claimed the companies that owned the towboats were at fault for the crash because they didn't provide adequate training or safety equipment, among other operational failures.

All the deficiencies added up to an unseaworthy vessel that crashed and killed three men, the suit claims.

One unnamed crew member was rescued by a passing vessel, but Brigalia,  Pucheu and Lester Naquin Jr. were never found. The U.S. Coast Guard searched for over a day but was not able to recover their bodies.

The lawsuit was filed with the Orleans Parish Civil District Court. It didn't specify how much the families were seeking, but said that they were dependant on the men, and were asking for compensation for "pain and suffering," and "mental anguish" as well as loss of earnings and several other expenses.

The Creppel was owned by New Orleans-based Elite Towing Inc. A company from Illinois, American River Transportation Co., owns the Cooperative Spirit, which did not report any casualties from the incident.

American River Transport Co. filed their answer to the suit on Feb. 6: a limited liability claim in the U.S. District Court. The company contends the crash wasn't caused by their equipment or crew, "nor was (the) Cooperative Spirit in any way unseaworthy."

The company's filing was an attempt to limit the amount they could be found liable for in the crash to the value of the Cooperative Spirit and the cargo it was towing at the time of the crash. American River Transport Co. estimates that value around $7.3 million.

Elite Towing, which owned the RC Creppel when it sank, hasn't responded directly to the lawsuit, according to a report from the Times-Picayune | The New Orleans Advocate. Instead, they have asked the U.S. District Court to let them review electronic recordings from the Cooperative Spirit.

The Coast Guard and the National Transportation Safety Board are both investigating, but have not determined a cause of the crash.