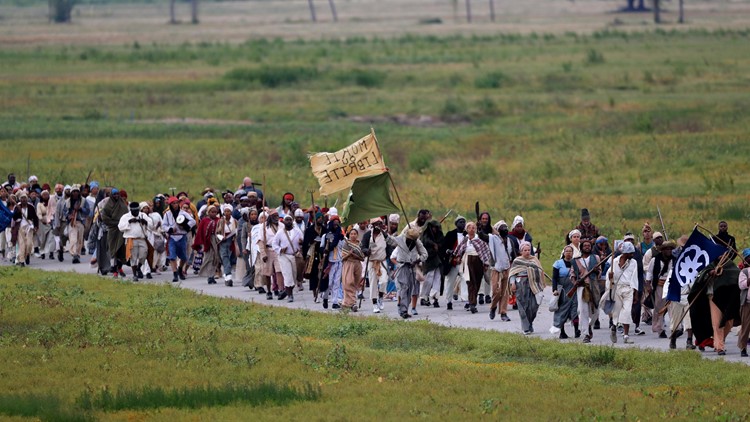 Photo by: AP
People march through the Bonnet Carre Spillway as they participate in a performance artwork reenacting the largest slave rebellion in U.S. history, in Norco, La., Friday, Nov. 8, 2019. The reenactment was conceived by Dread Scott, an artist who often tackles issues of racial oppression and injustice. (AP Photo/Gerald Herbert)

LAPLACE, La. — To the beat of drums and the clip clop of horses' hooves, the crowd of African Americans dressed in period costume marched down a street Friday in southeastern Louisiana, recreating the start of what became the largest slave uprising in U.S. history.

Across the street, Claudine Ory, came out of her house to see what was going on and cried.

"It brought tears to my eyes. It was heartbreaking to watch," she said. "In this day and age there's still white people that don't like black people. And when is it going to end? So maybe seeing something like this ... maybe it'll change people's minds about the human race."

Making people think — that's the goal for performance artist Dread Scott, who conceived of this reenactment eight years ago.

Scott, whose work centers on racial strife and oppression, was interested in how people become free. Scott says those who took part in the 1811 rebellion were "heroic" and that's something people should know about and be inspired by.

In 1811, a group of roughly 200 to 500 slaves from sugar plantations in the area rose up against their enslavers. The group first attacked Manuel Andry, a plantation owner in St. John the Baptist Parish, a scene that was played out at the reenactment's beginning.

Waving machetes and pistols, the reenactors stormed the house and encircled the man playing Andry — John McCusker. Speaking before the reenactment, McCusker said his ancestors were Spanish and French slave owners in southeastern Louisiana.

He sees his role in the reenactment as just being "an honest historian" and talking about what happened.

"I'm not responsible for what they did but for me to defend their actions today would be to recommit the sin for which they are guilty," he said.

The procession is marching toward New Orleans and concludes Saturday in the city's famed Congo Square. The rebels' goal was to overthrow the government and establish a free republic for enslaved people but their rebellion was crushed. Many were executed and their bodies beheaded, with their heads placed on spikes.

Scott's team has spent years getting ready for the reenactment — obtaining permits, reaching out to the local community and making costumes. One of the people they reached out to was Donald Ray August Sr.

He's been the pastor of Rising Star Baptist Church for 25 years and was among the reenactors Friday. His church sits in an area called Woodland Quarters, which is the former slave quarters for the Andry plantation.

August said little is ever said about the uprising in the area where it happened. He hopes people come away from the reenactment with a desire to know more about this chapter in history.

"Even though it cost them their lives, these people ... they have to be considered heroes," he said. "The things we talk about so much ... freedom, independence, being able to establish our future course of life. These people had the same desire." 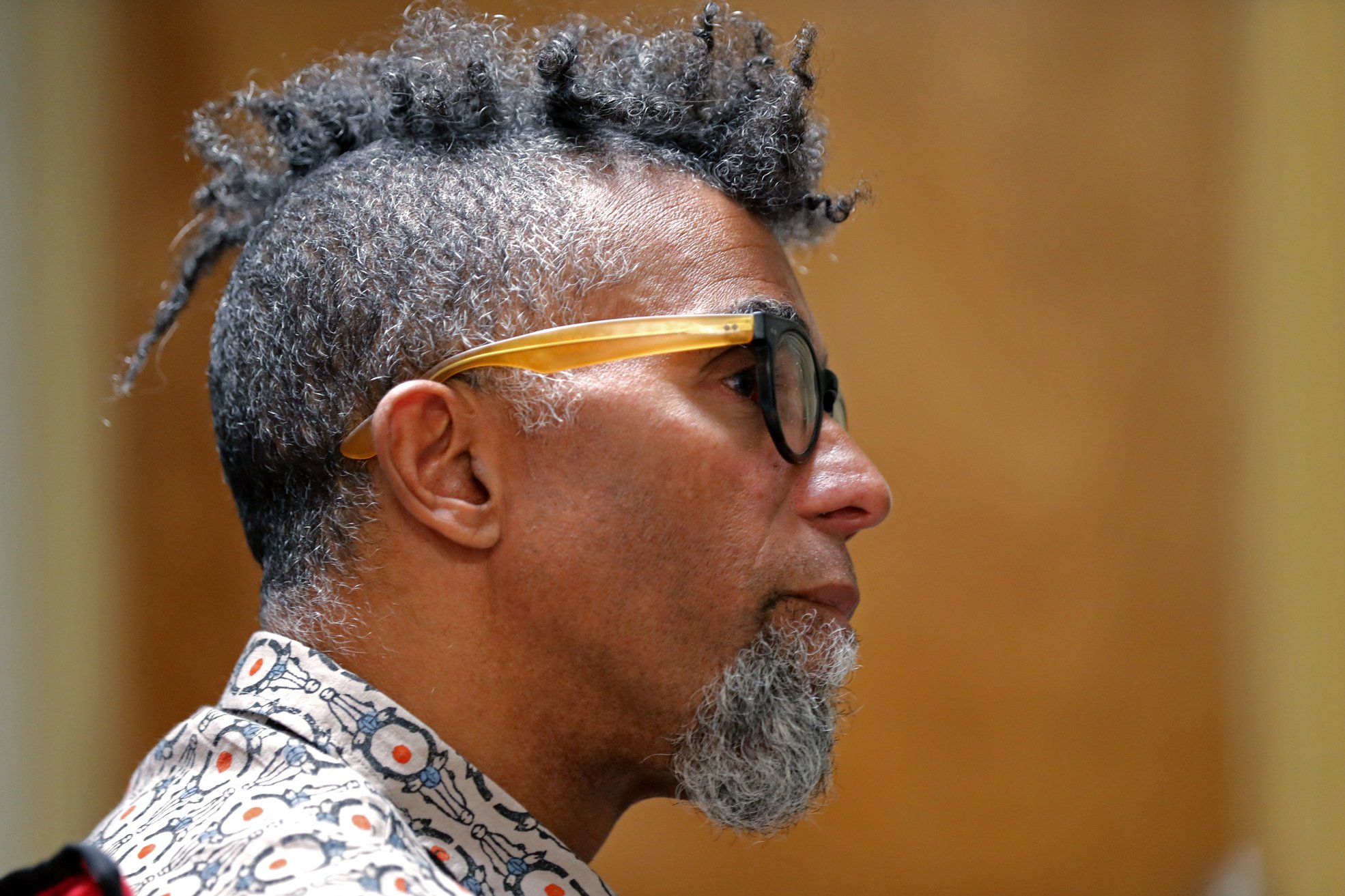 Heritage of resistance: Reenactment to honor slave rebellion
NEW ORLEANS (AP) - Against the modern backdrop of oil refineries, strip malls and gated communities, hundreds of reenactors will gather Friday in southeastern Louisiana to remember a time when slavery flourished as a blight on America and some enslaved people fought back. They plan to reenact the largest slave rebellion in American history.