Meg Farris gets advice from a general contractor on how to save your house from taking on more damage. 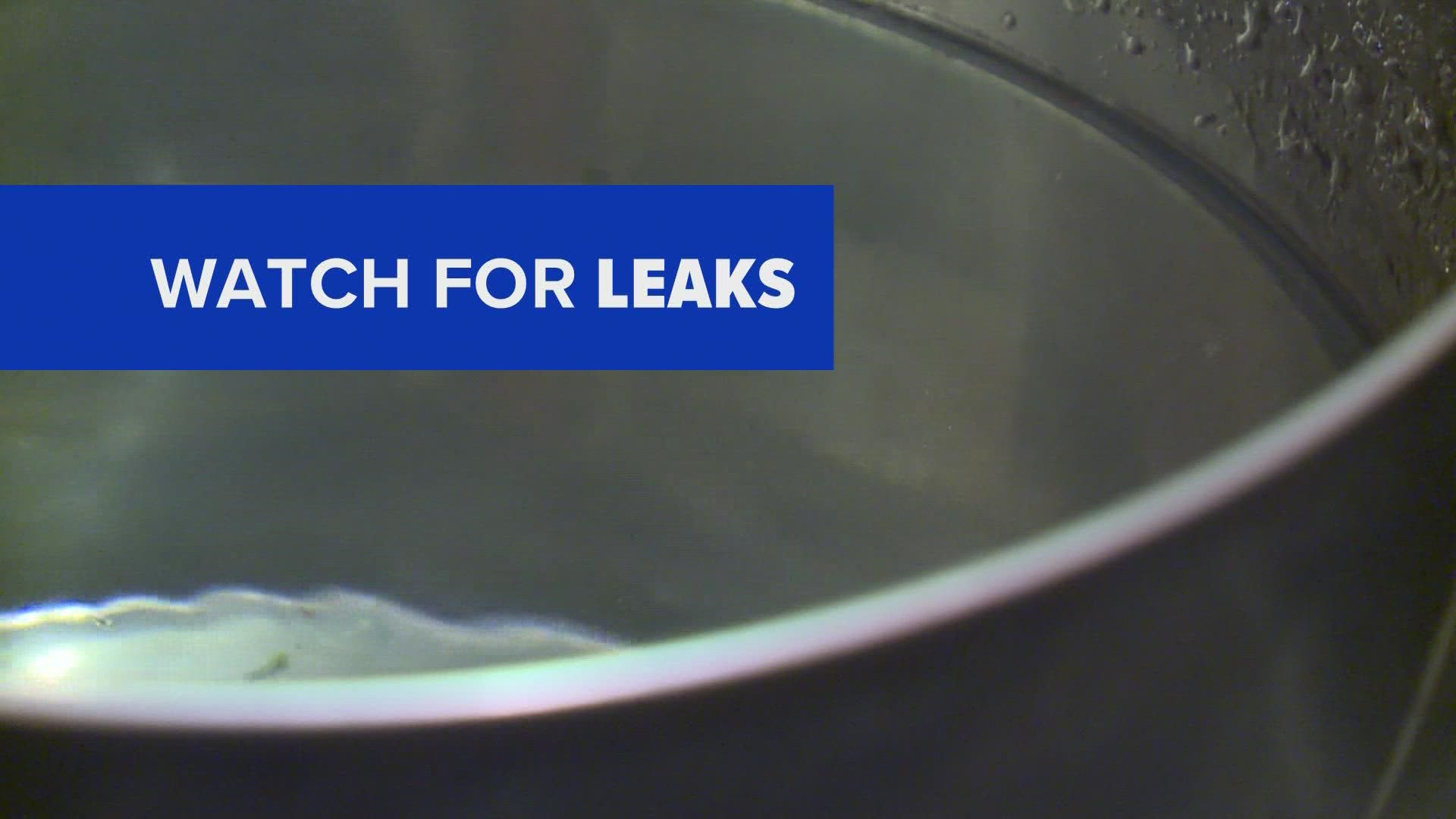 LAPLACE, La. — As people repair the damage caused by Hurricane Ida, they’re finding themselves dealing with the rain from Tropical Storm Nicholas.

So how can you stop the rain from Nicholas from making an already damaged home even worse?

We met Harold Delay in LaPlace right after Ida. His home had major damage and like most people’s homes, it’s still not fully repaired. The rain from Nicholas cause more leaks in his bedroom and bathroom.

General Contractor Jon Drennan gave us some tips to help people like Delay minimize the damage over the next couple days.

He said that first, if you’re lucky enough to have a blue tarp, keep in mind that it’s not as strong as shingles and it may not cover all the damaged areas on your roof. So, keep an eye out for leaks.

Drennan said the best thing to do is stop water at it’s main entry point, like the attic. Buckets will work well. Some people even use plastic children’s swimming pools to catch the water.

If the water is coming in through sheet rock, cut a small hole and let the water flow through, that you you’ll only have to replace that small hole, rather than a large, moldy mess.

Drennan also said that if water is coming through your recessed canned lights, to turn off the circuit breaker and pull the trim kit out from around the light. That way you might avoid damaging the entire ceiling.

Also, make sure any water coming from the roof or ceiling is dripping into a bucket or pan. Protect your floor, rugs, furniture and electronics from the leaks.

When the rain stops, dry the area with towels, fans and dehumidifiers as fast as you can.

Drennan says to remove damaged sheet rock quickly, because over time just a little moisture can cause a big mold problem.

And remember, if you still need your roof covered, the number for the Army Corps of Engineers roof tarp program is 888-roof-blu or go to BlueRoof.US.