Beth Stroud thought that she and her 4-year-old daughter were a safe distance from a neighborhood fireworks display, but a blast knocked over an artillery box and sent the fireworks across a pond and onto their porch. 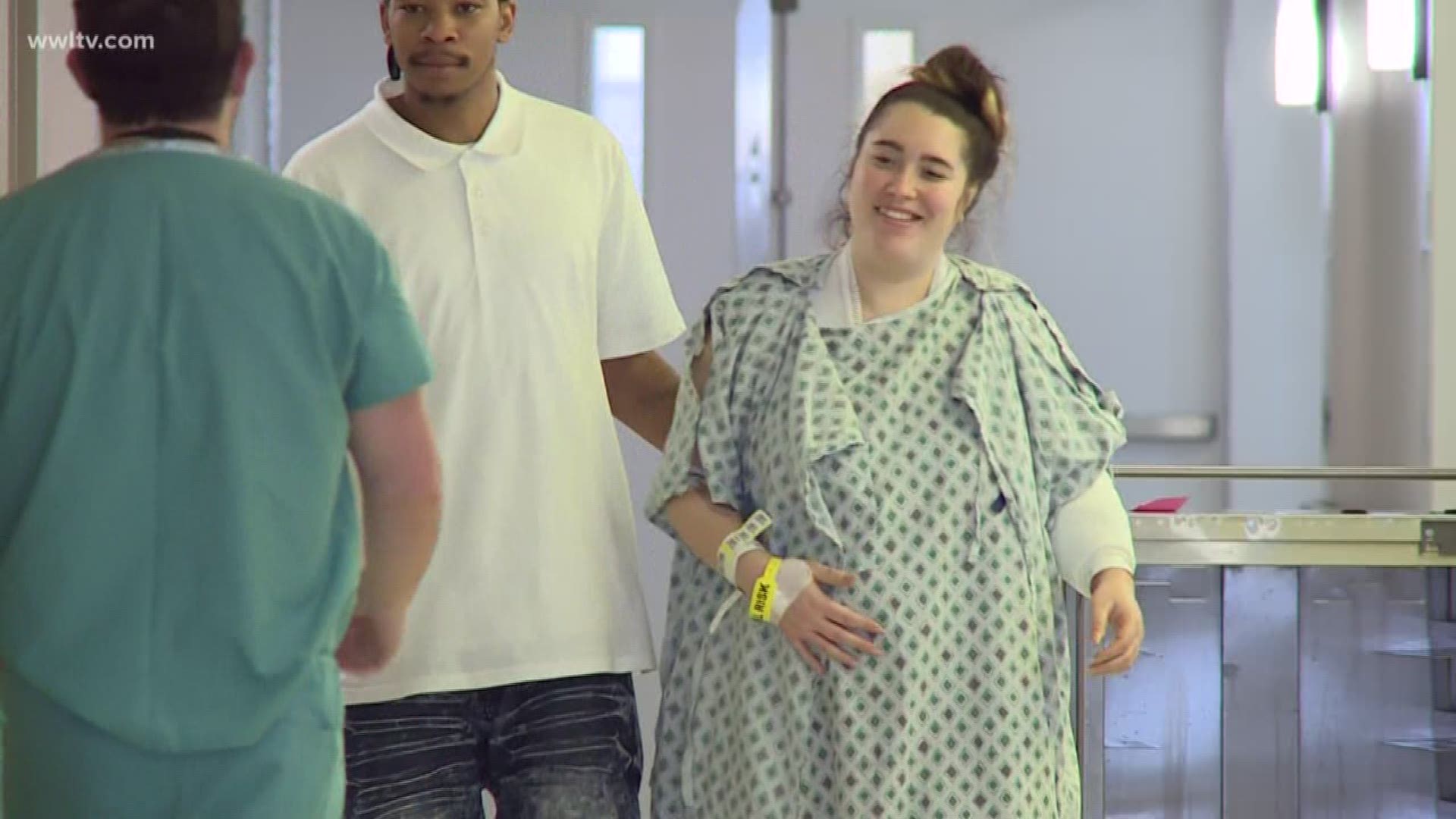 RESERVE, La. — An expectant mother is suffering from second-degree burns cause by home fireworks at a neighborhood gathering.

She was seriously burned while protecting her 4-year-old little girl from what could have been terrible injuries.

"I saved my daughter's life. I know she probably wouldn't make it through this," said Beth Stroud, 27, of Reserve.

Stroud is scheduled for surgery Thursday for the severe burns she suffered at a New Year's Eve party.

Her injuries came as the New Orleans area has seen an increasing number of people using fireworks at neighborhood parties. Often, they are more than just firecrackers. In some cases, big, major fireworks. They have caused fires and property damage.

Eric Blackwell hasn't left his pregnant fiancee's side since she was admitted to the burn center at UMC on New Year's Eve. Much of her left side from her breast, her abdomen, her arm and thigh have second and some third-degree burns from fireworks at a home gathering.

"It was unbelievable. It just happened so fast and it's so, so much damage done within a matter of seconds," Blackwell said.

They were shooting a 12-count artillery box when the blast knocked it over. Instead of the display firing high into the sky and exploding, it crossed a pond and headed straight to the porch where family and friends thought they were safely watching.

"I couldn't hear anything. I was panicking, like, 'Just get the clothes off of me.' My clothes was still on fire, so it was still burning me as I was trying to take my clothes off,"  Stroud remembers.

She pushed their their daughter Zariah behind a chair and took the hit.

"It's really painful for me, so being that she's four-years-old, she couldn't really handle this pain. It probably would have been tragedy, really bad for her," Stroud said from her hospital bed at UMC.

Her clothes were ablaze. Eric reached through the flames and started ripping them off. When Beth saw the burns and blood on her pregnant abdomen, she feared for their unborn son Zaiden who is due in three months.

"I was like, 'Jesus, please don't tell me anything's wrong with the baby, because I already had a miscarriage last year.' So this would have been tragic," she said.

Dr. Carter says just at UMC alone, four patients came in with home firework burns. He says these types of burns can be more damaging because of the blast wounds and chemicals.

"Things that are used in the firework to release those beautiful, bright lights, can actually be very toxic, so we try to remove them so there's not that risk of absorption over time," Dr. Carter said.

"That's my love, you know," Blackwell said as he kissed Beth. "I mean, so I definitely, never want no, no injuries or pain to her at all."

Thursday Beth will have surgery with a team from the burn unit, but also specialists from anesthesiology and obstetrics, since she there are precautions for the care of her unborn son. The doctors say the risk of infection, without surgery, is of higher concern.