Judge Jeff Perllioux is awaiting trial for allegedly groping his teenage daughter's friends. He has been suspended but has held onto his seat since 2018. 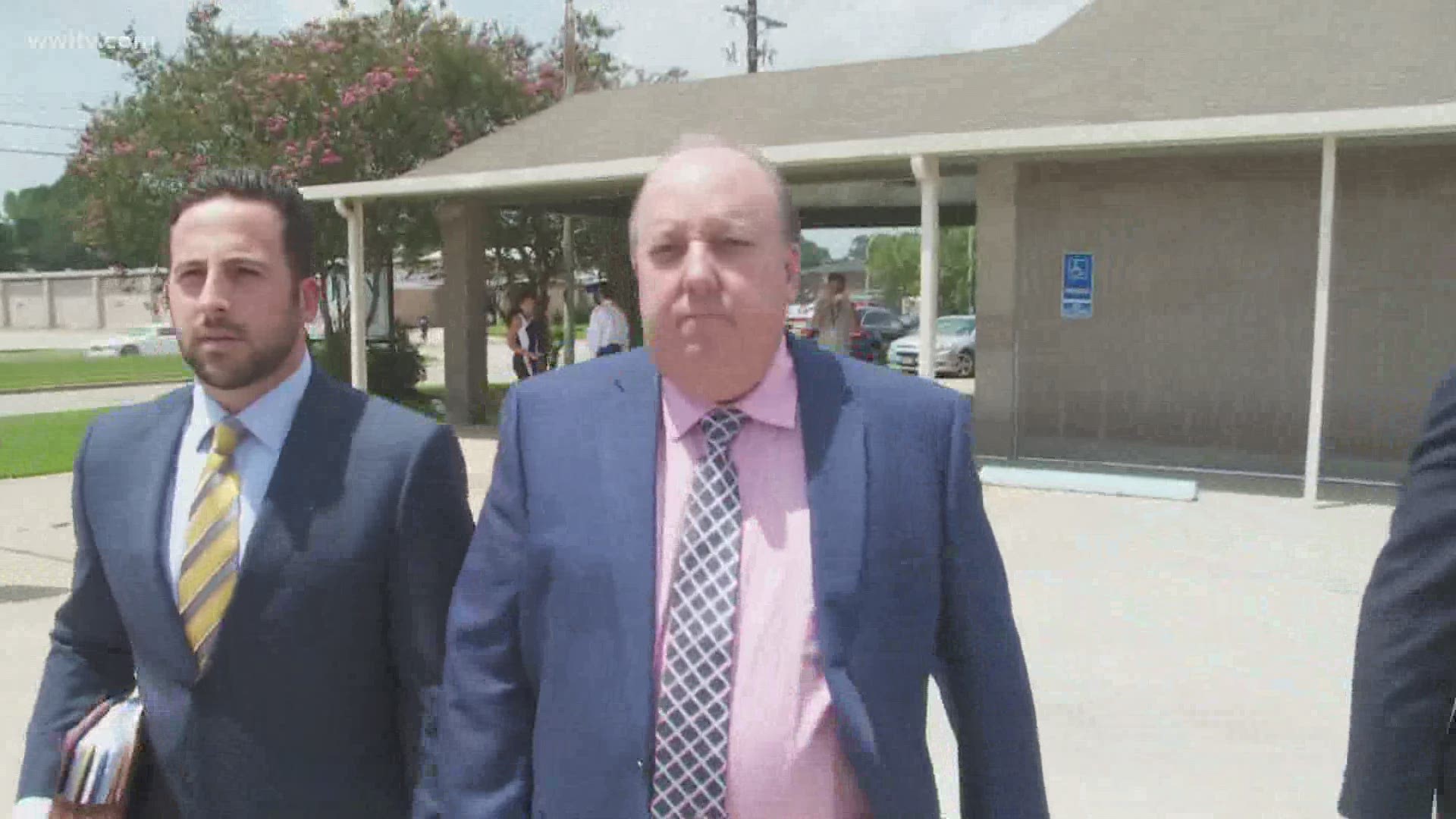 LAPLACE, La. — A St. John the Baptist Parish judge who stands accused of inappropriately touching several teens qualified to run for his current judgeship on Friday.

Jeff Perilloux, the suspended judge of the 40th Judicial District, is accused of groping his teenage daughter's friends and is awaiting trail for three counts of indecent behavior with a juvenile and one misdemeanor sexual battery charge.

While the charges stem back to incidents in 2017, Perllioux's trial has been delayed four times. He has pleaded not guilty and denies any wrongdoing.

He has remained suspended from his seat on the bench while awaiting trial. On Friday morning, he arrived at the parish courthouse to officially qualify to run for reelection in November.

Standing outside the courthouse, Perllioux spoke to reporters about his campaign and his charges, saying the ordeal has been difficult for his family.

"Next to losing a child, I can't think of any worse experience for an individual to go through than to be accused of a crime they did not commit -- especially one involving hurting a child," Perllioux said.

Perilloux posted a $35,000 bond after he pleaded not guilty to charges in 2018 and has been free since.

The availability of expert witnesses prosecutors want to testify was the reason for the most recent trial delay.There is no clear court date.

Prosecutors say there was evidence of a "lustful disposition," including photos and videos from a beach trip in Florida with his daughter and her friends.