Sheriff Randy Smith painted a different picture of what happened that night on the Sheriff's Office Facebook page Friday, calling it a "brief struggle." 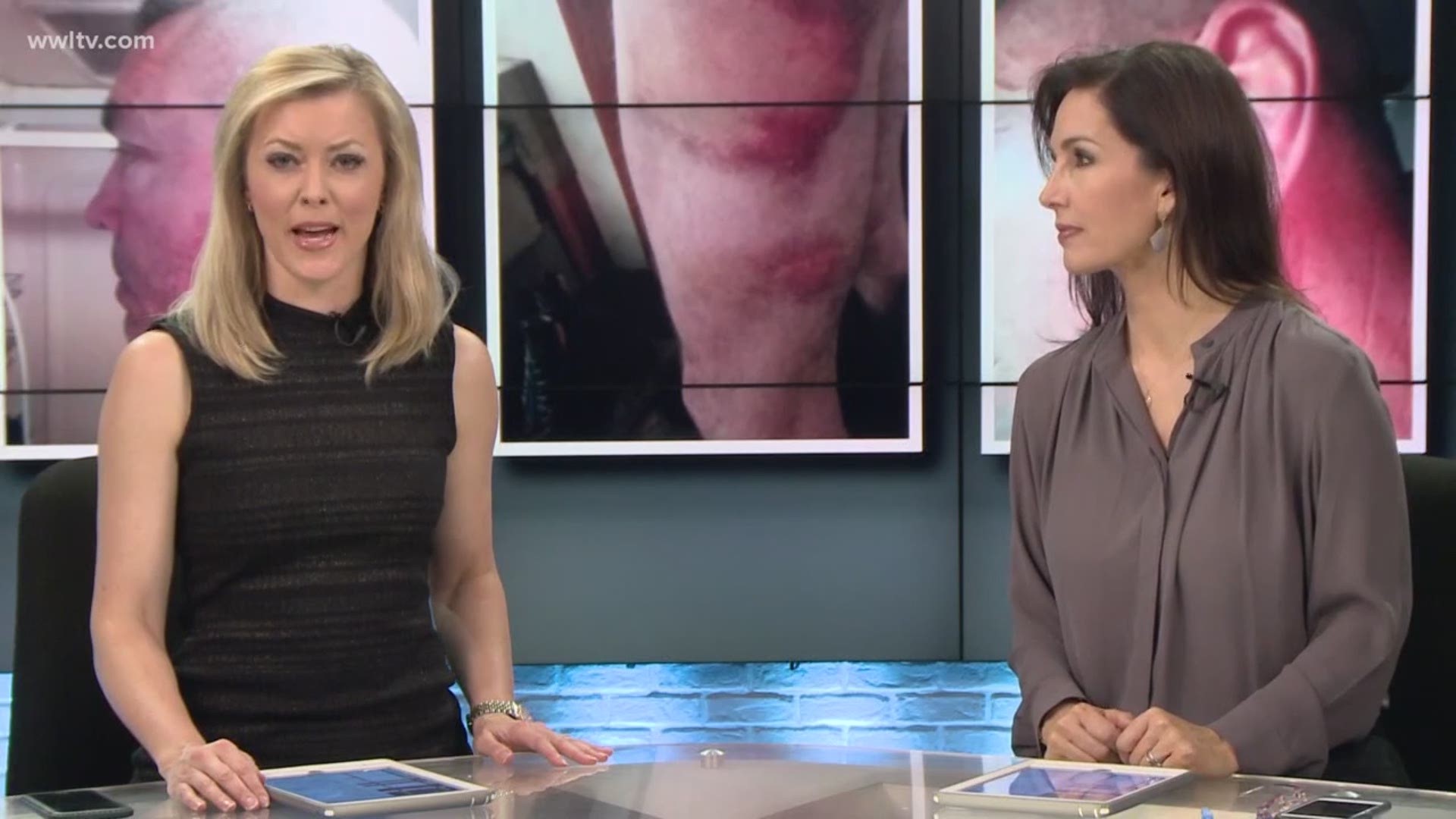 In her report the Pearl River Police officer described Cambre as “calm” before the incident turned violent when one of the deputies shouted at Cambre to get on his knees and the five men proceeded to beat him to the ground.

Sheriff Randy Smith painted a different picture of what happened that night on the Sheriff’s Office Facebook page Friday, calling it a “brief struggle,” saying the deputies were complying with a physician’s order to take Cambre into protective custody.

In an exclusive interview with WWL-TV and partner newspaper The New Orleans Advocate, Cambre described how the events unfolded.

“It actually wasn't one of my worst nights. It was just a bad night,” Cambre said.

After serving a year in combat as a military police officer during the Iraq War, Cambre was diagnosed with Post Traumatic Stress Disorder, or PTSD.

Some nights, Cambre said, the PTS manifests itself through intense bouts of anxiety and depression.

On Jan. 21, he turned to Facebook to talk about it, posting “I’m struggling over here.”

Cambre said friends started reaching out in their comments and text messages asking if he was ok, overwhelming him to the point that he stopped responding.

One of them called 911 asking Pearl River Police to check on Cambre to make sure he was really ok.

Cambre said about a half an hour after his Facebook post, a Pearl River Police officer and a local paramedic from St Tammany Fire Protection District 11 knocked on the door of the travel trailer he calls home.

And according to both Cambre and police, he never raised his voice.

“All I seen was just dark silhouettes coming around the front,” Cambre said.

While Smith said on Facebook that his deputies had a physician’s order to take Cambre into protective custody, Jennings said his department had no knowledge of any physician’s order, and they had responded to conduct a welfare check.

When the five St. Tammany deputies arrived, they approached Cambre with rifles drawn.

“I heard somebody ask 'is he armed?' Pam [the paramedic] turned around and told them no he's not armed. And I heard it too so I raised up my shirt and turned around so they could see,” Cambre said.

The report says the deputies put their rifles back in their car.

Jennings said Cambre talked with first responders for over an hour, telling them he did not want to go to the hospital.

Eventually, Cambre said, one of the deputies shined a flashlight in his face.

“I took a couple of steps back and I look behind the shed and by the time I turned around, I mean, next thing I know I hear an asp coming out,” Cambre said, referring to a collapsible police baton.

The report says one of the deputies shouted, "I'm tired of dealing with your fu**ing s**t; get down on your knees!"

The report and Cambre’s account differ on the sequence of events, but he was beaten and Tased.

Cambre still has one of the prongs from the deputy’s taser that pierced his skin.

“He's screaming at me to stop resisting and I'm thinking to myself as I’m being Tased, I'm not resisting. I can't resist. I can't move,” Cambre said.

The report says the five deputies jumped on top of Cambre, and one continued to beat him with the baton.

“They roughed me up pretty good. I had bruises from the top of my leg down to my knee. The bottom of my rib cage was all bruised up,” he continued. “The side of my face from right about here all the way down was bruised and lacerated.”

Smith’s statement did not mention the beating.

The deputies handcuffed Cambre and placed him on the stretcher. Paramedics took him via ambulance to Ochsner Hospital in Slidell, and the deputies left the scene.

“I don't understand what he did wrong to deserve to be Tased or batoned, but I wasn't out there,” Jennings said.

He said he reached out to St Tammany Sheriff Randy Smith the next day. Cambre wanted to file a complaint with internal affairs, but it wasn’t an easy task.

“I went up to the sheriff's department, the local one right there in Slidell and said, ;I'd like to make a complaint against the officers.' The desk sergeant went in the back and said none of the higher up, are around right now to file a complaint,” Cambre said.

There's no number listed for the public to call to file a complaint on the sheriff's office website, but it does list an email address. Cambre said his family members sent an email and set up an appointment for him to go back and file the complaint the following day.

The officer tape recorded his statement and took pictures of his injuries.

“I felt a little nervous about it because the last thing they said to me after they took my statement was you know sometimes these things don't get resolved because there's not enough evidence. Which, in my mind, I knew. I knew what they meant by that. That meant it was gonna get swept under the rug,” he said.

Two weeks later, Cambre called to check on the status of the investigation and was told the case was closed due to “unsubstantiated evidence.”

A spokeswoman for Sheriff Smith said after the facts of the case were reviewed by internal affairs, including witness statements they determined the deputies followed proper protocol.

“Our deputies followed protocol including the STPSO use of force policy and their training practices when dealing with a non compliant individual,” said Public Information Officer Meredith Timberlake.

Smith declined requests for an interview.

Jennings indicated the policies and procedures for his department wouldn’t allow that use of force for someone who wasn’t being placed under arrest and said Smith’s internal affairs sergeant also told him the deputies acted properly.

“After we found out that the calls, that they decided the case was closed, that their officers handled it properly, then it was handed over to the DA's office and they're actively investigating this case,” Jennings said.

District Attorney Warren Montgomery has not filed charges against the officers however, “After a preliminary investigation, I have referred this matter to federal authorities for their determination if there was any possible violation of federal civil rights."

After his first year as Sheriff, Smith said he was forming a Crisis Intervention Unit, getting four officers trained in Texas to handle situations like the one involving Cambre.

Smith’s spokeswoman did not say whether any of the five responding deputies was one of those trained.

“They never once identified themselves to me. They never spoke to me. They pretty much just came in and beat me up and left,” Cambre said.

The visible wounds the deputies left behind have since healed, but the added invisible ones piled on to his daily struggle.