"We believe the best way for Mrs. Benson to truly clarify the situation, would be to release the email exchanges between the Saints and Catholic officials.” 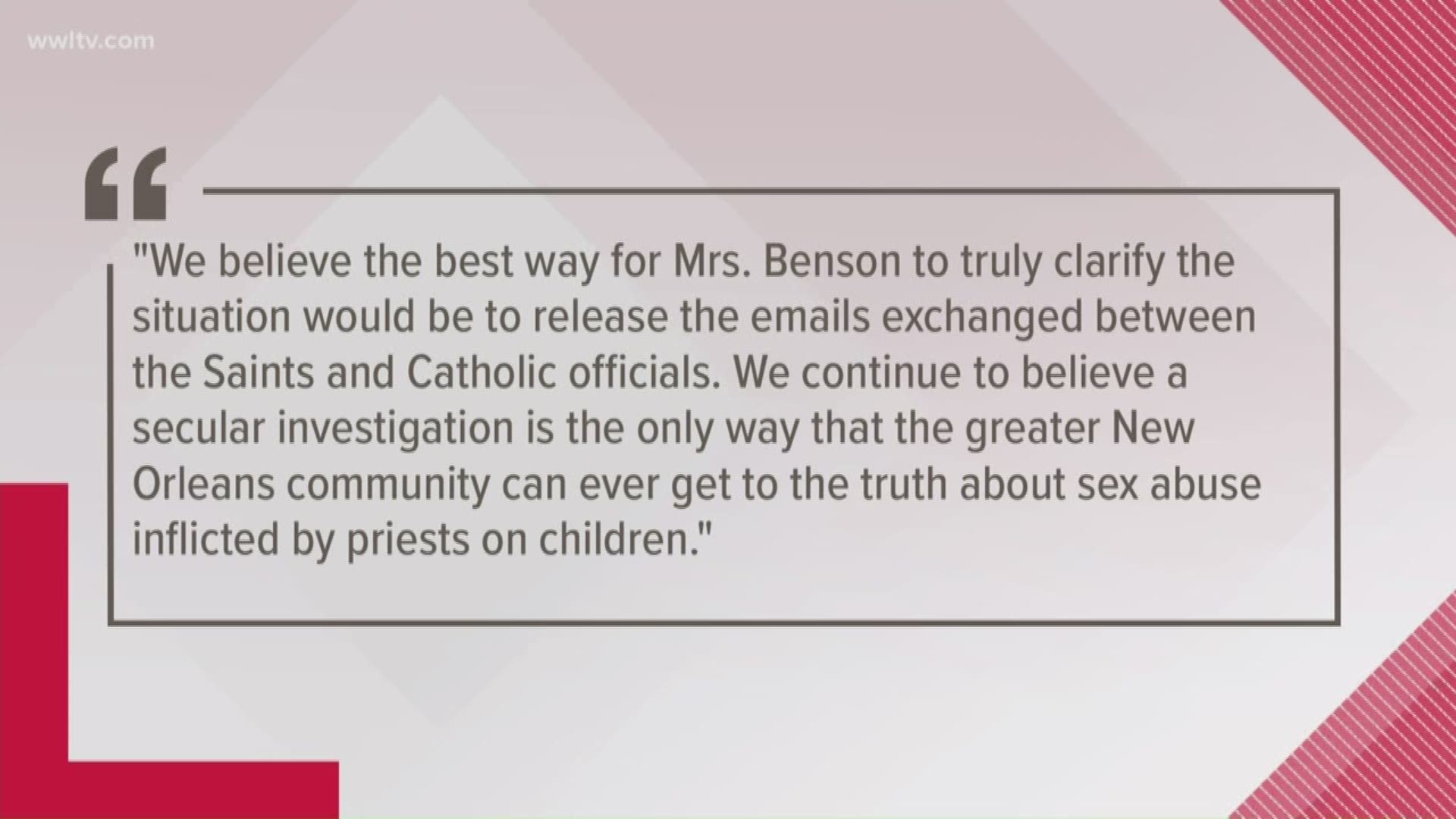 NEW ORLEANS — SNAP New Orleans is calling on the Saints organization to release emails they exchanged with the Archdiocese regarding the list of clergy members credibly accused of sexual abuse.

Saints owner Gayle Benson released a statement Monday in response to an upcoming story by the Associated Press repeating that the Saints only helped guide the Archdiocese as they released a list of clergy members credibly accused of sexual abuse in 2018, but did not have any influence over which names were and were not included on the list.

Attorneys suing the church allege that confidential Saints emails show the team actively helping to shape a list of credibly-accused clergy that appears to be an undercount.

SNAP, Survivors Network of those Abused by Priests, said in part: “We believe the best way for Mrs. Benson to truly clarify the situation, would be to release the email exchanges between the Saints and Catholic officials.”

SNAP also called for a secular investigation into the case.

“We continue to believe a secular investigation is the only way the greater New Orleans community can ever get to the truth about sex abuse inflicted by priests on children,” they said.

WWL-TV, The Times-Picayune | New Orleans Advocate and the city’s other major television stations have filed a motion asking that they be allowed access to an upcoming court hearing on the question of whether emails and other communications between the Archdiocese of New Orleans and executives of the New Orleans Saints organization should remain confidential.

The hearing in question is set for Feb. 20. The hearing arose from a lawsuit filed by an anonymous man who says he was molested by George Brignac, a former Catholic deacon, decades ago. Brignac’s conduct has been the subject of numerous lawsuits, and he faces a criminal charge of rape in Orleans Parish.

During the discovery process in the case, lawyers for the plaintiffs unearthed 276 emails that show that members of the Saints organization were advising church officials on how to manage the fallout from sex-abuse scandal, which reignited locally after the Brignac revelations.

The Saints and the archdiocese have said the emails are confidential and should remain so.