The day after WWL-TV covered the story, the contractor was back to fix the problem 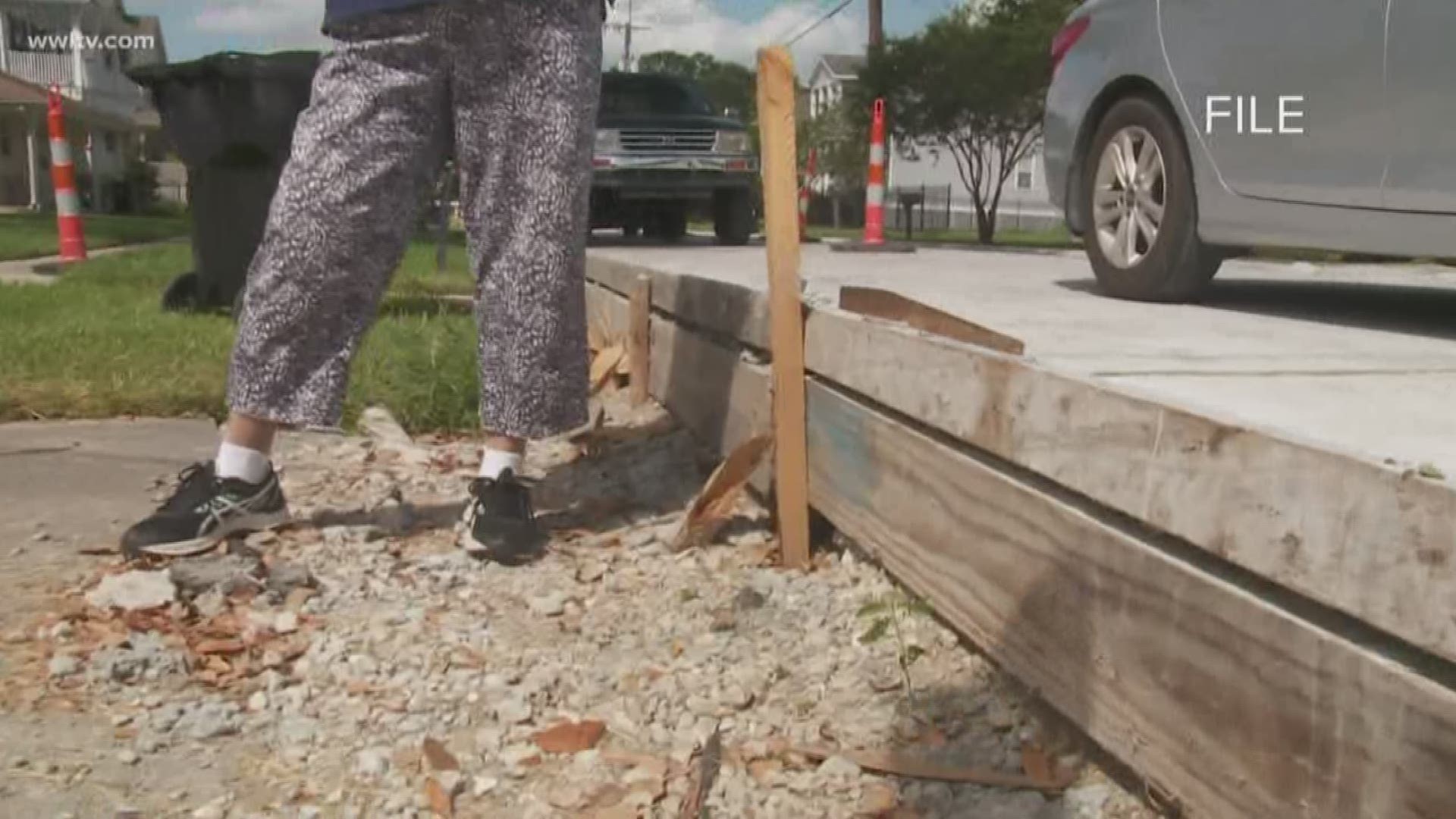 NEW ORLEANS — Evelyn "Bobbie" Redmann has been one of the more vocal critics of the road rebuilding project on 22nd Street in front of her home.

The 87-year-old long time Lakeview homeowner complained when her front yard ended up a foot-and-a-half below the new street level.

The day after our first story aired two weeks ago, Beverly Construction, the firm doing the street construction was back on her block.

"The construction company has come and put some aggregate on the walkway from the street and on my driveway and my neighbor's driveway so that we can get into our driveways," Redmann said.

Redmann is happy she can use her driveway again for the first time since June. But, she's still not sure how the city is going to re-slope her front yard so it doesn't flood.

"They're working on that to see how much they'll do and how much I have to do," Redmann said.

Donald Crosby owns rental property across the street from Redmann.

He pointed out a broken water pipe, now leaking under the brand new road surface.

"You've got a big leak right there," Crosby said. "I just talked to one of the supervisors and they told me they just repaired, they didn't replace the drainage. They got the old drainage still sitting under there." 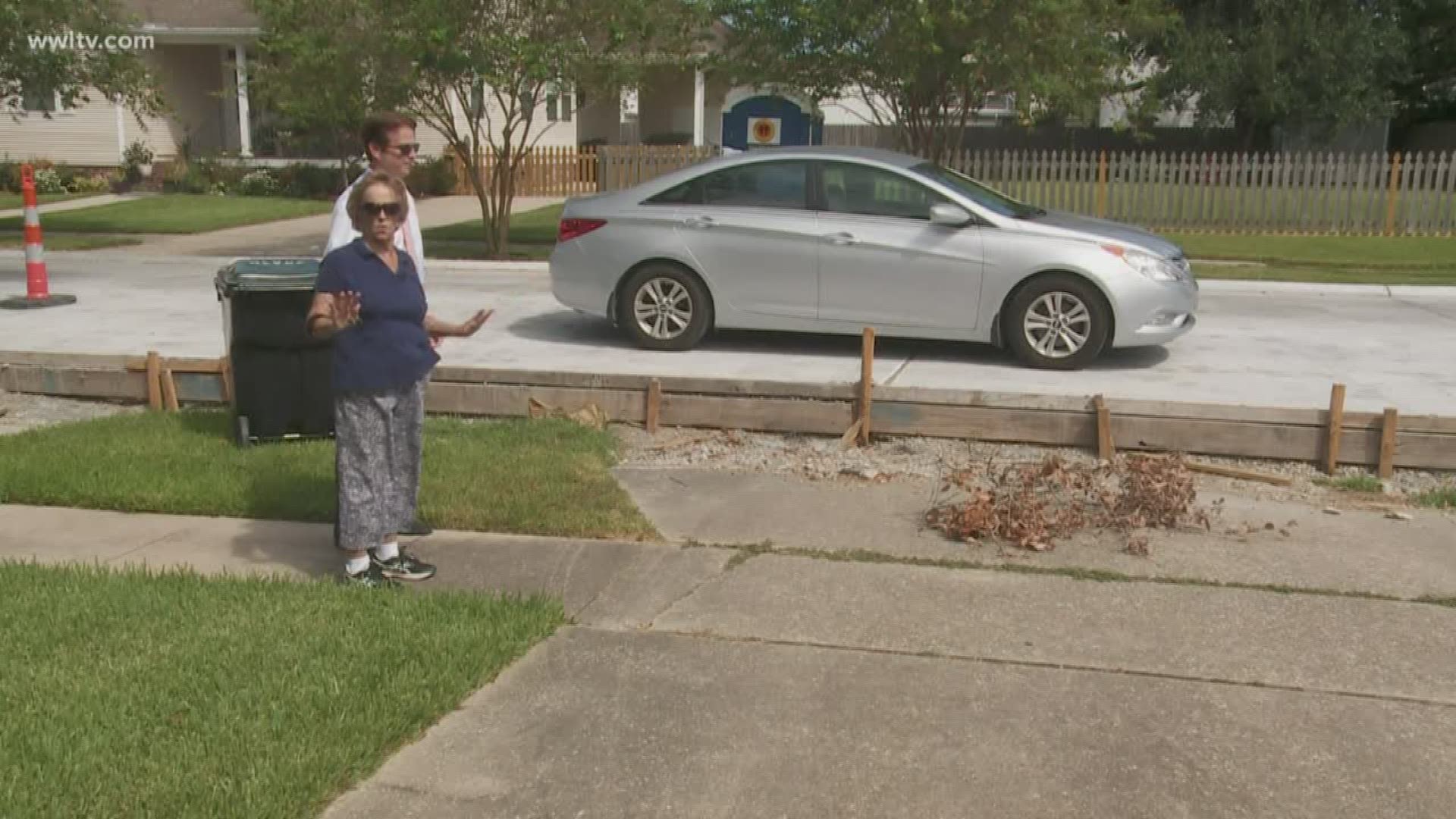 Crosby said it looks like crews may have to dig up the street again to fix the pipe.

"They should have fixed it right the first time," Crosby said. "That's New Orleans sewerage. It's in bad, bad shape."

Despite some bumps in the road, Redmann is now cautiously optimistic the city and contractors will do right by her and her neighbors on 22nd Street.

"WWL-TV, I think really helped get things going and got the city back to doing their part with the construction company and with Roadworks," Redmann said.

A spokesperson for The City said the project team is working on a more permanent solution to 22nd Street's problem and released the following statement:

"Work has resumed on a number of streets in the $5.6M West End Group A project including 16th Street, 20th Street and Avenue A. The project team is currently reviewing the construction elevations on 22nd Street to determine an appropriate path forward for resolving the difference between the new grade of the roadway and the elevation of adjacent driveways. The affected driveways on 22nd Street were temporarily filled two weeks ago. We anticipate that the contractor will return to work on 22nd Street in the next few weeks to implement a permanent solution."