ERCOT pressed again on when the power will be back on

In a media call on Wednesday, ERCOT said 40 percent of generation went offline. 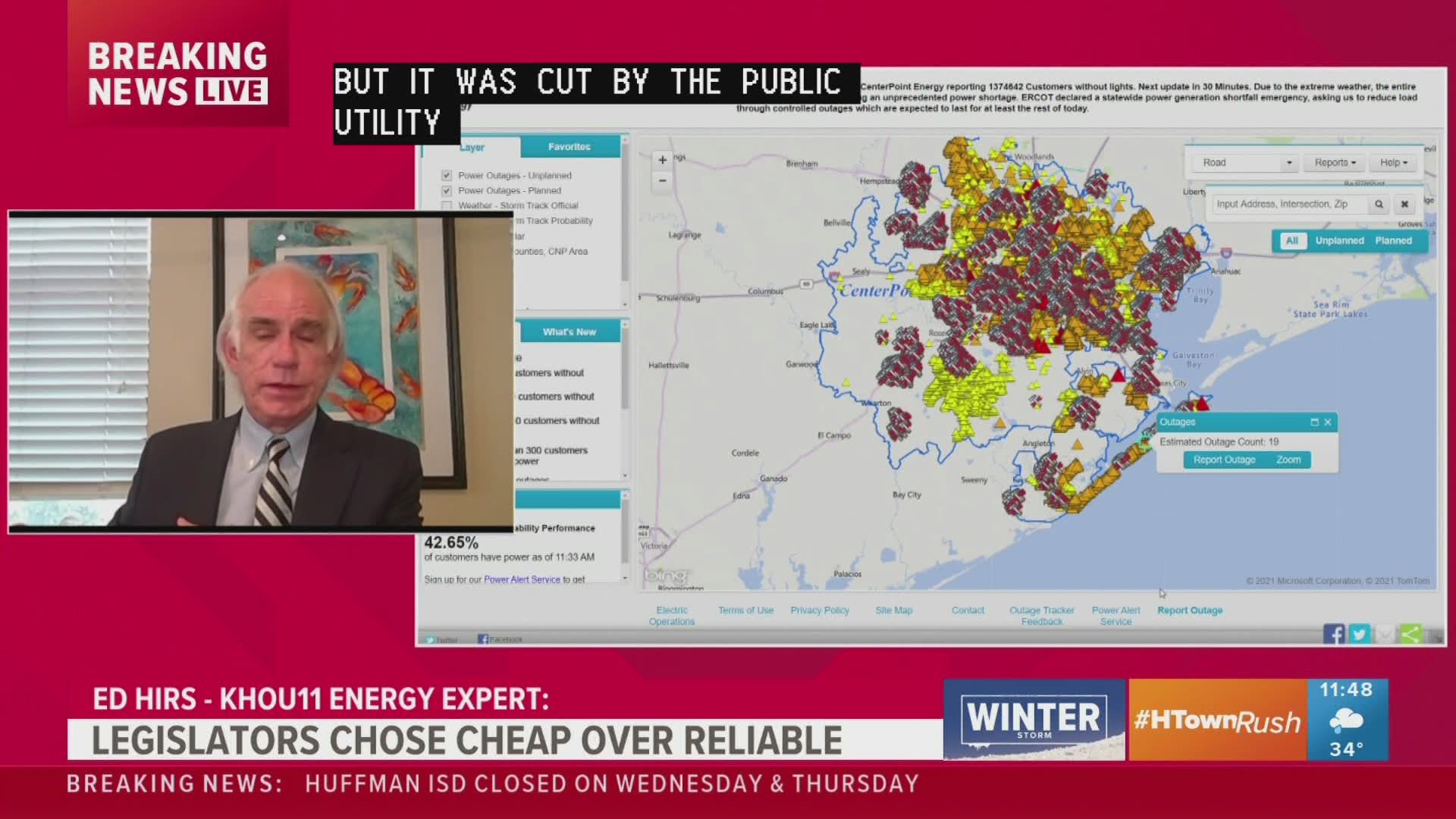 HOUSTON — It’s another day of power outages across the Houston area and all of Texas. In the Houston area, there are still more than a million customers without power and the big question is—when is it coming back on?

ERCOT officials could not give a firm estimate of when power would come back on for people, but did say they hoped to soon get back to rotating outages that only last 15 to 30 minutes in a best-case scenario. Hours-long controlled outages remain in place, however.

RELATED: Texas didn't learn its lesson | Experts say little has changed with winterization of generators since blackouts of 2011

KHOU 11 energy expert Ed Hirs says the temperature has a lot to do when that’ll happen.

“Were not going to have power back until it gets warmer,” he said.

You can watch part of our interview with Hirs in the video window above.

"We had to reduce demand to get supply and demand in balance. We're working to get that back," CEO Bill Magness said.

Winterization of these plants, while encouraged, is not mandatory.

Officials said power generators had instrument lines freeze during the severe cold weather. Various elements at the facilities froze up, and there were freezeoffs in wellheads. Today, at least one generator is down because icy roads are preventing water from being brought in.