Record-breaking cold and generators going offline have led to electric power emergencies for millions of Texans. 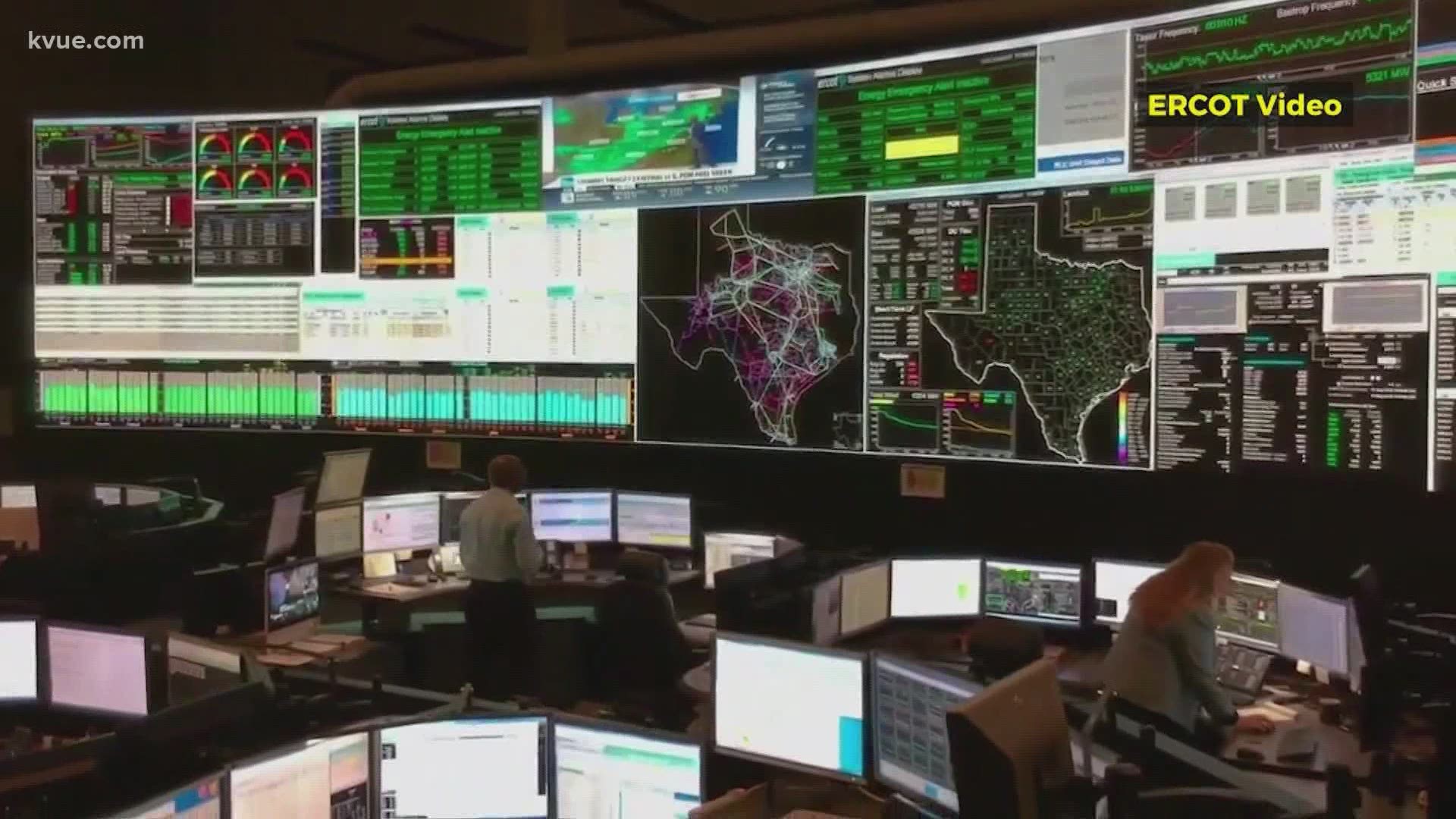 AUSTIN, Texas — As the snow was falling in the early morning hours Monday, an emergency alert went out from ERCOT – electric service providers across the state were ordered to launch rotating outages.

ERCOT – the Electric Reliability Council of Texas – doesn’t own power lines or generate electricity, but manages the electric power grid in most of the state.

Because of the bitterly cold weather, electric usage in Texas hit an all-time winter peak on Sunday night between 6 p.m. and 7 p.m.

By 1:30 a.m. Monday, ERCOT ordered electric utilities across the state to cut power in so called rotating outages – what many call rolling blackouts. Originally planned to last 40 to 45 minutes, for most electric customers, those power outages lasted much longer.

According to the online industry newsletter powermag.com, by 10:30 a.m. Monday, “The state lost more than 40% of its operable capacity to generate electricity.”

Late Monday evening, ERCOT said some power generators were coming back online, but blackouts could continue to last a while.

“We have quite a bit of generation that’s unavailable to serve the high demand we’re experiencing due to the cold temperatures, so it’s possible we will need to continue to implement these controlled outages through tomorrow,” said Leslie Sopko, a spokesperson for ERCOT.

How people are helping the homeless in the extreme cold

'Everyone is working around the clock to restore power,' says Gov. Abbott as outages continue statewide