"All that sand there, I think the best way to think of it now is just of a reminder of that incredible land-building machine in our backyard," an expert said. 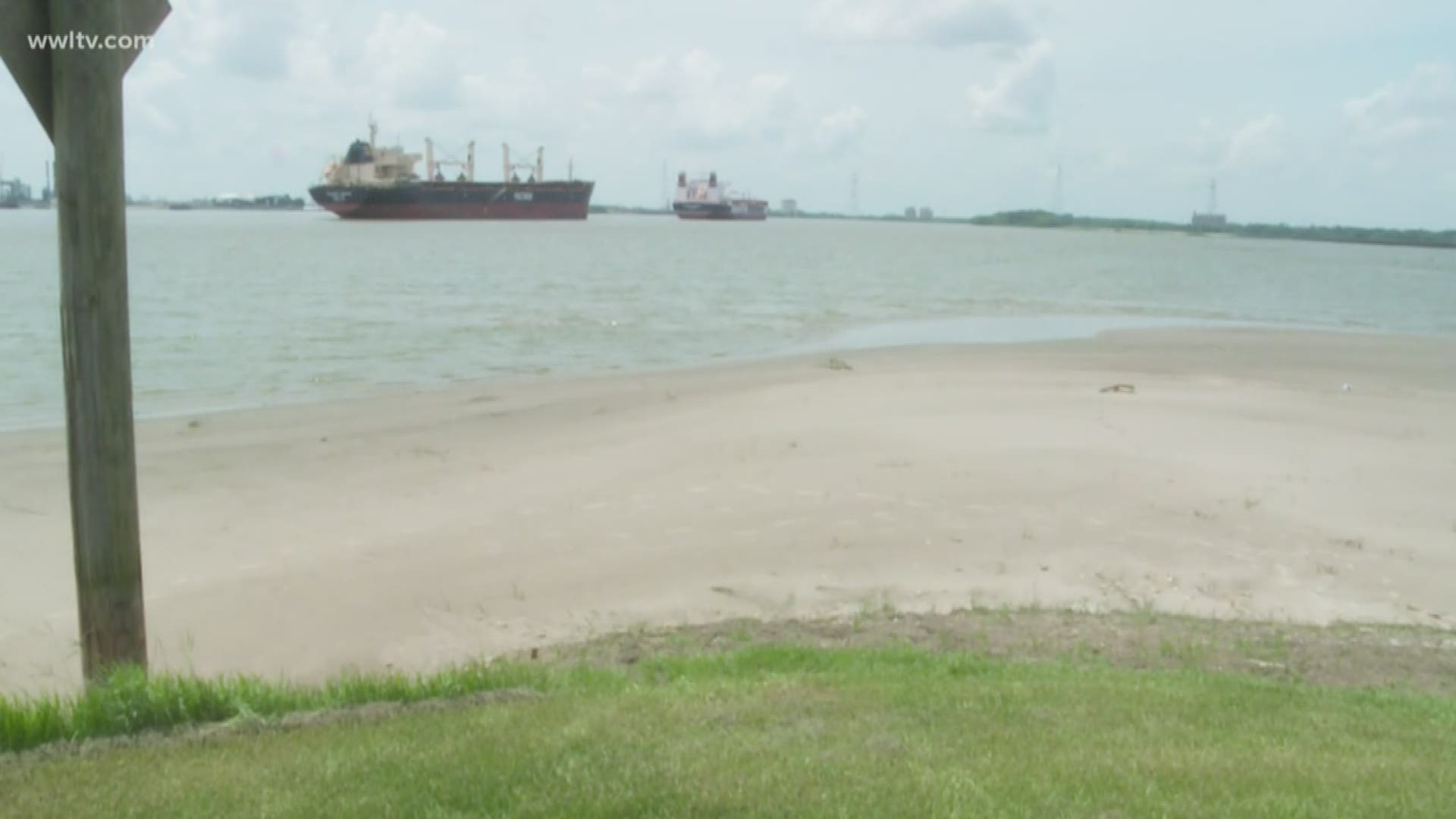 NEW ORLEANS — It was a historic year for river levels, with the Bonnet Carré Spillway opening twice.

And now that it's closed, what it left behind has amazed a geography expert. He says there's a lesson in it for all of us about Louisiana's sinking coast.

At first glance, it looks like identical twins Evan and Mason, and their Golden Retriever Suzy, are spending a day at the beach with their dad. But when you widen out the camera lens, not far away are large ships and the everyday commerce on the Mississippi River.

"This is way more sand than I've ever seen before," said the twins' father, Cleve Pitre of Norco.

Pitre says he's seen a beach made by the opening of the spillway in the past, right down the center. However, he says never, ever has he seen the beach go all the way to the side of the levee system.

"I was out there yesterday and was astonished to see how much sand had deposited there," said Professor Richard Campanella, a Tulane University Geographer in the School of Architecture and an Associate Dean of Research.

Campanella caught attention on Twitter with a picture of the tons of sand that, in essence, made new land up against the now closed Bonnet Carré Spillway.

He says it's a snapshot into how the land you and I are standing on right now in Southeast Louisiana, was made.

"I was astonished to see how much the bottom of areas that were five feet underwater had raised up. So not only did the water go down, but the bottom has now, has this thick layer of sand," Campanella said.

It's an amazing visual showing that with controlled diversion, the Mississippi Delta could be built back up.

"All that sand there, I think the best way to think of it now is just of a reminder of that incredible land-building machine in our backyard called the Mississippi River," said Campanella.

When asked if he had ever seen the sand this high, onlooker Reginald Ferrygood said, "No. Not really, but I see like there are a lot of fish out there. That's what I think I'm going to enjoy most."

People like Ferrygood, who was with Natasha Herring, along with another fisherman, Leonard Hano, who was having no trouble catching a week's worth of dinner, all say the size of the just-created landscape is something they have never seen before.

The professor says while there would be benefits to opening diversions, such as rebuilding land, that has to be weighed against the changes it would cause to wildlife in its path and coastal fisheries.

The Bonnet Carre Spillway was completely closed on July 27.

ALSO: New Orleans' levees won't be up to standard as early as 2023; Louisiana will need $200 million to fix them