Now that the Baby Cakes are leaving, what’s the future for the Shrine on Airline? No one can say right now

The state agency that owns the stadium says the Baby Cakes have never given formal notification that the team is leaving. 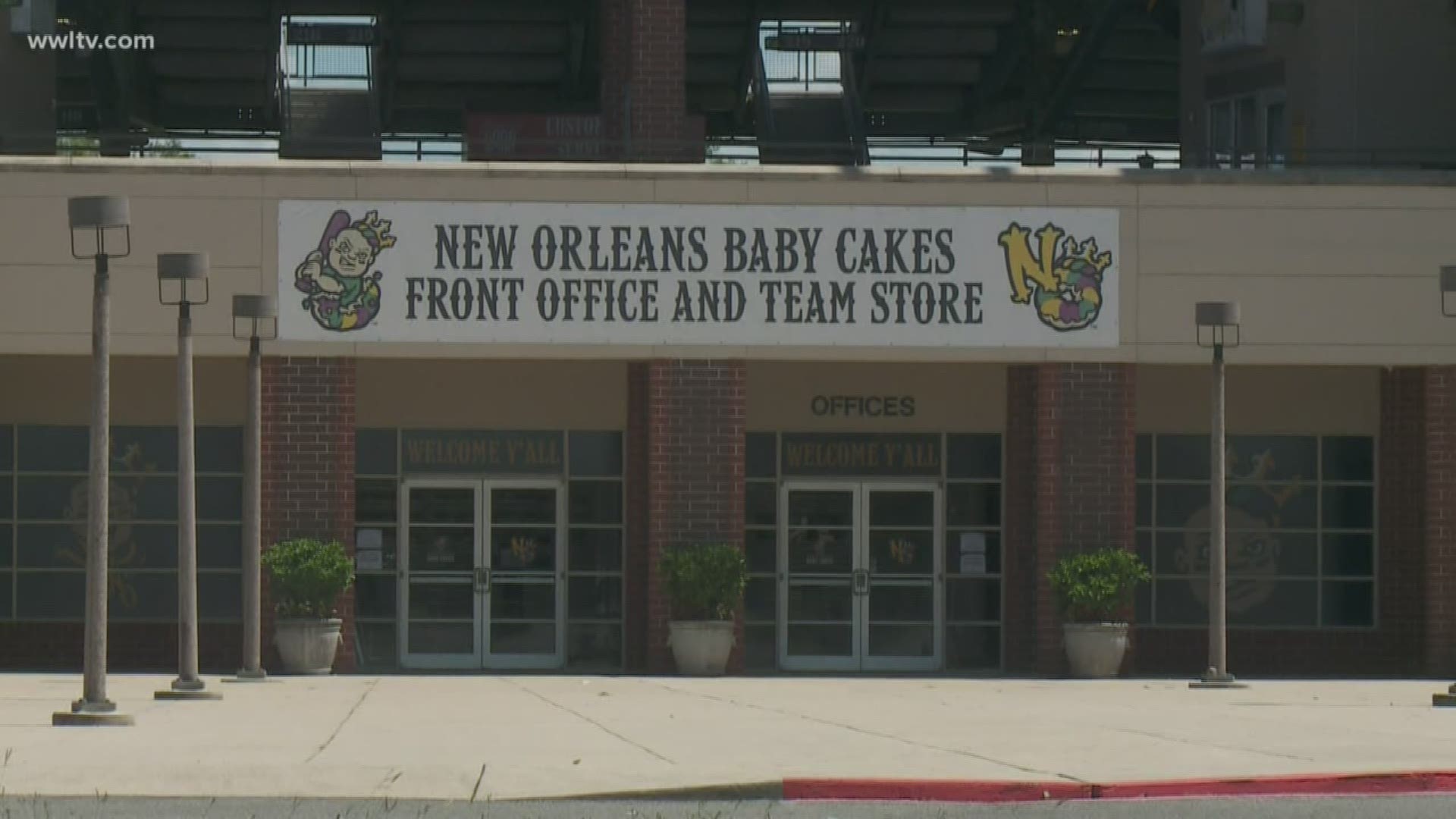 KENNER, La. — It was the true end of an era Monday afternoon when the New Orleans Baby Cakes beat the Oklahoma City Dodgers with a final score of 10-1.

The end of the 2019 season marked the end of the team’s tenure in New Orleans. The next stop for the team is Wichita, Kansas, where a new $75 million stadium is under construction.

But there are now questions about who’ll take the Cakes’ place at the Shrine on Airline.

A recent letter from Kyle France, chairman of the Louisiana Stadium and Exposition District, to Lou Schwechheimer, president of the Baby Cakes, claimed that the team has given no formal word that it intends to leave the stadium.

The LSED, a state entity that owns the stadium, says all its members know about the team’s future is what’s been reported in the news.

"It's the worst-kept secret in the world. We've known this for months,” said Mike Hoss, communications coordinator for the LSED and SMG, which managers the property. “But from the LSED's standpoint, we don't deal in word of mouth. We deal in contracts.”

The main concern is trying to attract a new tenant while the Baby Cakes still have an active lease at the stadium.

"We read the papers. We see what's happening. We know there's a stadium being built in Wichita,” Hoss said. “I think, quite frankly, the LSED right now is being used as an insurance policy,” in case the new stadium is not completed in time.

A topping-off ceremony was held at the Wichita stadium on Aug. 7, when the last steel beam was put into place. By all accounts, construction work is on schedule.

RELATED: President Trump to Little League champs: 'See you at the White House!'

“We are 250 days, six hours, 17 minutes and 49 seconds to opening day,” Schwechheimer said during that ceremony, according to The Wichita Eagle.

The team will also get a new name after it relocates.

But Walter Leger Jr., the Baby Cakes’ vice president and general counsel, said he’s not sure why there is any confusion.

He said he’s been in regular contact with France, the board’s chairman, and other officials with SMG.

“If the LSED has had any potential tenants or opportunities, we've made it very clear to them give us a call, let us know. We'll work it out with you,” he said.

Neither side could say Monday when they expect to have a definite date for the Baby Cakes’ departure from the stadium.