William Tinkham died in a tragic accident when a car driven by a 13-year-old girl ran over him in front of his family's home last week. 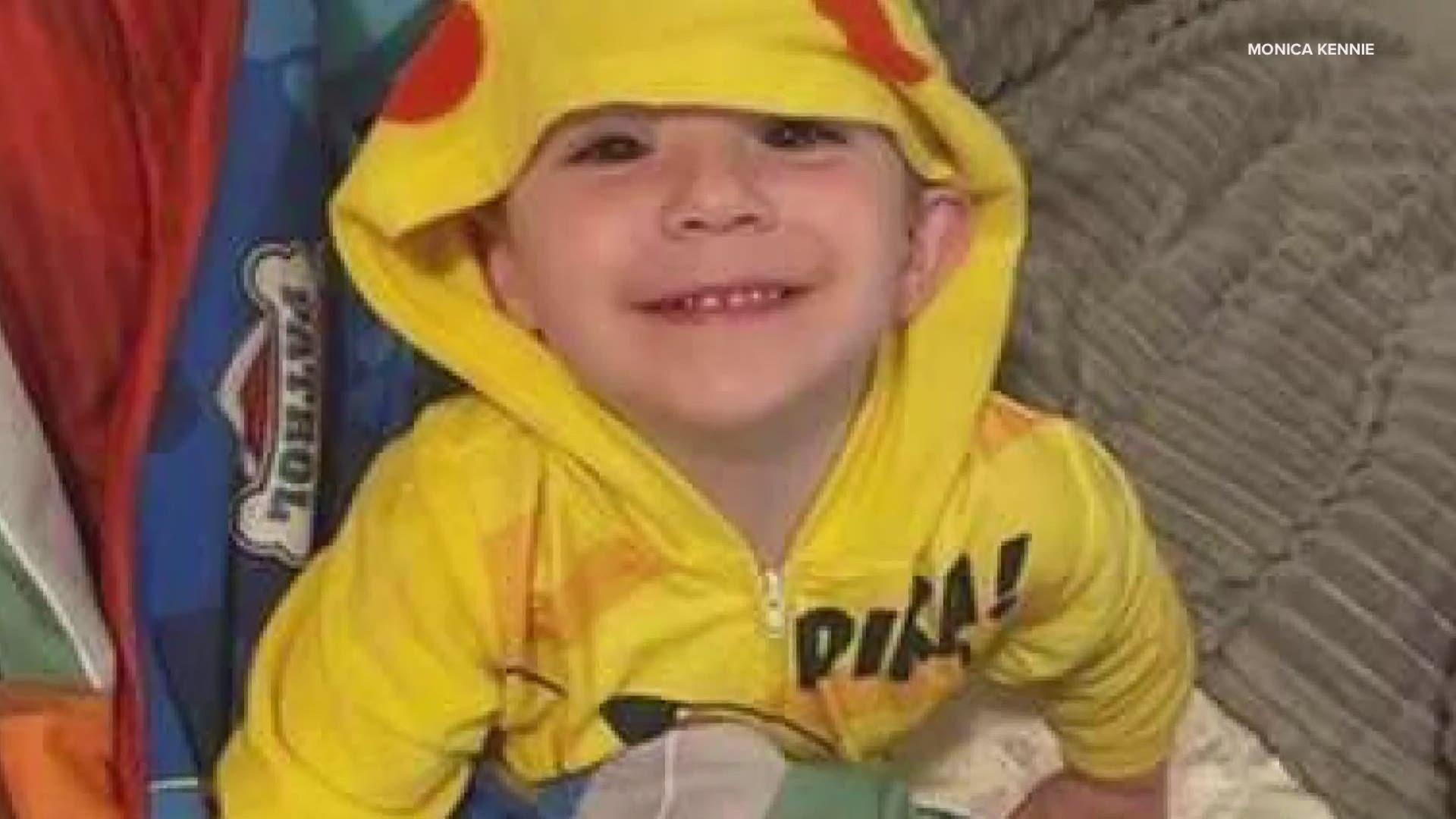 GORHAM, Maine — Monica Kennie remembers her grandson's baby-toothed smile, the way his laugh only forced her to chuckle too, and how he would always take her phone to snap a selfie.

"The pain is so unimaginable," Kennie said nearly one week after she lost the little boy.

Struggling to get the words out, she recounted the phone call she received from her daughter last Wednesday telling her the 3-year-old had been run over by the family's car outside their home on Tamarack Circle in Gorham.

Credit: NCM
William Tinkham, 3, smiles in a photo with his mom, dad and older brother.

RELATED: Three-year-old dead after being hit by 13-year-old driver in Gorham

"They were all witnesses of their baby being ripped away from them," Kennie told NEWS CENTER Maine as she fought back tears.

The Gorham Police Department is investigating the incident. Officials said William Tinkham, 3, was killed after being hit by a car driven by a 13-year-old girl.

According to Kennie, the 13-year-old was known by the family and was under their watch at the time of the tragic accident. Kennie said her daughter, William's mother, got out of the car leaving him with the girl inside.

That's when she said the 13-year-old allegedly unbuckled the toddler, took him out of the car, and got in the driver's seat to get away.

A Maine State Police crash report obtained by NEWS CENTER Maine indicated the 13-year-old acted in an "erratic, reckless, careless, negligent or aggressive manner" when she backed out of the driveway as the boy was playing in the road. The car tire rolled over the boy, killing him, according to the report.

Kennie claimed William's mother, father, and 8-year-old brother were all there as it happened.

TONIGHT: The family of three-year-old William Tinkham, who was killed after being hit by a car in Gorham last week, is speaking out. I talk to his grandmother about the little boy's life (including that amazing little smile) and the tragic way he died on @NEWSCENTERmaine at 6. pic.twitter.com/n9eE5gl0g3

RELATED: Westbrook woman killed after being hit, dragged by car

"Obviously this is upsetting," Gorham Police Chief Chris Sanborn said following last week's incident. "It's definitely a tough investigation to handle and a tragic incident for sure. My heart goes out to the family members."

Sanborn said the department was not ruling out charges in the case at the time.

The entire community has since rallied around the family and raised more than $18,000 through a GoFundMe page.

"It is amazing I'm very grateful for the support," Kennie said.

She said the money will be used to help cover funeral expenses, get the family a new vehicle, and find a new place to live—so they aren't continually haunted every time they walk out their front door.

Credit: NCM
Three-year-old William Tinkham was killed in a tragic accident when a car driven by a 13-year-old girl ran over him.

As she looked through photos of William on her phone, including one with him wearing her reading glasses upside down, Kennie could not help but smile through the pain.

The 3-year-old with so much life ahead of him, who loved Paw Patrol, riding his bike, and playing tag with his brother—now gone forever.

Kennie said while the money and support will go a long way to help her family move on from this tragedy, they will never truly recover.

"I still want to wake up from this nightmare," she said.

Funeral arrangements are still being planned. The family is hoping to have the event open to the public following proper COVID-19 safety requirements in the coming weeks.

If you would like to donate to the family, you can do so on the Help the Tinkham’s lay their precious baby to rest GoFundMe page.