“They really loved each other. You know, they argued like an old married couple,” said Ellis. 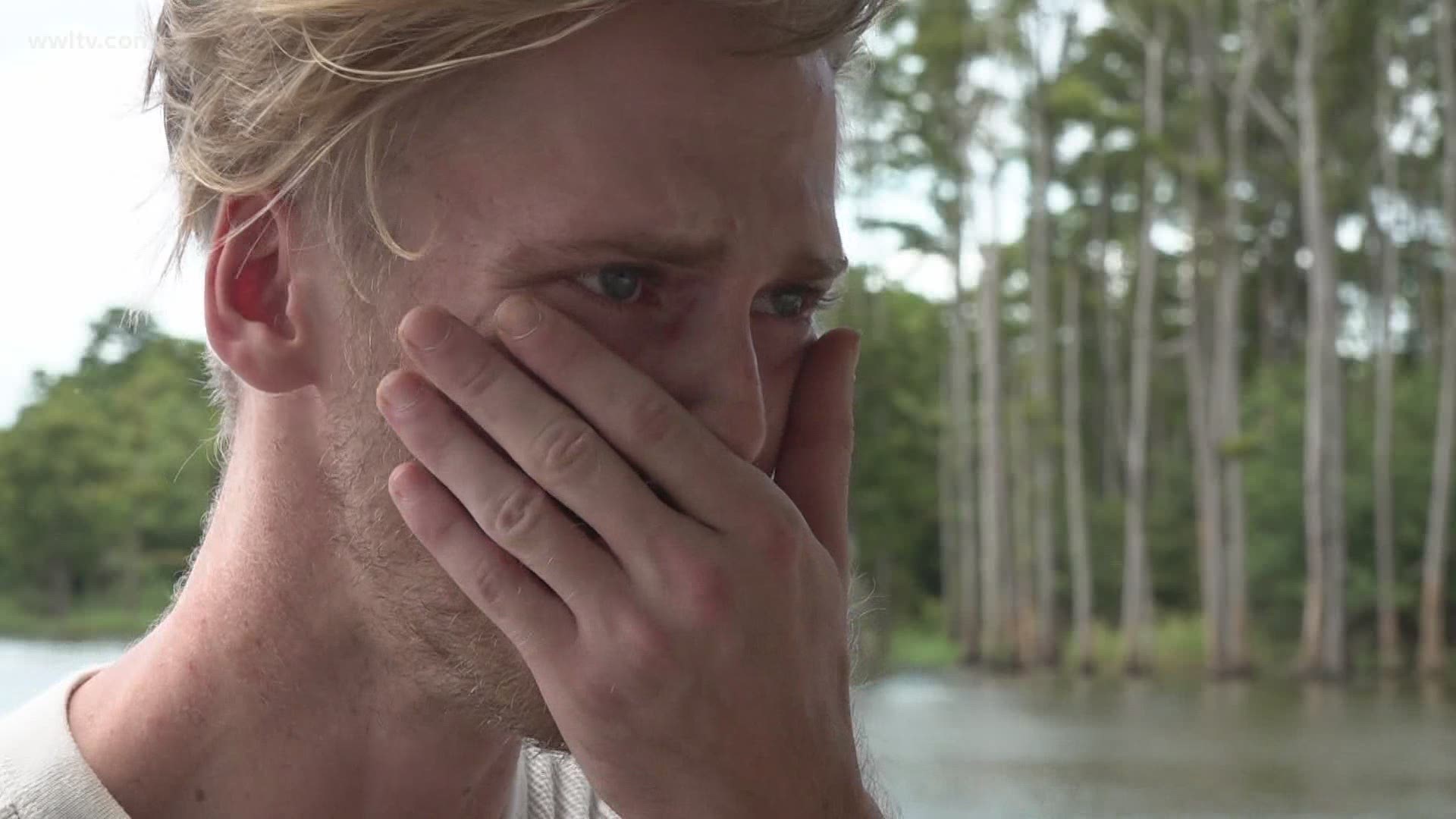 NEW ORLEANS — Having already lost his mom and a sister, Andrew Ellis has been dealing with the loss of his brother.

“He always had a smile on his face, cracking jokes,” said Ellis. “It feels like time is standing still. That was my little brother.”

His little brother is Sylvanus “Jed” Ellis III, 20. Authorities say he and Qile Sanders, 21, both from Covington, were shot and killed last weekend in St. Tammany Parish, just west of Lacombe. Ellis says the two were a couple.

“They really loved each other. You know, they argued like an old married couple,” said Ellis.

It happened last Saturday on Bremerman Road in the Big Branch Marsh National Wildlife Refuge. Their bodies were found in an SUV, which Ellis says was Jed’s. According to the coroner, Sanders was about seven months pregnant. Andrew says it was a boy.

“He was so happy to have his first kid. That was the only thing he really cared about was having that child,” said Ellis.

Text messages from that night would be the last time Ellis heard from his brother.

“We were talking for a good half an hour just sending messages back to back and then he just quite,” said Ellis.

Andrew says he later found out his brother was shot four times, once in the head. The sheriff’s office believes the shooting was drug related. So far, three people are behind bars. Peter Reimonenq, 18,  Christopher Roberts, 19, and Shannon Amos Jr., 19, are charged with two counts of first-degree murder and one count of feticide. Authorities are still searching for Mikayl Young, 19. Ellis says his brother knew one, if not all four suspects.

“I know he begged for his life — him and his girlfriend, and they just killed him in cold blood,” said Ellis.

With his brother’s death, Andrew says messages of support have been overwhelming.

“There are so many people out here who cared about Jed. They had so much love for him,” said Ellis.