Times-Picayune building begins to come down

When it opened in 1968, the building was hailed as one of the most technologically-advanced newspaper plants in the country. 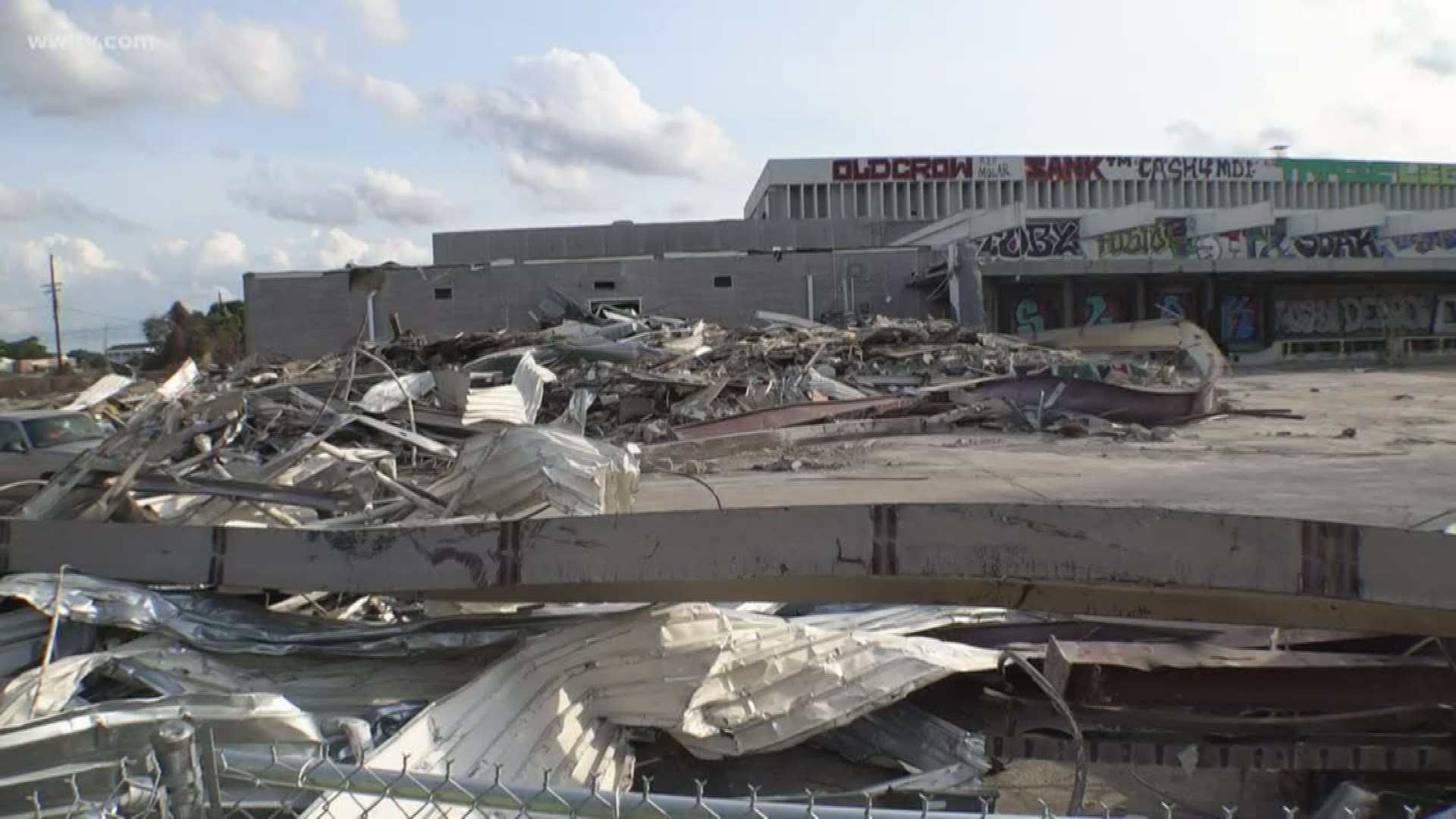 NEW ORLEANS — It's been a landmark on the Pontchartrain Expressway for decades, but now, it's going away.

The site of the former Times-Picayune building will soon be cleared out and replaced with a Drive Shack, a sleek, high-tech driving range.

But when it opened in 1968, the building was hailed as one of the most technologically-advanced newspaper plants in the country.

Visitors flocked to check out the massive -- and ultra-modern -- structure, which was a far cry from the paper's former home in a cramped brick building on Lafayette Square.

“You never used a trashcan. You threw everything on the floor. It was like in the old newspaper movies, like "The Front Page" and those sort of things,” Millie Ball, retired Times-Picayune travel editor, said.

Inside of the new building at 3800 Howard Avenue, employees found impressive, three-story murals by sculptor Enrique Alferez that depicted the history of communication. Those were removed long before the bulldozers arrived.

“It was all gleaming with Enrique Alferez murals and the escalators which never worked. Those were broken half the time,” Ball said.

Spacious offices were spread among three floors, a full-service cafeteria fed workers around the clock and massive, blocks-long presses churned out some of the biggest headlines of the century.

RELATED: Future of newspapers in New Orleans takes another turn

Those headlines were written in a sprawling newsroom that was home to not only the Picayune, but its sister -- and rival -- newspaper, the States-Item.

But times and technology change, and by 2016, the move from print to digital forced a move from Howard Avenue. The presses that roared to life every night were scrapped.

The building that once bustled with customers coming in to buy an ad or reporters rushing out to covering breaking news is silent.

These days it's become a canvas for graffiti artists and a target for vandals. And much like a day-old copy of the paper, it's yesterday's news.

Demolition should take a few months, and construction of the Drive Shack is expected to take about a year.

RELATED: The Advocate plans hires from Times-Picayune; number not yet known