“It is kind of unique for the fact that they’ve indicted this individual just several weeks prior to qualifying,” said political scientist Edward Chervenak. 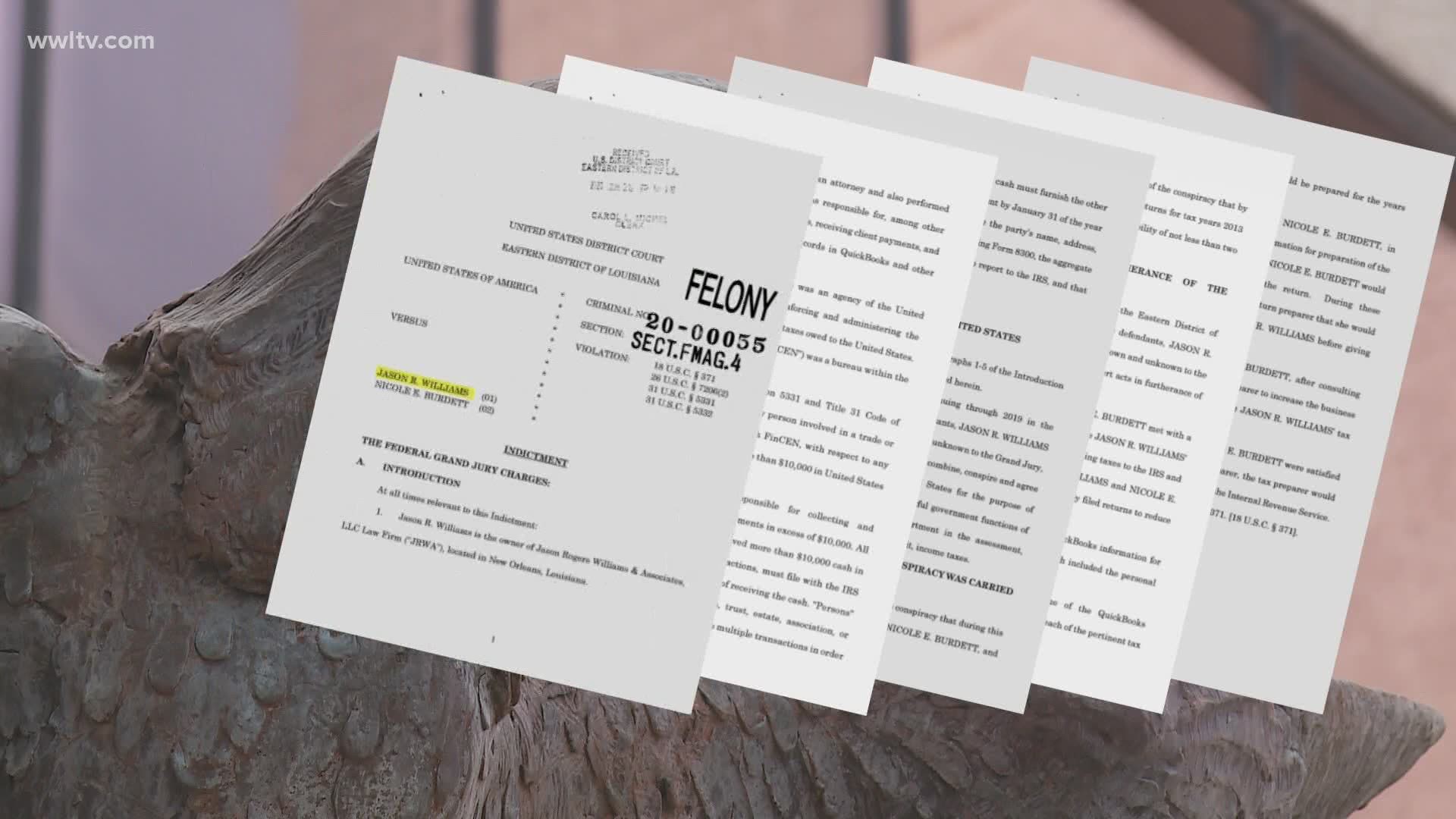 Rosenberg said this indictment could put both those careers in jeopardy. Williams, who’s a defense attorney is a declared candidate for Orleans Parish District Attorney.

According to the federal indictment, which alleges conspiracy, fraud and failure to file reports of cash payments, the government alleges Williams defrauded the IRS more than $200,000, all related to his law firm Jason Rogers Williams & Associates, stretching back to 2014. Included in that conspiracy charge is Nicole Burdett, an attorney at William’s firm.

“You also wonder whether there’s ultimately going to be an incentive for her to cooperate against him in a conspiracy count,” Rosenberg said.

At the beginning of June, Williams called the news about the investigation into his taxes nonsense, saying it was politically motivated and blamed his accountant for any filing errors.

“This is not investigations of criminal activity," Williams said. "This is old school dirty New Orleans politics."

Friday, Williams’s attorney released a statement about the indictment.

“We are disappointed that the government has chosen to indict Jason Williams for following the advice of his tax preparer,” attorney Billy Gibbens said.

Gibbens also questions the timing of the indictment, less than a month before campaigning begins.

“It is kind of unique for the fact that they’ve indicted this individual just several weeks prior to qualifying,” said political scientist Edward Chervenak.

Chervenak said it’s unusual for the federal government to charge someone in the middle of a campaign, in order to not influence politics. With this indictment, he says it’ll be much harder for Williams to get the support he needs for a successful campaign.

“It’s going to be much harder to convince people to contribute money because that’s what you’re going to have to do if you want to run for office,” Chervenak said.

Williams was seen as a major threat to incumbent Leon Cannizzaro, and it remains to be seen how much the charges will impact that.