Todd and Julie Chrisley lived in a mansion in metro Atlanta when the show first premiered in 2014. 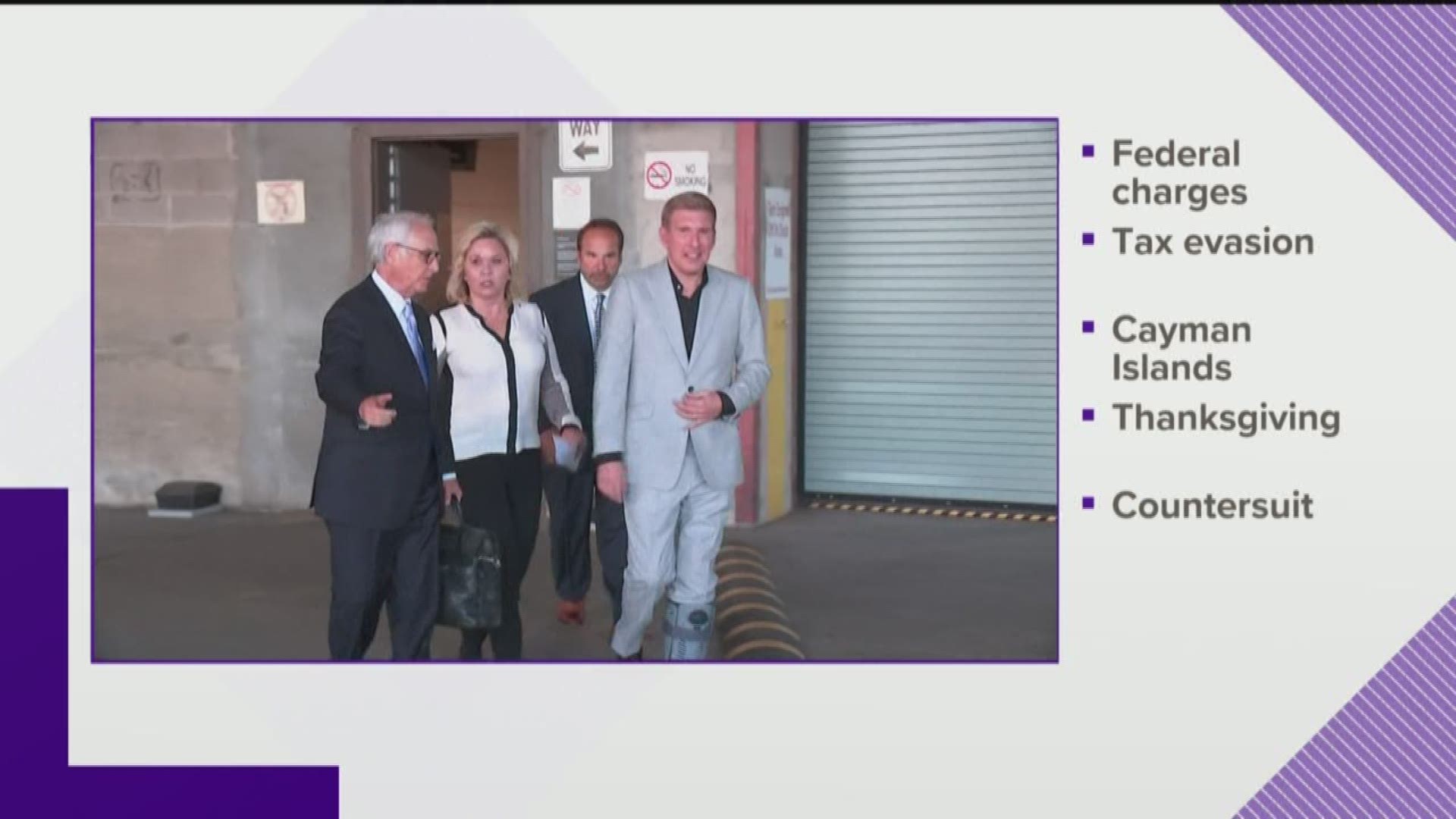 ATLANTA — Todd and Julie Chrisley, reality TV stars from the popular USA network unscripted series “Chrisley Knows Best” who lived in metro Atlanta when the show first premiered in 2014, appeared at a federal court hearing on Thursday. The couple is facing a tax fraud indictment and other federal charges.

During the hearing in front of Judge Justin S. Anand, there was an attempt by attorneys to suppress evidence in the case.

Stephen Friedberg is representing Julie Chrisley and  Bruce Morris is represented Todd Chrisley. The couple also appeared in court; a day prior.

The indictment accuses the Chrisleys of submitting fake bank and financial statements to financial institutions to get loans. AP reported they're also accused of sending fabricated financial documents to a California property owner to rent a home there. And they used a company they'd created called 7C's Productions to hide their television show earnings from the IRS and failed to file and pay taxes on time, the indictment says.

According to the indictment, Todd Chrisley told the employee in 2008 to send updated financial information to a bank. When the employee said he didn't have the financials, the indictment says, Chrisley wrote, "stop telling me this (expletive), create them like you always have."

When another bank asked for updated financial information and the employee said he needed help putting the requested information together, Chrisley wrote, "if you do not know how to do this then find a crooked accountant to do it. Ask (redacted) who her guy uses for his crooked (expletive)," according to the indictment.

"Chrisley Knows Best" follows real estate tycoon Todd Chrisley and his tightknit, boisterous family now living in Nashville, Tennessee. Much of the series emphasizes Todd Chrisley's obsessive yet comedic efforts to keep tabs on three of his kids, two of whom are in their 20s, and his mother. The family once lived in a 30,000-square-foot mansion in Roswell.