The President and his wife were shown on the Superdome big boards as fans chanted "four more years!" and "USA!" 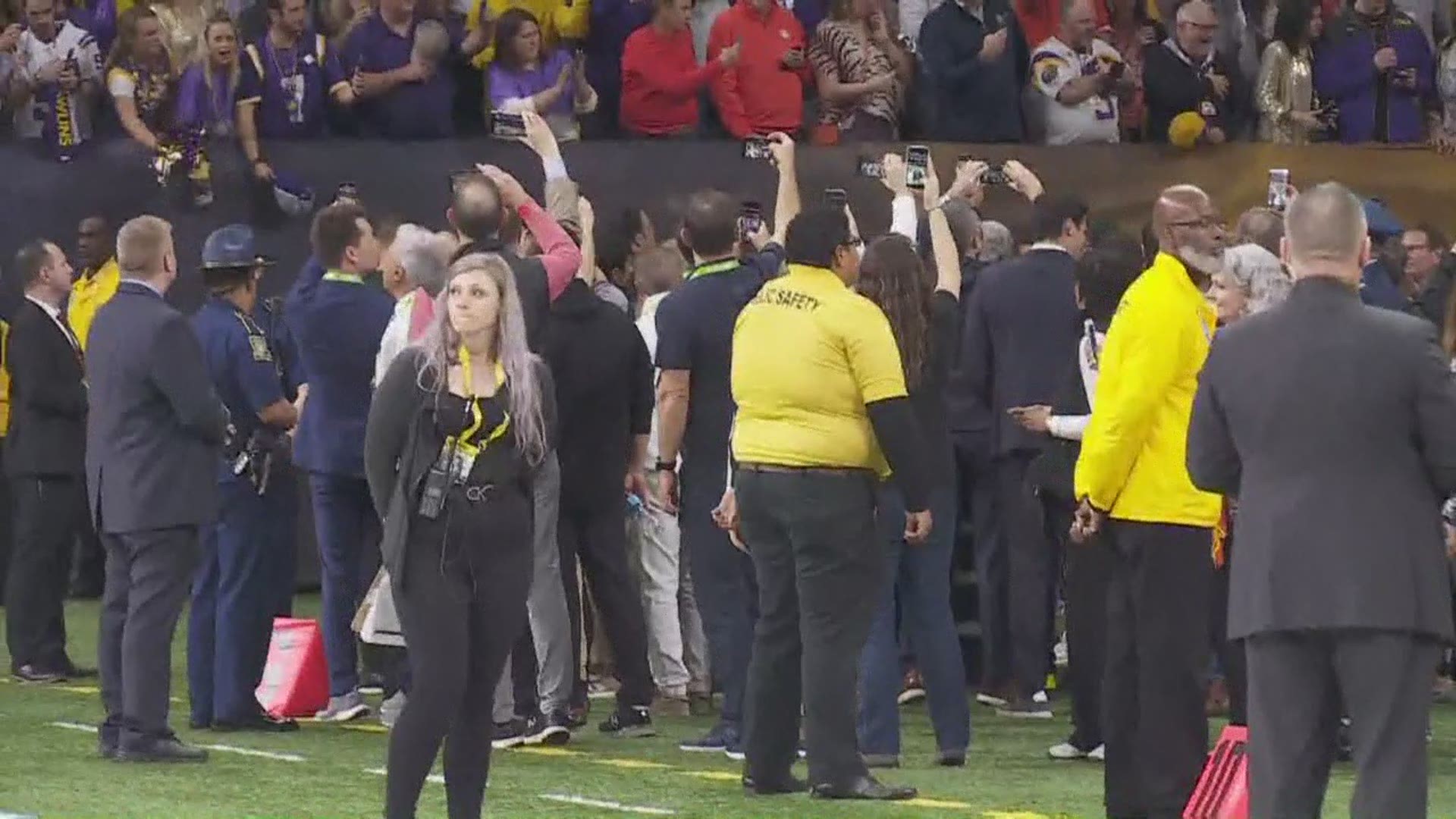 NEW ORLEANS — President Donald Trump took the field in the Superdome before the CFP National Championship game to a warm welcome from football fans.

Trump and first lady Melania Trump came onto the field for the National Anthem before LSU and Clemson kicked off.

The President and his wife were shown on the Superdome big boards as fans chanted "four more years!" and "USA!"

When asked by a pool reporter which team he was rooting for, the President said "both."

LSU fans may believe he's a true Tigers fan though.

"I was very honored to get a call from President Trump. He was very pleasant to talk to, very complimentary of our football team, our coaching staff, complimentary of the way the state of Louisiana has rallied around us, and was complimentary to the way we played all year and wished us good luck in the game," Orgeron said.