At least two crew members may still be inside capsized ship off Louisiana's coast, according to Coast Guard

Divers were sent to the ship today to search for signs of life. 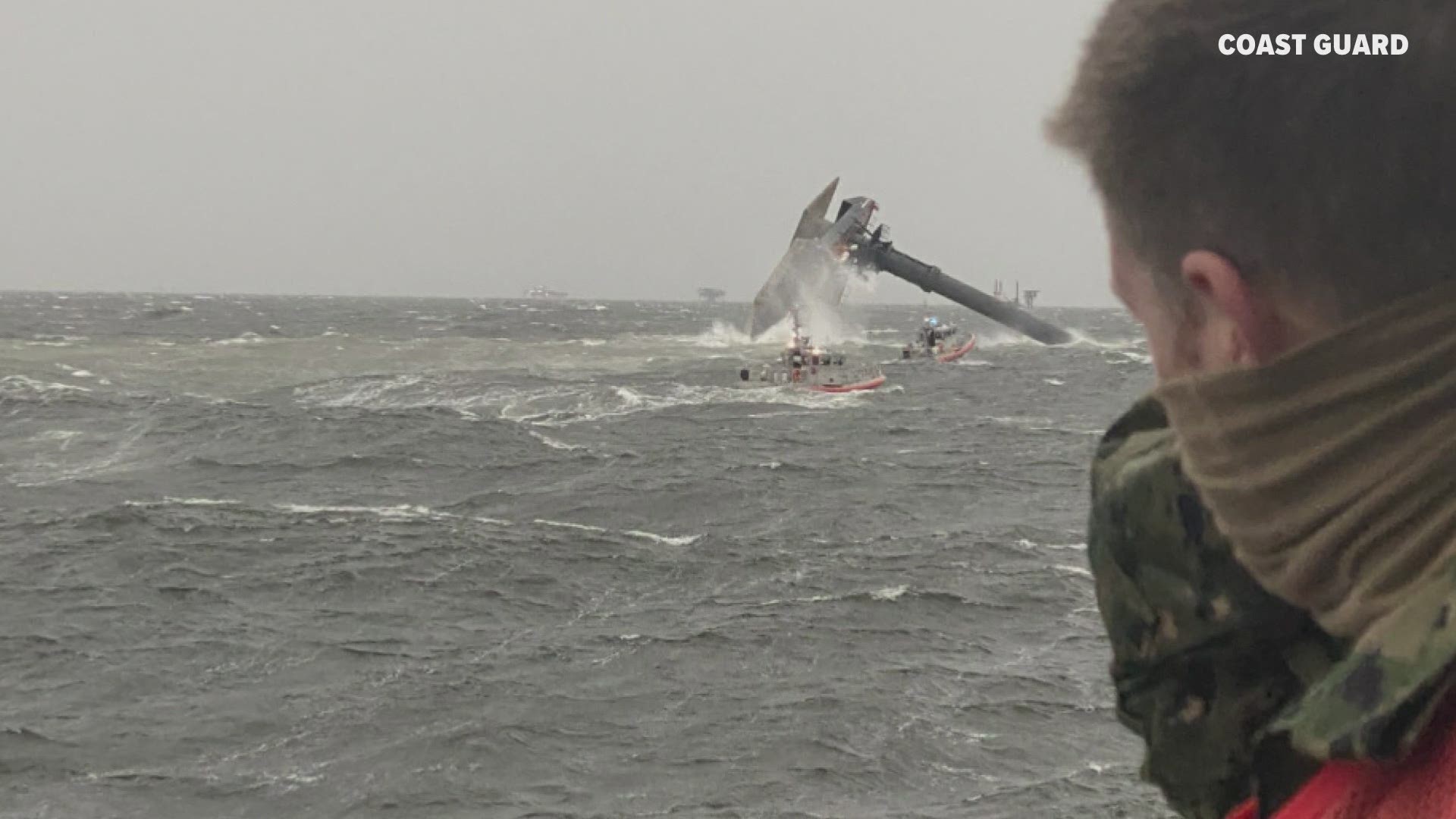 PORT FOURCHON, La. — At least two crew members of the capsized ship off Louisiana's coast may still be inside, according to the Lt. John Edwards with the US Coast Guard.

Officials tell WWL-TV that thermal imaging shot on Tuesday, the night the Seacor Power capsized, showed five people on the hull of the ship.

A helicopter dropped life jackets and radios for them, according to the Lt. Edwards.

After that, two of the crew members jumped off and were rescued by Coast Guard boats. One crew member fell into the water. That person has not been found.

Two more crew members told the US Coast Guard that they were going back inside the ship, Lt. Edwards said. They were last heard from at 9:53 p.m. that night.

So far, six crew members have been rescued, one was found dead and 12 remain missing.

The US Coast Guard is battling the elements and the clock as the search for 12 missing crew members from the capsized Seacor Power continues Thursday.

Divers were sent to the ship Thursday to search for signs of life. It is unknown what they found.

"With the weather permitting, we anticipate that divers may be on scene today to conduct operations in support of the ongoing search and rescue effort," John Michelli, public affairs specialist for the US Coast Guard, said Thursday morning.

According to the Coast Guard, there are watertight areas of the boat where it’s possible someone could have survived, but at this point they have no evidence to show that's the case.