A family was boating off the coast of Galveston Friday when their vessel started to take on water. Only three people were saved. 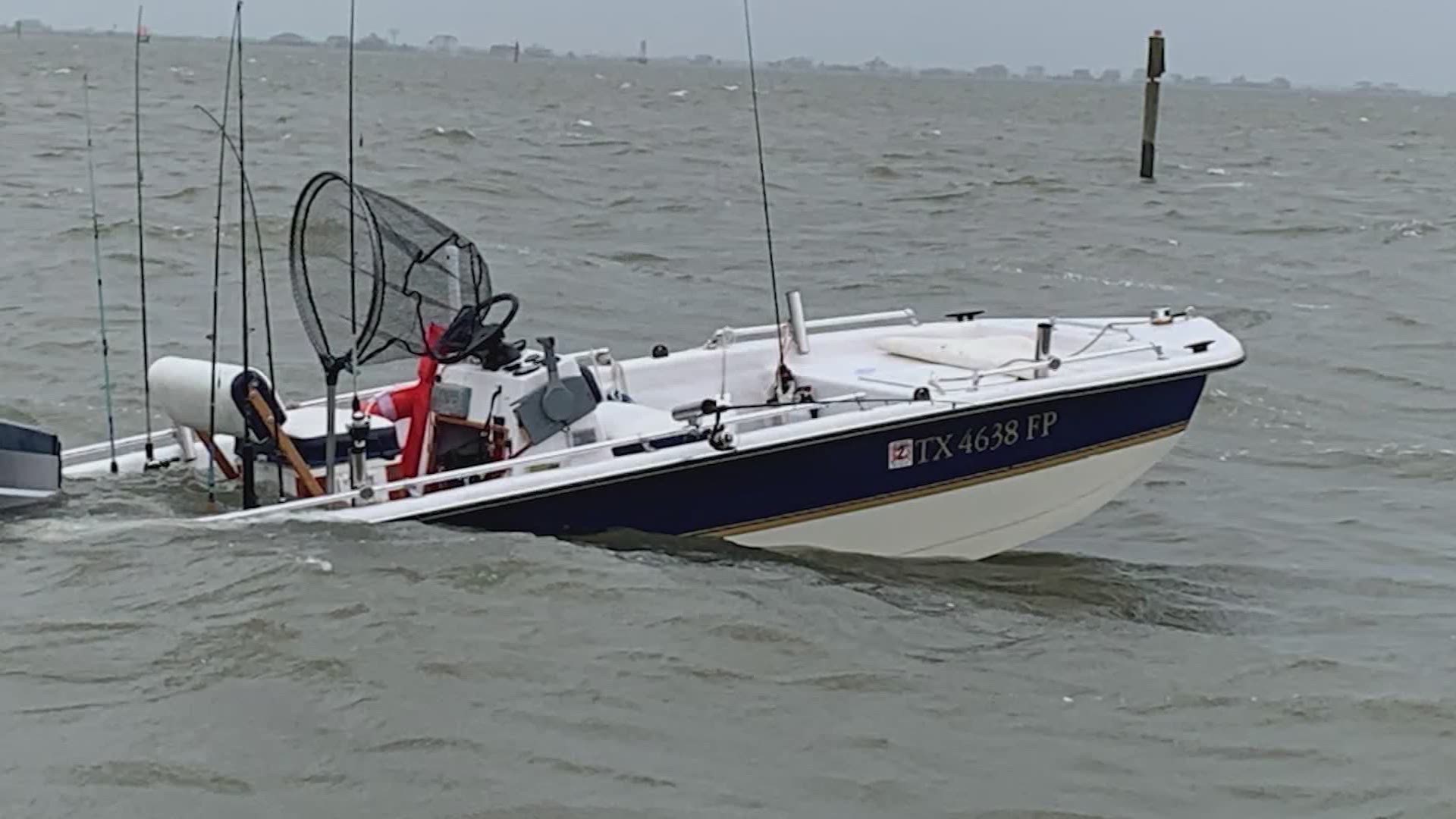 GALVESTON, Texas — The bodies of two missing boaters have been found after a weekend of searching in the waters near Galveston, according to the U.S. Coast Guard.

A strong storm blew in Friday and their boat started taking on water. Luckily, three people were rescued.

[Editor's Note: the above video was published May 23, 2021 before the victims' bodies were located.]

Capt. Chad Pannell was coming back from a fishing trip when he saw it.

Photos show that boat was halfway under water with no one on board.

“Me and Capt. James DeSpain noticed there was a problem and we started looking around. We saw the 5-year-old boy floating in the water about 200 yards away from us," Capt. Pannell said.

In a life jacket, the little 5-year-old boy was floating away from the sinking boat.

“Grabbed him out, and I put him on the seat. And he was shivering real bad. And that’s when we were like trying to get a couple answers out of him," Capt. James DeSpain said.

“The first thing the little boy said was 'my daddy’s not here anymore,'" Capt. Pannell said.

The little boy told them there were five people on board, and tragically, he saw his father go under water.

After they rescued him, they found two others who made their way to the causeway bridge.

“Cold and shivering, all three of them. One of them didn’t have a shirt. You could see it in their eyes, that it wasn’t good," Capt. Pannell said.

But two are still missing. They left the sinking boat, trying to swim to safety.

“We were like, 'hey, y'all are with five people?’ and they were like 'yeah, there’s two more, but we saw them go under.'” Capt. DeSpain said.

It’s been more than 24 hours since it happened. Crews searched most of the night and all day Saturday, just hoping to find the two others alive.

“We're continuing to search. We’re still hoping that we can find some survivors on the surface of the water here. We’re going to continue to search through the day and hope for the best," Commander Mike Cortese with Coast Guard Sector Houston-Galveston said before the search was suspended Saturday night.

The Coast Guard says one of the most important things a boater can do is pay attention to the weather and the advisories. They say it can change very quickly this time of year.

On top of that, always wear a life jacket.