It's not just about what's on the outside. Many RVs throughout the campsite are decked out inside for comfort, fun and style. 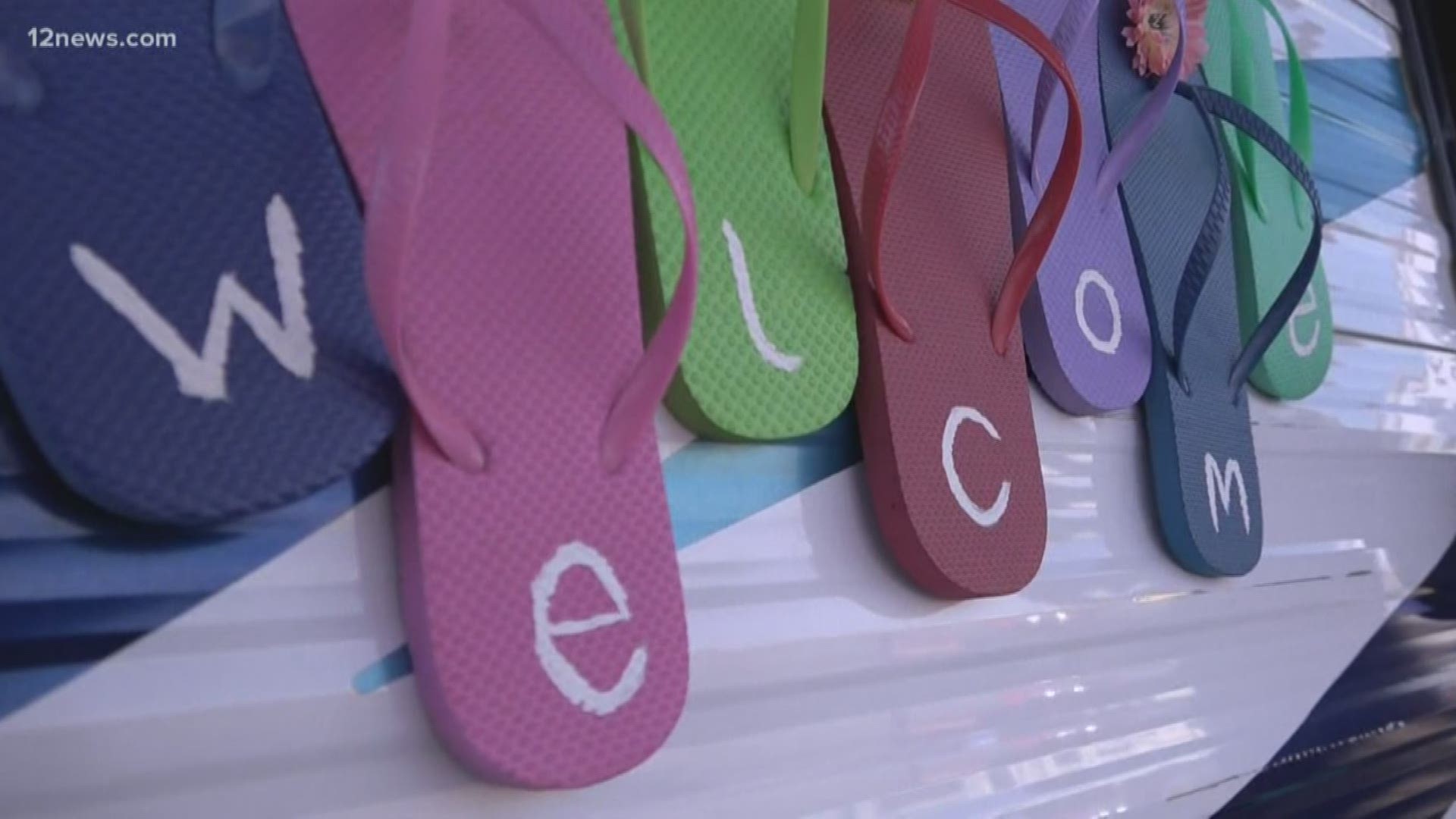 AVONDALE, Ariz. — It was all eyes on the ISM Raceway in Avondale, where the semi-final NASCAR race took place this weekend.  But the track isn't the only spectacle there.

Tucked away in the foothills of the Estrella mountains, you can see a sea of RVs that thousands have called home all week.  And you never know what or who you might find in "RV City."

"He is a NASCAR dog," says one visitor. "We have a little visor for him even."

For most people, this is a pre-race ritual.

"I think camping is the fun of NASCAR," explains John Jones.

Jones rolled on in from California -- and it's not his first rodeo.

"We got our campsite; got it all leveled out. This morning we got some breakfast going on. We’re cooking up some chorizo and eggs."

He then points out all the NASCAR memorabilia.

"You’ve got to buy the swag and wave the flag and all of that fun stuff."

But it's not just about what's on the outside. Many RVs throughout the campsite are decked out inside for comfort and for fun.  We're talking lounge chairs, fireplaces, granite countertops, even full bars.

Jack Griffith from Gilbert has quite the setup.

"We have three campers here," he explains. "My buddy's, my brother's and mine.

What really lures in all his neighbors is the giant Jenga game.

"It’s just like your smaller game. Just find your piece, set it up here. I think the record for the highest row we’ve had is 27."

But he says there's one thing above all else that really tops off a great camping experience.

"People mainly. You have to have very active, very fun-loving people."

Many of the folks we talked to say they'll be returning to the ISM Raceway next year, for the NASCAR Championships.