“Our troops need to feel safe, need to feel respected because they’re the ones putting their lives at risk,” Vanessa Guillen's sister Lupe told Trump. 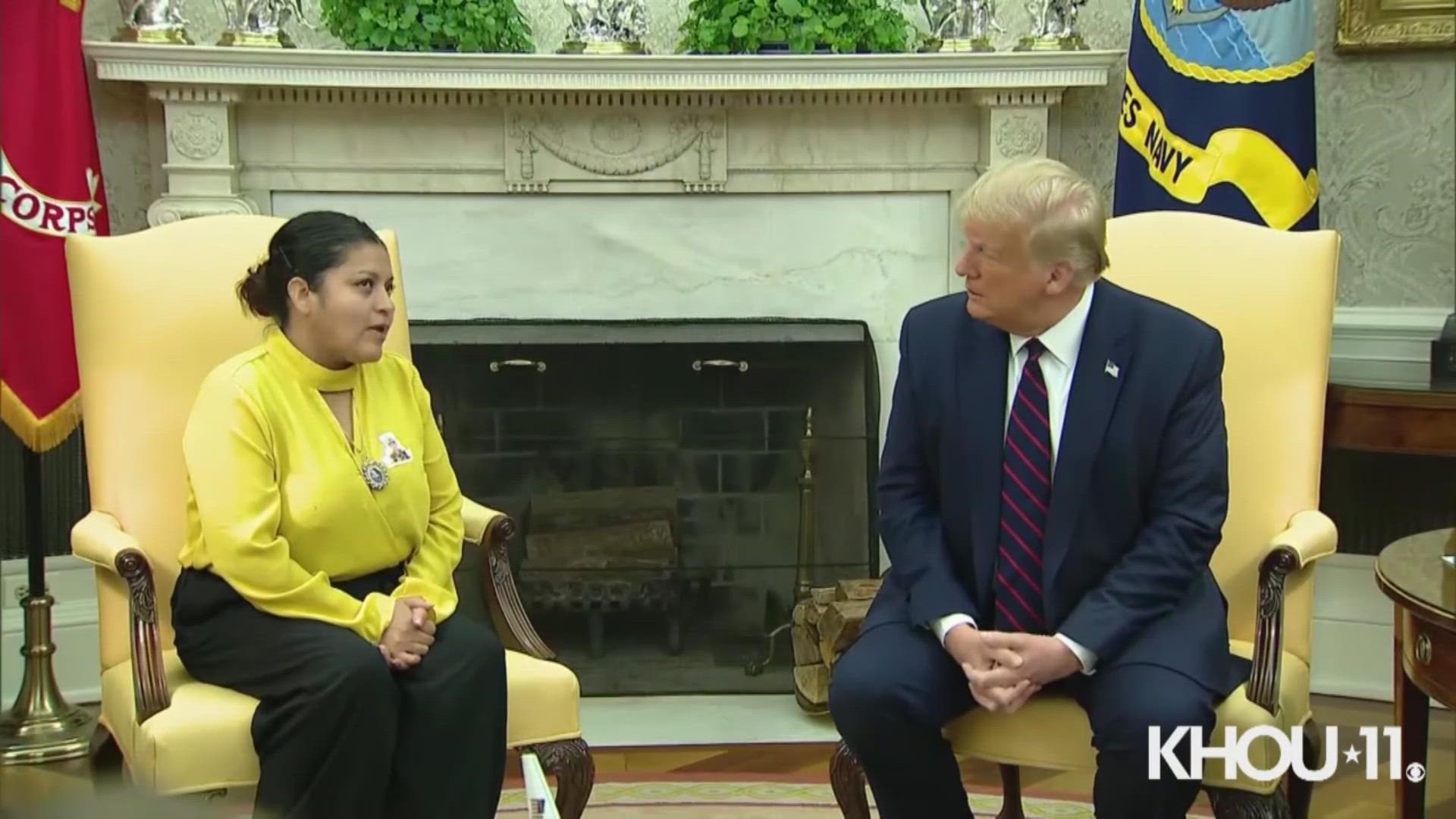 WASHINGTON — The family of Houston soldier Vanessa Guillen met with President Donald Trump Thursday to ask him to help change the culture in the military.

They urged the president to back the #IAmVanessaGuillen bill to protect other members of the military from the same sexual harassment they say they believe Vanessa endured before she was murdered.

“Our troops need to feel safe, need to feel respected because they’re the ones putting their lives at risk,” Vanessa’s sister Lupe told Trump.

Lupe said her sister was a patriot who was willing to die for her country on the battlefield. Instead, she was murdered by a fellow soldier on her own military base and they believe there was a cover-up.

The president promised not to let the case be "swept under the rug."

“It hit me very hard, what happened to your daughter Vanessa, who is a spectacular person and respected and loved by everybody, including in the military,” Trump told the family.

Through a translator, Gloria Guillen pleaded for justice for her daughter. She asked Trump to help find out who else was responsible for Vanessa’s death and what happened afterward.

Vanessa was killed at Fort Hood by Aaron Robinson on April 22, according to the Army Criminal Investigation Division. Robinson and his girlfriend, Cecily Aguilar, dismembered Guillen's body and buried the remains near the Leon River in Bell County, according to investigators.

Her body wasn’t found until late June. Robinson shot and killed himself the next day.

The Army didn’t launch an investigation until several weeks after Vanessa vanished. By then, the family’s push for justice had become a national story.

Family members say Guillen didn’t report the sexual harassment because she was afraid of retaliation.

Family attorney Natalie Khawam said the #IAmVanessaGuillen bill will allow active duty service members to file sexual harassment and assault claims to a third-party agency instead of through their chain of command.

Trump promised the family he would support the bill and look into the case.

“It takes a lot of courage and your daughter is very respected by me,” he said. “Your daughter would be very proud right now. She’s looking down and she’s very proud.”

The Guillens also asked Trump to help them get Vanessa’s body back so they can have a funeral in Houston. They said the military won’t release it because of the ongoing investigation.

Trump told the family he would help pay for the funeral.