VERIFY: Did Mitch Landrieu give himself extra time in office?

To understand the roots of the claim, you have to go back to his first term in 2010 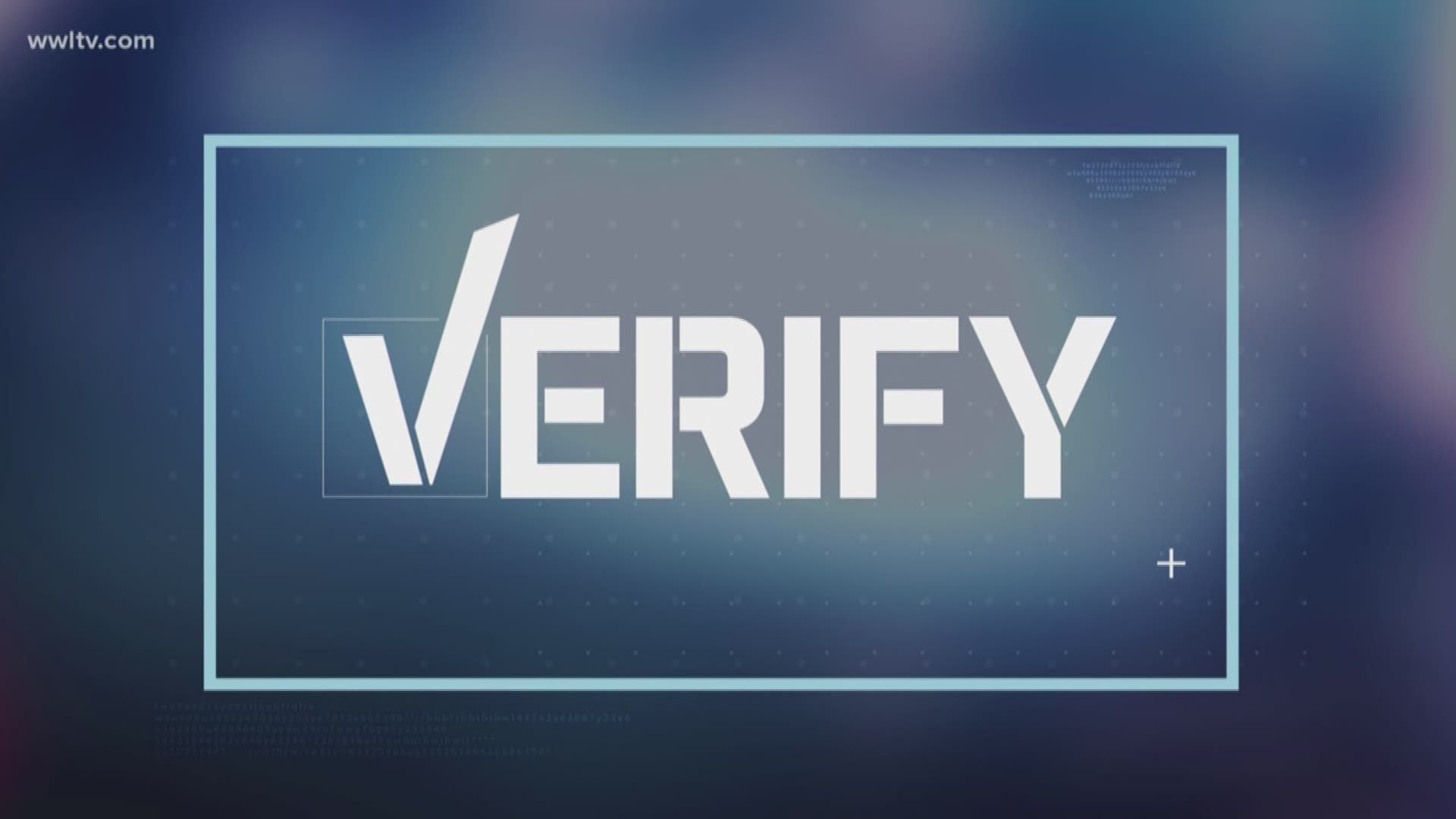 NEW ORLEANS -- Comments recently began to pop up online claiming that Mayor Mitch Landrieu gave himself an extra six months in office after the election of LaToya Cantrell as his successor.

Those comments closely mirrored claims from a petition passed around last summer that insinuated the mayor “arranged” to stay in office until May, six months after his successor would have been elected.

But is that claim true? Did Landrieu give himself extra time at City Hall?

We determined the claim is false, but like many false claims, it’s based on a kernel of truth.

Rosalind Blanco Cook, president of the League of Women Voters of New Orleans, said you have to go back to 2010 to understand the roots of this claim. That year, Landrieu’s landslide victory was overshadowed by the Saints’ magical season.

“We really noticed all of the concentration was on the Super Bowl instead of the election,” Cook said.

In addition to Carnival parades rolling at the same time as the big game, “the campaign season … was happening at the time people were getting ready for the holidays,” Cook added.

The timing wasn’t necessarily anything new.

“Every mayor’s race since 1982 has come right in the middle of Mardi Gras season,” said WWL-TV political analyst and Gambit columnist Clancy DuBos. “People think of fall as football and elections. Nobody thinks of February and March as election season.”

But Cook and the League of Women Voters undertook a study titled Celebrate or Vote, which examined if moving elections from winter to fall -- when they were held until the early 1980s -- would improve voter turnout.

“We came to the conclusion that it looked like people were distracted at that period of time,” Cook said.

At the urging of the League of Women Voters, state lawmakers voted in 2013 to move Election Day, since it is set by state law, and this year New Orleanians went to the polls in October for the primary and November for the runoff.

But Inauguration Day is set by the city charter, so it remained on the first Monday in May.

Voters in 2014 decided to move it to the third Monday in January to keep a two- or three-month transition between incoming and outgoing mayors and City Councils. But that change didn’t come until after Landrieu and the City Council members had already started their current terms, so it won’t kick in until 2022.

That means LaToya Cantrell and the new City Council’s terms will be shorter.

“She will take office in May and instead of getting four full years, she’ll have three years and eight months,” DuBos said.

Cook said Landrieu was supportive of the change to move Election Day when the League of Women Voters approached him about it shortly after he began his first term. But she admits he wasn’t thrilled about the possibility of a shorter second term.

“We had to make a compromise,” she said of the efforts to try to make changes to the election and inauguration calendars.

Again, that’s why we rate the claim that Landrieu gave himself an extra six months in office as false.

HELP VERIFY: Do you have something you'd like us to Verify? If so, send us a message on our Facebook page, tweet at us using #WWLTVVerify or email us verify@wwltv.com.