VERIFY: Does Louisiana have the most uninsured drivers?

That claim is tossed around as a reason auto insurance rates are set to rise, but is it true? 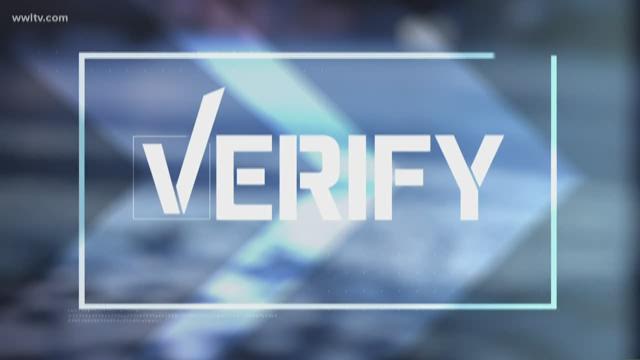 NEW ORLEANS -- When word began to spread that auto insurance rates in Louisiana are set to rise, there was a common thing drivers blamed the coming increases on: the high number of uninsured drivers in the state.

But is that actually the case?

In conversations with people who track those stats, we heard something else: Louisiana is not among the states with the highest number of uninsured drivers. In fact, Louisiana isn’t even in the Top 10.

Still, that means Louisiana ranks near the middle of the pack when it comes to drivers with no insurance.

Florida and Mississippi generally rank among the states with the highest number of drivers on the road with no coverage.

We rate the claim that Louisiana is among the states with the highest number of uninsured drivers as false.

The state does, however, have some of the highest auto insurance rates.

According to data from Insure.com, a consumer insurance group, the average auto policy in Louisiana costs nearly $2,000 in 2017 -- a whopping 50 percent above the national average.

In an interview with WWL Radio, Louisiana Insurance Commissioner Jim Donelon said rates are so high since 40 percent of drivers in the state buy bare-bones policies. When they get into accidents, he said, those drivers are quick to sue, leading to the higher rates.

Another problem, he said, is the number of personal-injury lawyers who promise quick payouts in the event of a fender bender.

“We have an inordinate number of working poor folks. Good, law-abiding, working folks who see television ads like we do,” he said. “When they get a tap on the bumper, they feel like it’s an opportunity for them to collect a $10,000 or $15,000 check.”

That $15,000 figure is the minimum insurance companies must pay out in injury cases, Donelon said, which presents another issue.

“It’s all the $15,000 checks that are being handed out in every courthouse in Louisiana on a daily basis, because it costs more than that to litigate that claim if the insurance company tries to defend themselves or their driver,” Donelon said.