People came together to bring this man to justice 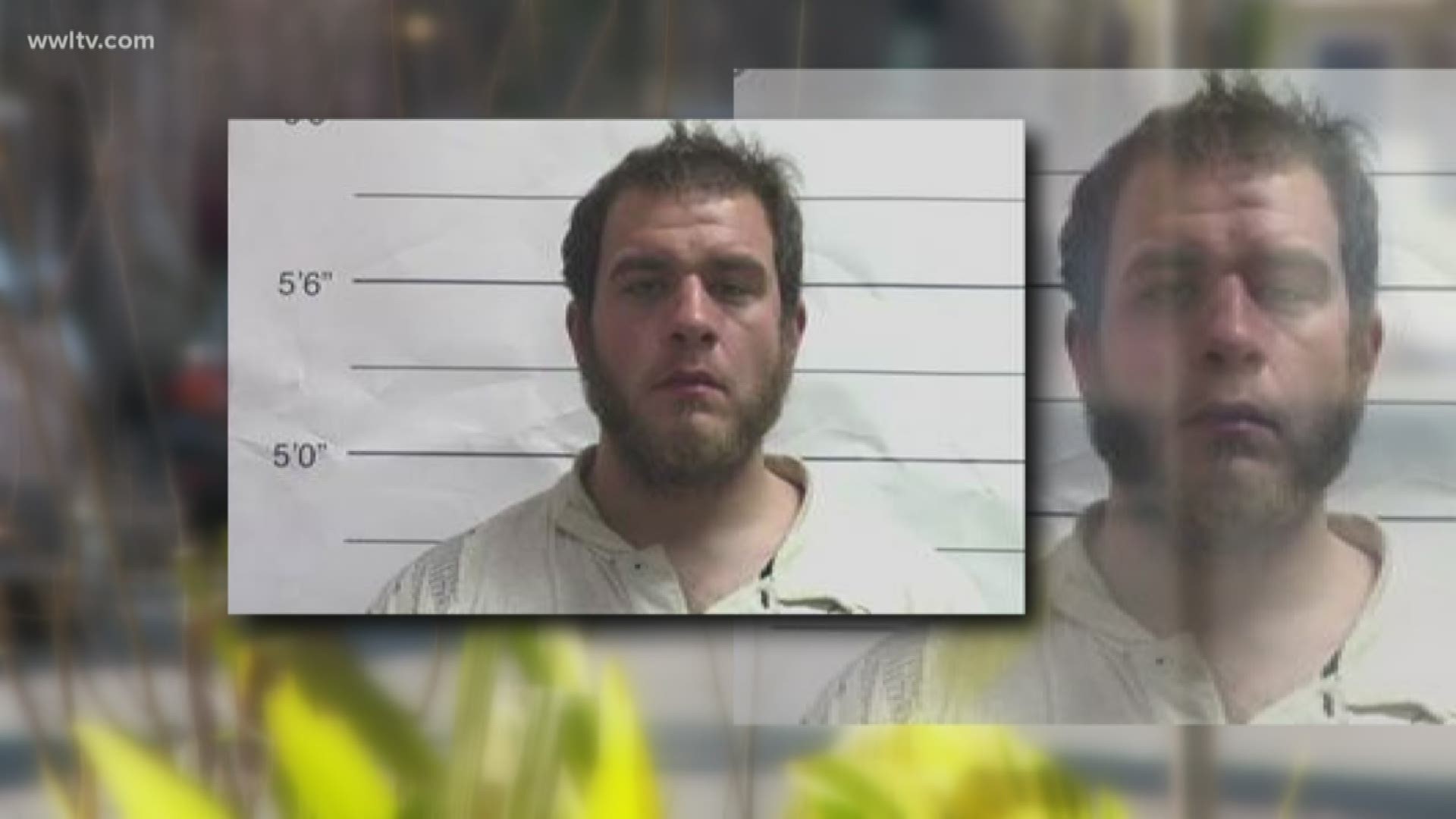 NEW ORLEANS — The first report of an aggressive flasher stalking the Marigny and Bywater came two days before Christmas. A woman was walking her dog in front of her home when a 27-year-old drifter approached her.

Emily called 9-1-1, but by that time, the man later identified by police as Jordan Lincoln was gone. A half-hour later, according to Emily, Lincoln returned and knocked on her door.

She ducked behind a chair and pretended not to be home. It was a frightening few minutes, but at least now she had a clear image of the man on her security video.

That video helped lead to Lincoln's arrest in the French Quarter on New Year’s Eve. Lincoln allegedly struck at least two more times in the intervening days, and according to three women who have accused him and who interacted with the

New Orleans Police Department, the police investigation into his pattern of behavior was hampered by the cyber-attack on the city.

When the city shut down its entire computer network on Dec. 13 after identifying that City Hall computers were infected with ransomware, police officers lost quick access to records that might have aided them in catching Lincoln, like electronic files that would be available across districts.

The case illustrates how the effects of the cyberattack have rippled through New Orleans' criminal justice system, at times slowing down police work and hampering the city's court system.

In addition to issues in the police department, the cyberattack resulted in the Clerk of Orleans Parish Criminal District Court’s electronic subpoena system going offline, which could slow down cases now that courts are ramping up to start the new year.

Prosecutors have also had delays in viewing crucial documents electronically, necessitating a hand courier system so that police reports and other information could be accessed by the Orleans Parish District Attorney's Office.

Lincoln’s arrest also highlights how ordinary citizens were able to use technology to aid a Police Department thrust back into the pre-internet era.

City officials have stressed that emergency responses were never hampered, and that all of NOPD’s officers should soon have access again to electronic police reports and warrants with the push of a button.

But they expressed thanks for the help they received in his case.

“NOPD is grateful to the assistance provided by New Orleans residents that led to the arrest of this individual. Cooperation from the public is always beneficial to the investigative process. The efforts of residents is especially helpful as we work to bring all our systems back after the cyber incident,” the department wrote in a statement.

While the NOPD was having trouble sharing information, the women who encountered Lincoln started their own online efforts. Emily said that after Lincoln finally left her doorstep, she posted her surveillance images on social media sites.

Later that night, a woman alerted by the posts spotted Lincoln in the French Quarter and called police.

But Emily was told that the Eighth District officers who responded had no way to access the information she gave earlier, so he was let go.

"With their computers being down, they're having trouble communicating with their reports. So he was let go that night,” Emily said. “They definitely were apologetic that they could only do so much because of the cyberattack.”

Over the next week, the accused serial flasher became a menacing presence. Two more women called the police with reports of even more aggressive assaults.

“He pulled his penis out and started shaking it at me and threatened to rape me,” said Lady, who also asked to withhold her last name for her safety.

Lady said she took photos and video of the man. When the officers arrived, they told her they were having difficulty sharing their information because of the cyberattack.

The urgency of the situation led Lady to post her pictures and video on Facebook and Nextdoor, a popular hyper-local social media site. Even police officers went off-channel and used Lady's images on their personal cell phones.

Then a woman said she was strolling with her child in the Bywater when he struck again on December 30th at about 8:15 a.m. He followed her and wouldn’t stop even when she rushed to a bystander’s side for help.

When this latest victim went to post her account on social media, she found that the community effort to corral the stalker was exploding with sightings and comments.

“It's sort of comforting to know that in the face of those issues everyday people took it upon themselves to step in and help and work with the police,” the young mother said.

With the community on high alert, Lincoln was spotted in the French Quarter on New Year’s Eve. Community members called police, and also alerted Emily and Lady, who rushed to the location where he was being detained. Emily hopped in a Lyft rideshare; Lady grabbed a Blue Bike.

“I jumped on a bike and I hauled over there,” Lady said.

Their face-to-face identification was enough for officers to arrest Lincoln. An officer hand wrote an arrest report so that Lincoln could be booked on the spot on one count of obscenity.

After his arrest, Lincoln's accusers embraced each other and one of the citizen spotters.

Lincoln’s bail was set at $55,000 and he remained locked up at the Orleans Justice Center as of Monday. Police could add additional counts.

The NOPD may have been forced to work in stone age conditions, but Jordan Lincoln's arrest revealed a silver lining to the dark cyber-cloud, said Donovan Livaccari, spokesman for the Fraternal Order of Police.

“It's taken longer to get things done than it may have a month ago,” Livaccari said, “but things are getting done and if the end result is a better relationship with the people of the city then that's not the worst thing that could come out of it.”

Livaccari said that with departmental computers shut down, officers couldn’t access databases, share citizen complaints, send out bulletins or circulate photographs and videos of suspects, such as Lincoln.

The NOPD says that officers could still phone dispatchers to check whether suspects had active warrants, and 9-1-1 was never impacted.

“NOPD now has limited electronic reporting capabilities in all districts,” the department said in its statement. “However, until this situation is resolved, officers will continue writing reports by hand to assure thorough documentation of all incidents.”

Lincoln’s accusers said they didn’t realize the full extent of the cyberattacks until they witnessed its fallout first-hand.

They aren’t the only ones affected.

The Municipal and Traffic Court remained mostly shuttered on Monday.

The District Attorney’s Office has its own computer system that wasn’t infected by the malware, a spokesman said. But prosecutors have struggled with the lack of electronic access to police and crime lab reports, pictures and rap sheets, except when records are available on state systems.

NOPD officers have been forced to ferry over hand-written reports to help prosecutors with cases and decide whether to charge defendants.

Morrell disputed the idea that subpoenas haven’t gone out at all. But he did acknowledge delays.

“They may go out a little late, but the process is all being done by hand,” he said.

However, Morrell acknowledges that ordinary people asking for a copy of their court records — often to obtain an expungement or employment — are out of luck for the foreseeable future.

That’s the bitter news for one Florida man who wanted to get proof that a pot possession charge from 1998 ended with a misdemeanor plea.

The man, who requested anonymity so as not to affect his business, needed proof by Jan. 5 to obtain a real estate license. He’s called the clerk’s office every day for weeks.

“Here I am going back at it, excited about a change of life, and the only thing pending for my license to be renewed by the state of Florida is the disposition of this case in New Orleans,” he said. “They cannot even tell me an ETA.”