"I took this photograph. I've shown it around at every reunion and everyone remembers you but all we know is Louisiana." 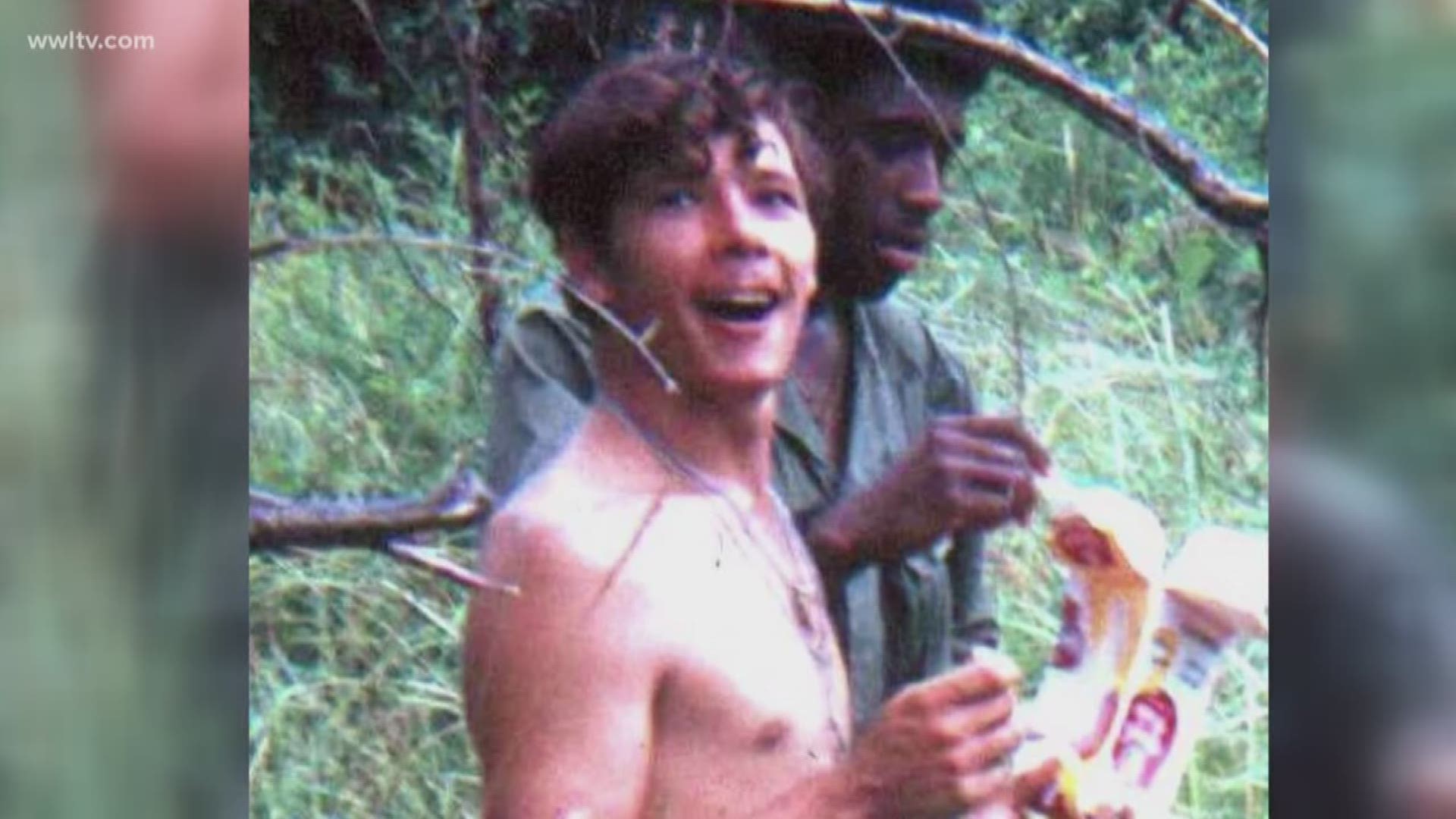 Vietnam Veterans from across this country are on a mission to find their old army buddy. His name? Well that’s the problem. They only know him his nickname, Louisiana, and they only have one photo from nearly 50 years ago.

In the photo, taken deep in the jungle of Vietnam in late 1970, the mystery army soldier is eating ice cream and doing what his platoon mates say he always did - smile.

“We just remember he was a very jovial and lighthearted person who kind of lifted the spirits of the rest of the troop,” said private Jim Garvin, who took the photo.

After repressing memories of Vietnam for years, Garvin started attending reunions. Most recently he was in Orlando, Florida but his old friend Louisiana was not there. Garvin and his fellow vets recorded a message for him. In it Garvin says “I took this photograph. I’ve shown it around at every reunion and everyone remembers you but all we know is Louisiana."

Garvin says attending these reunions has allowed him to heal in many ways from the often demoralizing Vietnam War. He’d like to see his buddy to maybe offer the same treatment.

“It’s hard to communicate the things we experienced to people who did not experience them and to relate them to the people who experienced them with us is a very healing process,” said Garvin.

Given the nickname, naturally the thought was maybe Louisiana was from the Bayou State but like it’s depicted in the movie Forrest Gump, where Tom Hanks’ character says his platoon mate Dallas is actually from Phoenix, Garvin says oftentimes nicknames were given for a various number of reasons. Some didn’t even make any sense.

In hopes of finding the mystery soldier, Garvin’s wife posted Louisiana’s photo to Facebook to her 300 or so friends. It has since been shared more than 18,000 all across the country.

Garvin wants to see Louisiana again not necessarily to relive the disheartening parts of the war but simply to share a connection that only Vietnam vets will truly understand.

“The slogan is ‘remember the bad times once and the good times forever,” said Garvin.

The army does offer support to help vets find friends but without a real name their hands are tied. What we do know is the photo was taken between August 1970 and February 1971.

Louisiana and Garvin served together in the Army Infantry, D company, 2nd and 8th Cavalry, Range Platoon in Vietnam.

If anything rings a bell, send us a message and we will pass it out to Jim and his buddies.