Virginia gun stores adapting to new laws in the Commonwealth

As of July 1 new gun laws are in effect for Virginians as more and more people are looking to buy them. 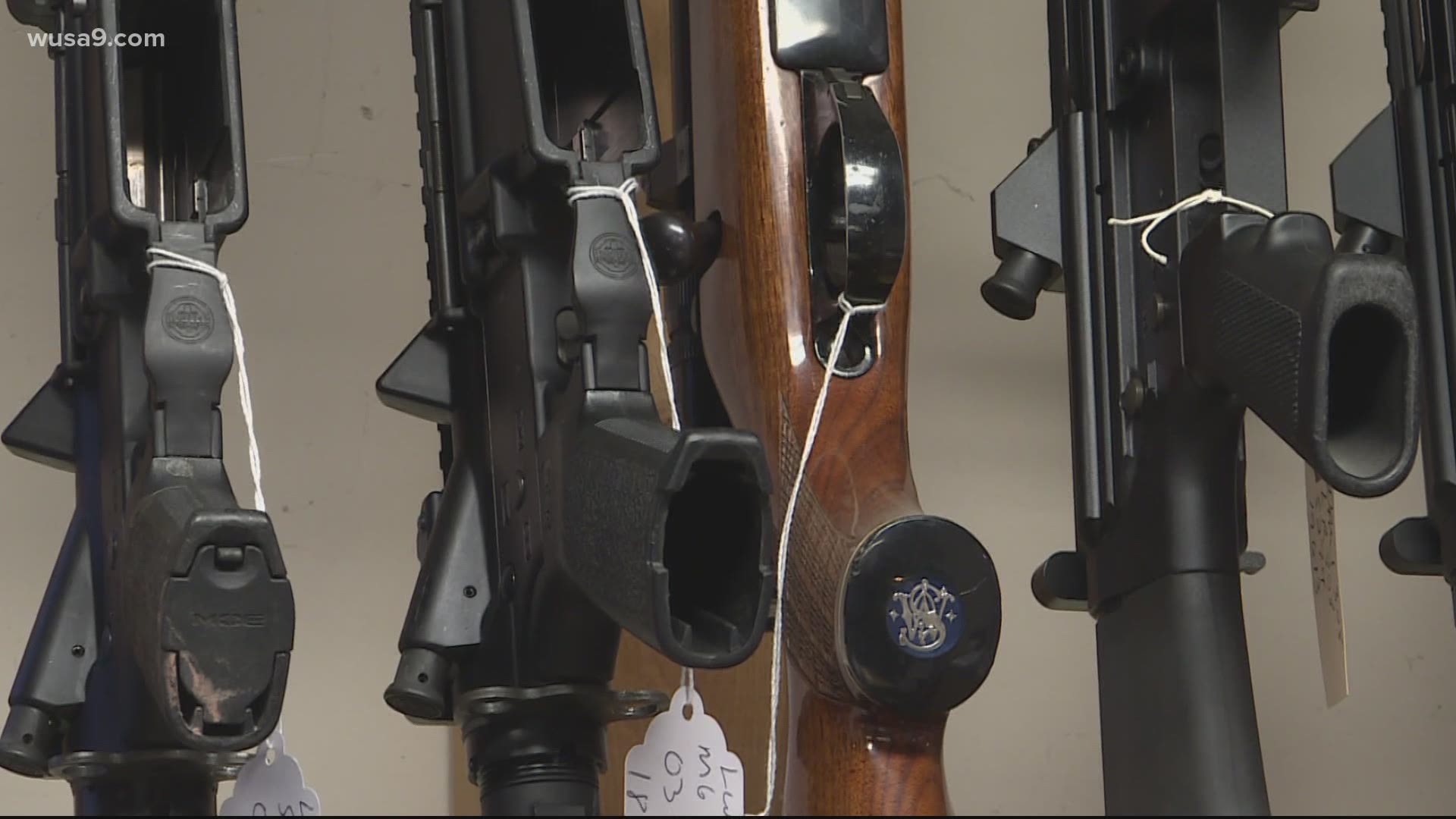 PURCELLVILLE, Va. — On July 1, Virginians woke up to new gun control laws, many of which reflect the Democratic majority in the General Assembly.

“It's just more paperwork for us to take care of,” Purcell Store Inc. owner Dale Thompson said. “There's certain people that try to collect different types of firearms, and they're not going to be able to buy as many without getting a carry permit because some people do buy more than one at a time.”

Thompson said he doesn't think the new bills will stop criminals from getting guns, but will ultimately add more work on his end. In his Purcellville store, he has decades worth of paperwork that he continues to have to store on all of his gun sales.

As of this spring, Thompson said he’s had a spike in paperwork with a 400 to 500 percent increase in gun sales since the COVID-19 pandemic started. Some gun store owners said they started seeing a spike when the gun bill debate began in the General Assembly.

Gun data from the Virginia State Police confirms a spike in background checks.

January 2019 to January 2020 saw an 86% increase in Virginia background checks, according to the VSP.

For the months of February, March and April for this year, numbers nearly doubled from the year prior.

VSP said dealers are only required to request one check per person, so the numbers could be higher. 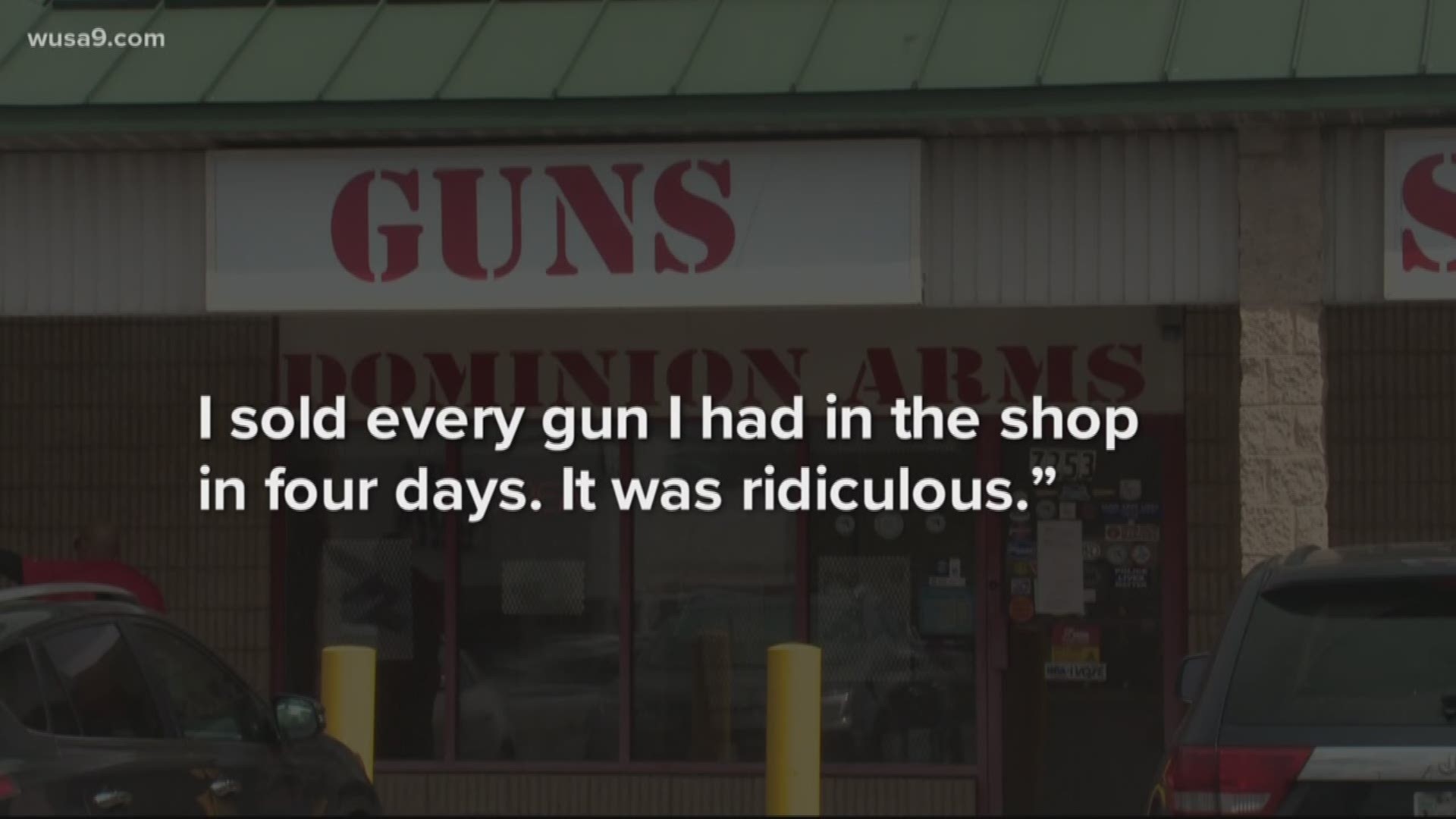 When it comes to required background checks, Thompson agreed that that should be something people have to pass before getting a firearm.

“Everybody should be able to purchase the gun and be able to pass a background check," Thompson said. "I don't want felons to get guns either."

As of July 1, gun safes with a selling price of $1,500 or less per item are exempt from the retail sales and use tax.

Here’s a list of bills signed by the governor in April: 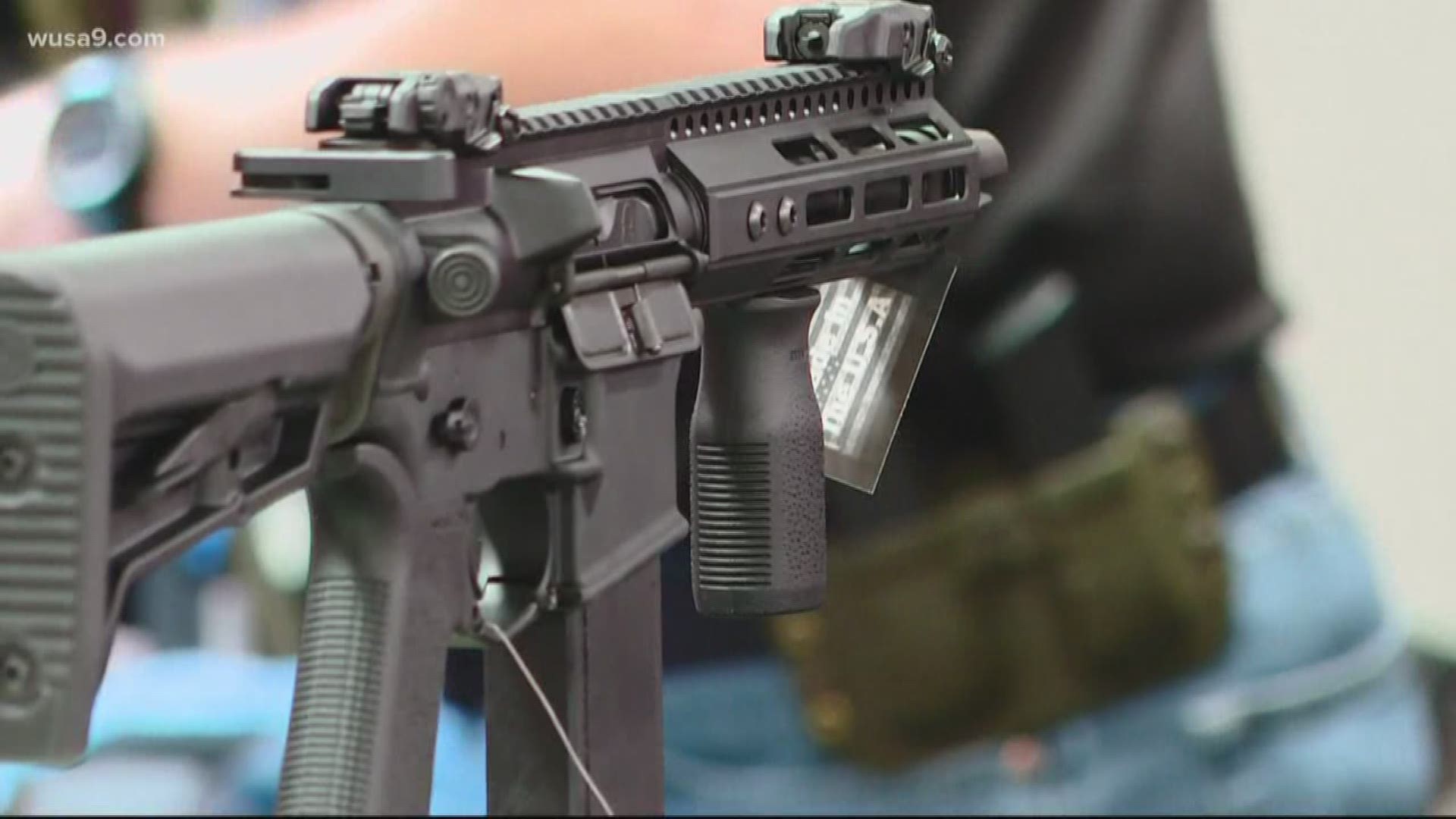