The state of emergency is said to allow the Commonwealth to mobilize resources that include the Va. National Guard to assist localities in de-escalating violence. 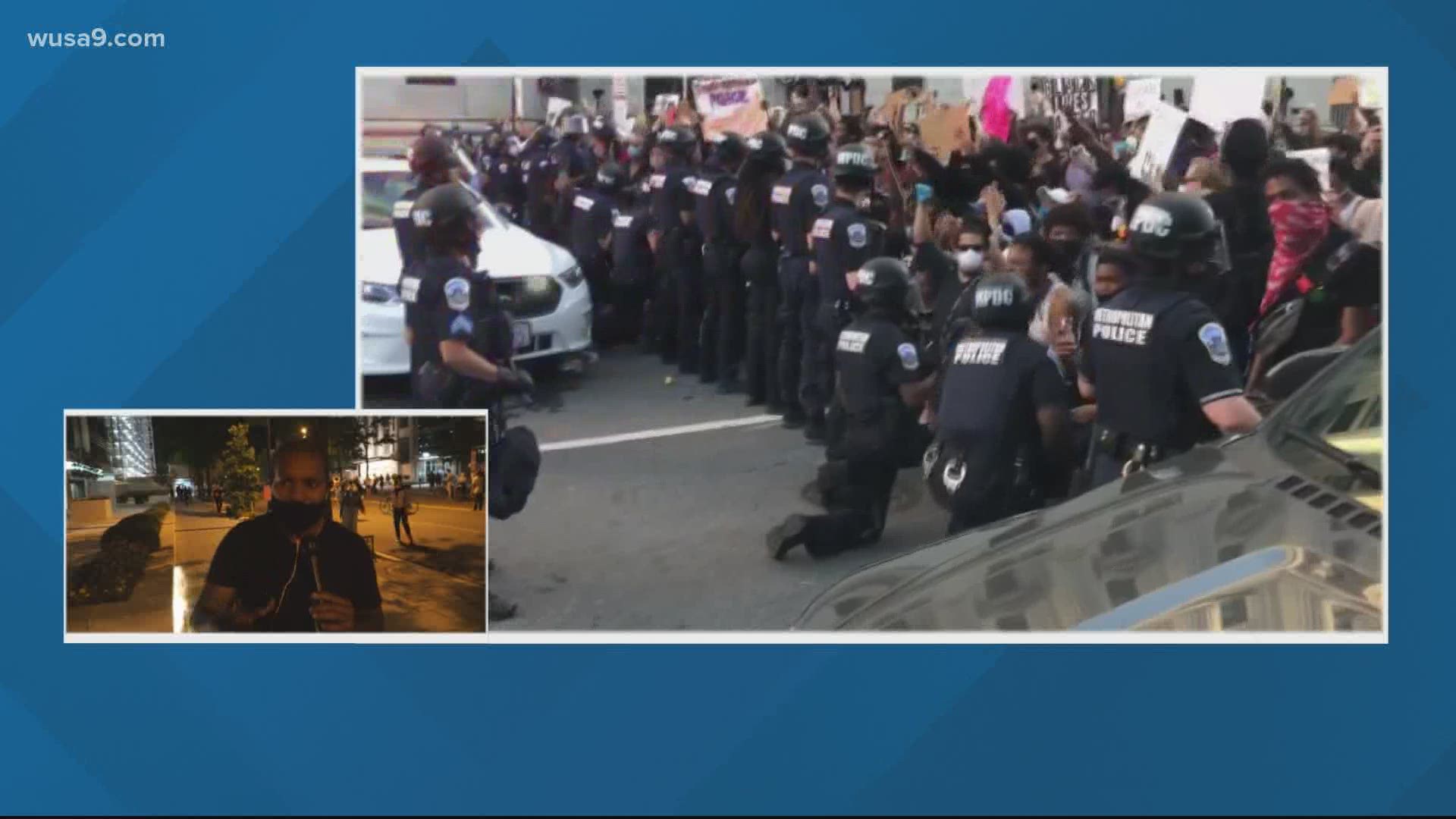 RICHMOND, Va. — Virginia Gov. Ralph Northam has declared a state of emergency in response to escalating violence across the Commonwealth.

The state of emergency allows for the mobilized resources, like the Virginia National Guard, as well as the pre-position people and equipment to help localities "de-escalate violent protests and protect public safety," according to state officials.

“This emergency declaration will provide the necessary support to localities as they work to keep our communities safe," Northam said. “There are many voices speaking out for justice and healing across the United States and in our Commonwealth, but others are exploiting this pain and inciting violence.”

The governor also granted Richmond Mayor Levar Stoney's request to extend the curfew he approved earlier Sunday for the city.

The city curfew is from 8 p.m. to 6 a.m. starting Sunday and extending through Wednesday.

Earlier Sunday, Northam called for Virginians to unite after two nights of destruction and unrest in the River City.

“I hear you. I know your pain is real," Northam said in a tweet. "We have all seen too many people harassed, abused, and killed by law enforcement officers, in too many places, for too long—just for being black. I also know that others are exploiting this pain and are now causing violence."

Northam also said the Virginia National Guard was alerted and will help "protecting our residents, businesses, especially small and black-owned businesses, and the capital city."

“As Governor of Virginia, I call on all Virginians to join together and build a renewed commitment to working for justice and fair treatment,” Northam said.

RELATED: Richmond mayor: Curfew to be imposed after violent protests