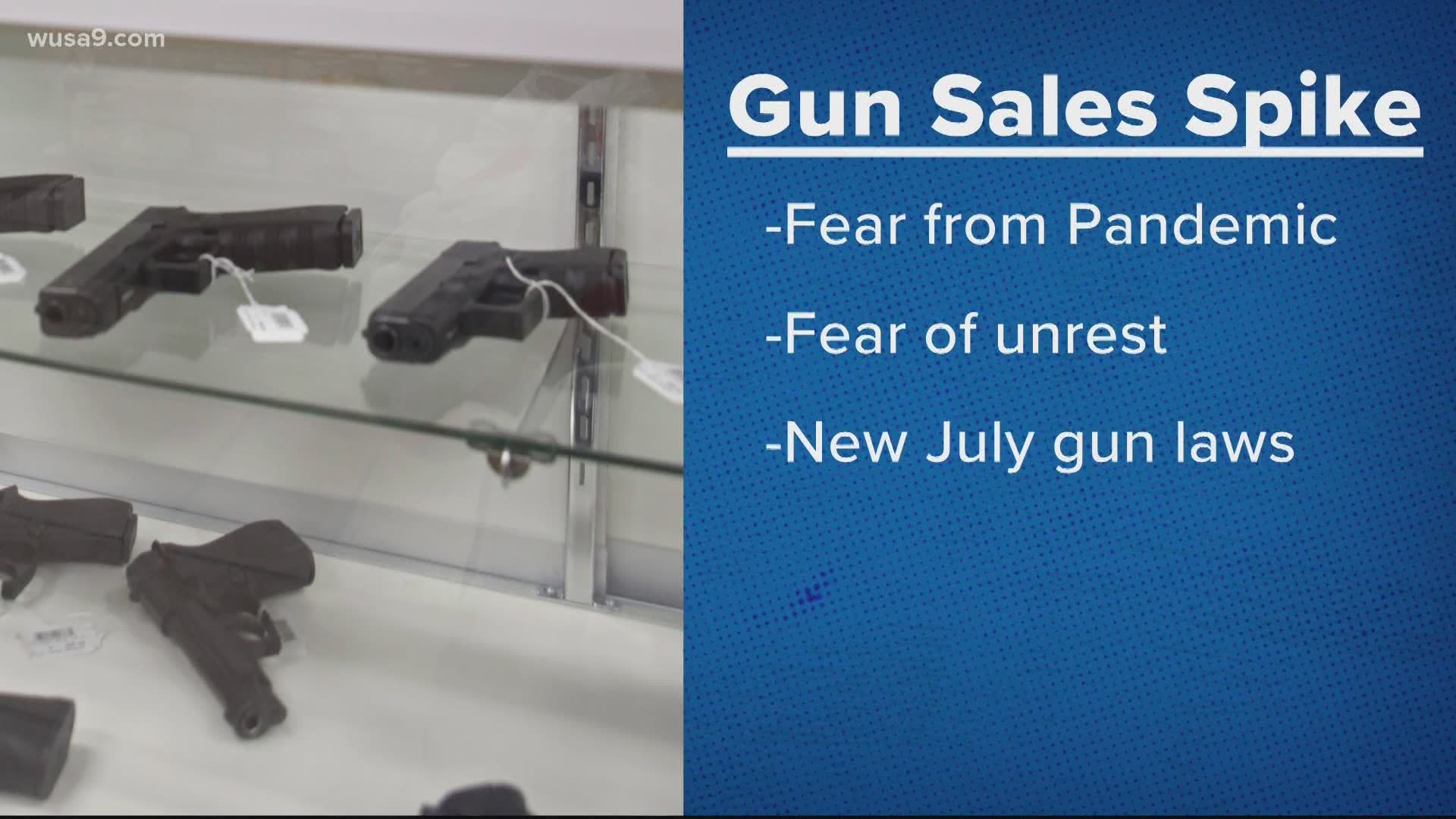 It is no shock to experts as to what caused the boom in gun purchases, but gun violence prevention experts believe it will lead to more violence down the line.

“I’m not sure in history if we have had this many first-time gun buyers,” David Chipman, gun violence prevention group Giffords said.

We also spoke to Mark Oliva who represents the Trade Association for Firearms Manufacturers.

“Sales in Virginia are well above where they were the year before,” Oliva said.

Both men agree on the several factors causing the run on guns In Virginia:

“What we do know is more guns equal more violent outcomes,” Chipman said.

Chipman is concerned, the boom in gun sales to first-time gun owners will make it worse.

“People largely do not have the ability to train with those guns because ranges are closed,” he said.

Oliva disagrees. He said firearms manufacturers made sure the guns sold come with gun locks and safety kits.

He also said his group worked with retailers to keep guns out of the hands of people who aren’t allowed to own guns.

This morning what caused the spike in gun sales in Virginia. #getupdc @wusa9 pic.twitter.com/R1wQJIf7Lf