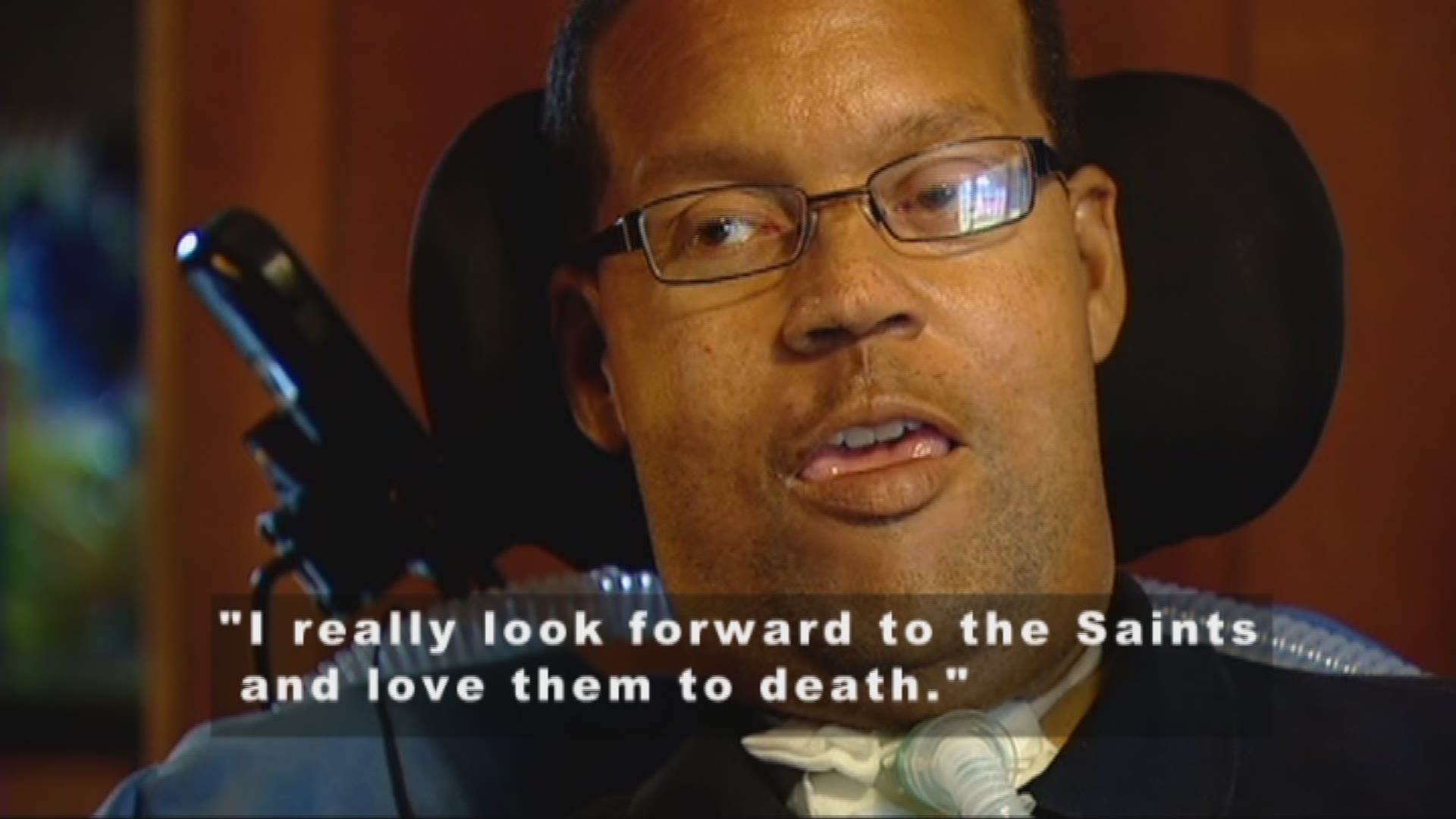 A New Orleans Saints superfan dealing with multiple sclerosis is suing the Mercedes-Benz Superdome for “knowingly violating” the Americans with Disabilities Act.

Shelby Bailey filed a lawsuit Thursday, saying Superdome management put him in what he calls some of the worst seating available for people with disabilities. Bailey has been a season ticket holder for over thirty years, according to his attorney.

Before 2011, Bailey’s season ticket seats were on a wheelchair-accessible, raised 100-level of the Superdome. After renovations, Bailey now says his seats are not raised enough to see the game and jumbo screen at certain times, especially when fans stand and cheer. Bailey says it’s an issue, especially since he is confined to a wheelchair and can't stand like most fans.

"Put another way, Saints fans with disabilities were reassigned to some of the worst seats in the stadium," reads the lawsuit.

Before he filed the lawsuit, Bailey tried to get the Superdome to move him to better seats so he could see the field and jumbo screen if fans were to stand up.

In November of 2017, Bailey’s attorney, Andrew Bizer, sent a letter to Superdome management, stating they are violating Bailey’s rights and he wanted to discuss a resolution to the lack of appropriate ADA accessible seating.

Whether management answered Mr. Bizer’s letter was not stated in the lawsuit.

The Superdome has always taken and will continue to take steps to accommodate individuals with disabilities. Since this matter pertains to litigation it would not be appropriate for us to provide further comment.