Who benefits from the petrochemical industry in St. James Parish?

Population numbers have been dropping in St. James. Some people say they don't want to live in an area surrounded by industry, like Burton Lane. 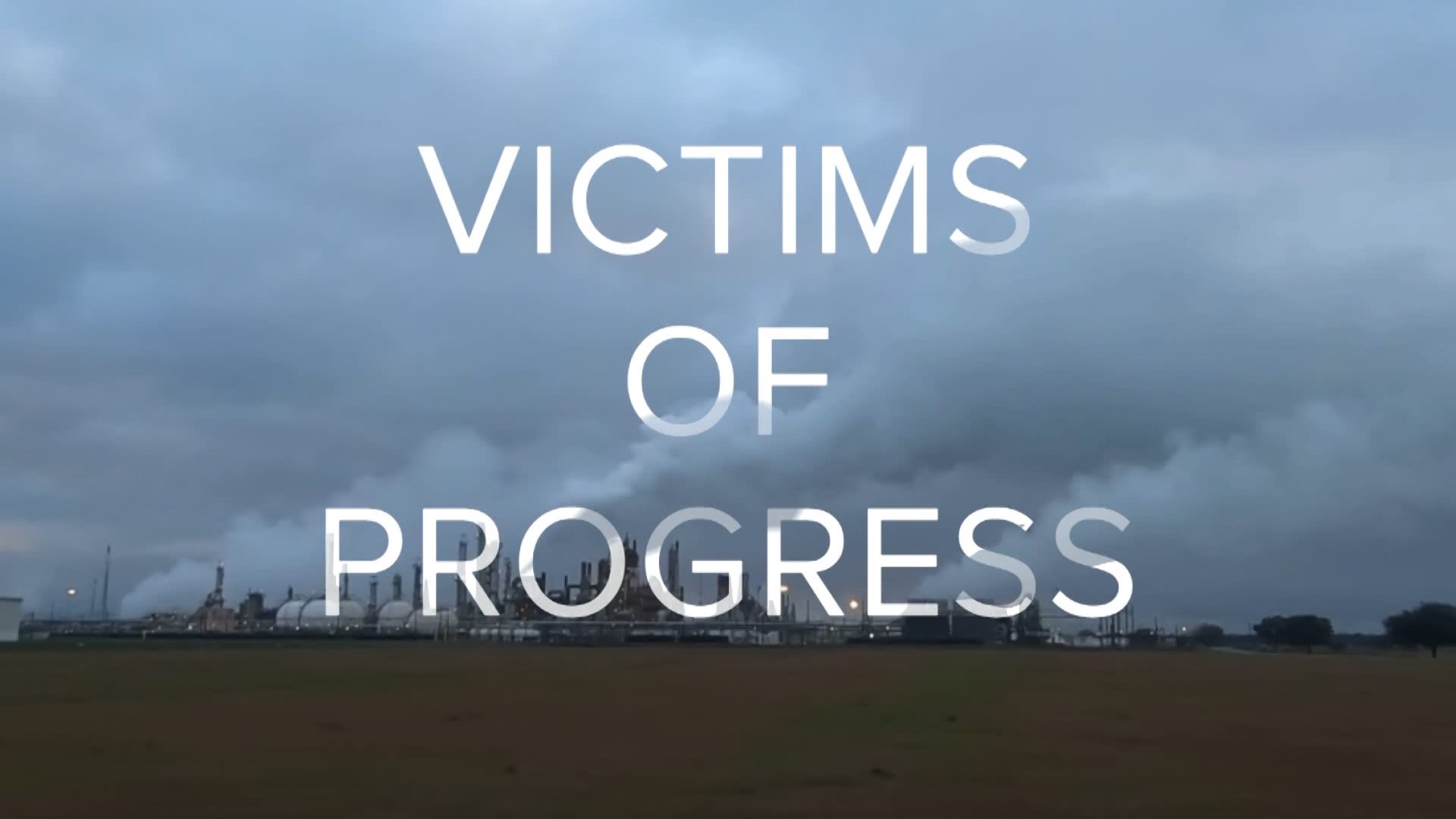 NEW ORLEANS — As members of the St. James Parish Council met in January, they decided not to allow public comments, but members of Rise St. James showed up anyway, demonstrating their opposition to industrial plants near their homes.

Attorneys and environmentalists have been working alongside Rise St. James, as the movement began working to protect St. James Parish residents from the hazards of more industrialized plants in the area.

"We at the Center for Constitutional rights proudly represent Rise St. James," Attorney Pam Spees said. "Through that representation, we discovered that Formosa's consultants had discovered burial sites likely of enslaved people on the proposed site."

In part one of Victims of Progress, WWLTV introduced Sharon Lavigne, a woman who is on a crusade to stop more chemical plants from coming into her St. James parish community.

She formed the group Rise St James, after learning another plant called "Formosa" was slated to build near her home. It's being called the largest facility in the state, producing products like plastic bottles, and grocery bags.

Director of the State Division of Archaeology Chip McGimsey said Formosa has to navigate through government-enforced requirements to build a plant.

"Pretty much, the entire stretch on the river from New Orleans to Baton Rouge were plantations," McGimsey said." So, there is going to be a slave cemetery — I would say with almost 100% certainty with every plantation that existed."

Before a project can move forward, Formosa has to follow regulations as part of their process to get permits, McGimsey said. Following the National Historic Preservation Act, that also includes taking into account their effect on cultural and historic resources.

The site of the slave cemetery has been surrounded by a chain-link fence put in place by Formosa.

"(Formosa) is respectful of historic burial grounds and remains committed to cooperating with and following all local, state, and federal laws and regulations related to land use and cultural resources," the company told WWLTV.

While Formosa implies that the gravesite won't be disturbed, the same can't be said about the agricultural landscape surrounding it.

"One of the things we do worry about a lot between New Orleans and Baton Rouge is that landscape is disappearing at an enormous rate," McGimsey said. "Today, as the chemical plants come in, they'll take two and four thousand acres out of that. One goes in next door, and one goes in next door— pretty soon you have no agricultural fields,  and as you say it's just an urban industrial landscape."

St. James Rise's mission is to fight the industrial take over of residential and agricultural lands in St. James Parish.

The group's leader, Sharon Lavigne told WWLTV most St. James Parish residents weren't aware of a vote taken by the parish council in 2014 to bring more industry to the area.

The 2014 Land Use Plan reclassified District 4 and District 5 in St. James Parish as "residential/future industrial" areas.

District 5 Councilman Clyde Cooper said he's lived in St. James Parish his entire life. He said he wasn't part of that vote, which is ushering in industry.

"If it's classified as industrial, that means industry is allowed to build in the area" Cooper said. "I don't believe a lot of the locals have a strong enough voice at the table to decide if the industry should be allowed in their area or not."

Cooper said the fifth and fourth districts, which are on the east bank of the river, are the most affected by the chemical industry, and those communities are mostly African American.

Districts four and five were the only two districts changed to "residential/future industrial."

Anne Rolfes, the Director of the Louisiana Bucket Brigade, an environmental health and justice organization,

"I think you can talk to a lot of urban planners, and they will tell you they have never heard this cockamamie idea that residential can go with industry," Rolfes said. "They claim that this district is dying, but why is it dying? Because the parish government closed the high school, closed the post office. The parish government in the past has played an active role in killing off some of the most important institutions."

So just how much power does the parish government have over who takes up space in St. James? According to Cooper, a lot.

"The council can overrule the planning commission board when it comes to the industry," Cooper said. "If there is an appeal set by the people who don't want industry in that area then the council will have to make a decision to allow industry to come in that area or not."

Cooper voted for Formosa to come to St. James Parish.

"Initially, I was not in agreement of them coming in," Cooper said. "The decision I made was with stipulations to allow them in. Meaning they have to put up fence monitoring systems, they have to contribute to the local school system in the area, they have to beautify the park where the plant will be located,  and they also have to put in training for the residents who live there in the West Bank."

Population numbers have been dropping in St. James. Some people say they don't want to live in an area surrounded by industry, like Burton Lane.

"A lot of people in Burton Lane wanted to sell," Levigne said. "They wanted to sell because of two industries on each side. That’s Nustar and over on this side is Marathon."

Charisse Gibson spoke with someone who lives in the area about what he's experienced. Terrell Mayho's mother, Geraldine was an active member of Rise St. James. She died before she could witness the growth of the movement.

"You know she was fighting for everything she could get to," Terrell said. "The pollution is all over the area. It's all in the ditches when it rains." 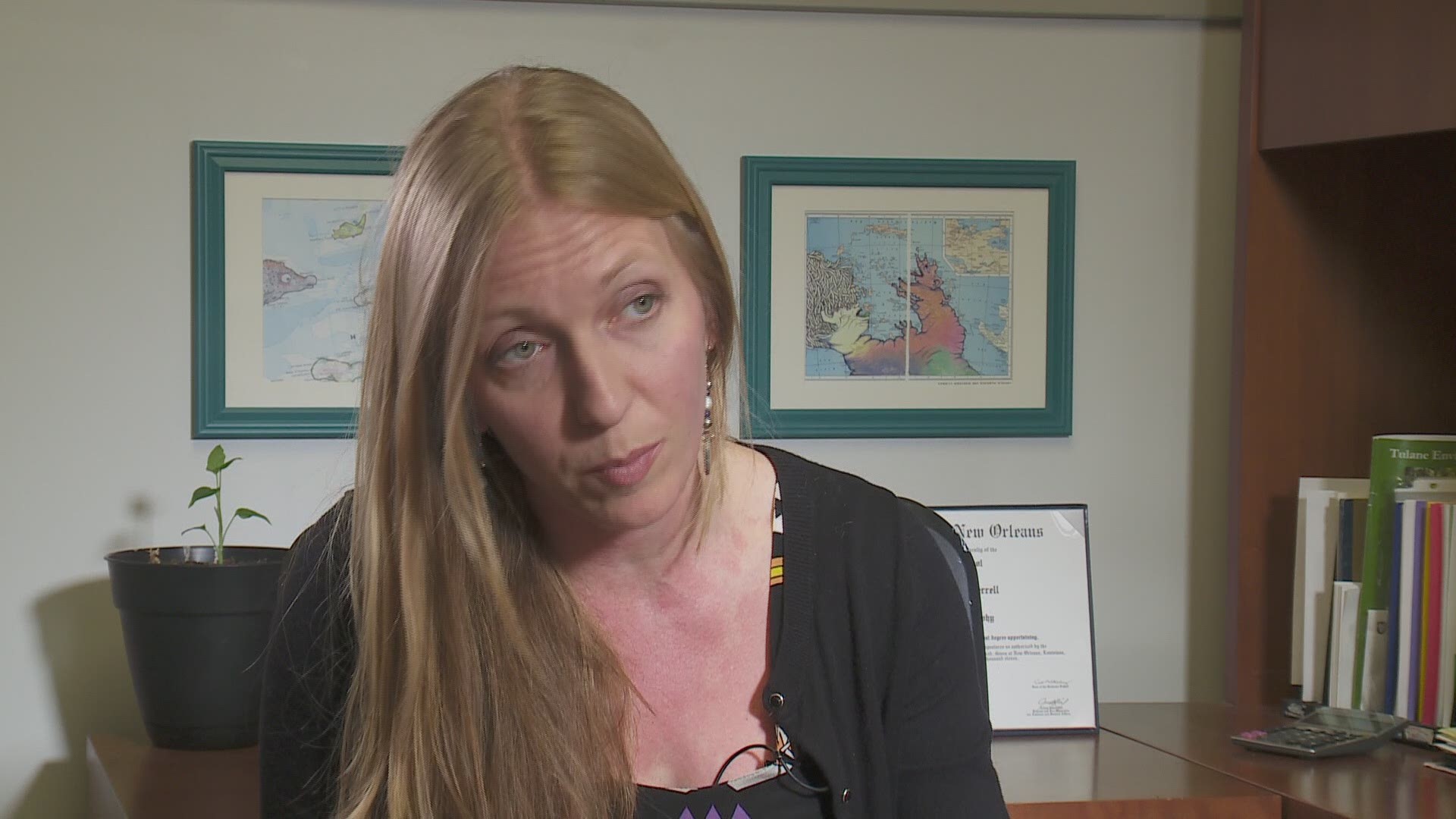 When industry arrived in St. James, a promise of a stronger economy and jobs came with it.

A spokesperson for Governor Edwards told WWLTV,  Formosa would bring 1,200 direct jobs and an estimated 8,000 new indirect jobs, but who actually gets the jobs? That is up for debate.

Cooper told WWLTV that he hasn't seen the jobs that were promised with industry. He said, "very few local people get job opportunities at those facilities."

WWLTV's partners at the Times Picayune/New Orleans Advocated quoted Michael Hect, President and CEO of Greater New Orleans,Inc. He said "to fill jobs at the plant, Formosa will draw workers from as far away as Lafayette and Hancock County, MS....with the hopes they would convince people to buy homes in St James parish."

But with the community designated as future industrial, will St. James Parish see any growth?

Levigne hopes with the growing attention towards Rise St James, it will.

"I’m not going to give up and let someone take over our community and take over our homes," Lavinge said. "So many people in Saint James expressed to me they are glad we are fighting, and they are behind us. They don’t want to move, either. So if God hadn’t spoken to me, I wouldn’t be doing this today, but when God told me to fight, I know he has a plan for us."