Why are painted electrical boxes disappearing?

The Irma Thomas box disappeared about a week ago, but it had been there for about two years. And that's not the only one. 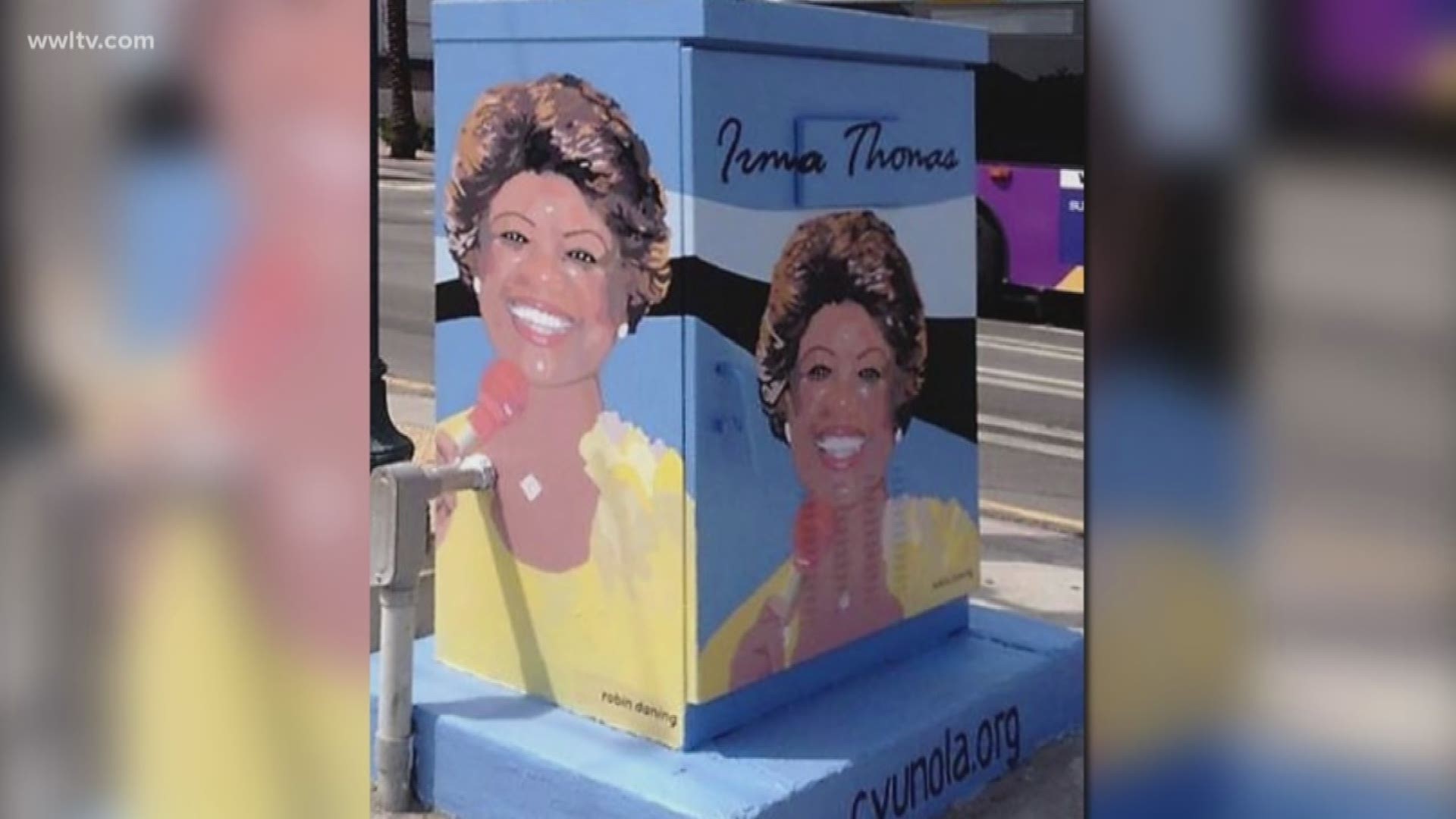 NEW ORLEANS -- Decorated utility boxes have become well-known and easy to spot in many neighborhoods in New Orleans, but some have been disappearing -- including a well known one on Canal and Basin featuring Irma Thomas.

"Her music is good. She's like another Allen Toussaint," Reba Orvold said.

"She's been a pillar of the community every since way back in the day," Dwonald Hinton added.

This Friday, people we talked with waiting for the street car remarked at the new naked box that took the place of the one with Irma Thomas' face on it.

Tidy's group gets approval from the City of New Orleans, raises money and then hires artists to make works of art.

Tidy says the Thomas box disappeared about a week ago, but it had been there for about two years. And that's not the only one. Tidy says others have also vanished, including the Dr. Martin Luther King Box near MLK and Claiborne.

"Once the boxes are beautified, of course no one wants to throw their trash by them because they are works of art," Tidy said.

A week ago, Tidy says she reached out, but still remains in the dark, as does the Soul Queen of New Orleans herself.

"A major thoroughfare both directions at a corner where lots and lots of people pass I thought that was a great honor," Irma Thomas said.

On top of that, Thomas says it meant a lot to see the box whenever she passed by.

"Don't wait till we're dead and then all of a sudden we're great people no celebrate us while we can still appreciate it."

Eyewitness News is still waiting for an explanation from the City and will give the latest updates as we get them.