When it's done, projected to be late 2022, the idea will be for an easier commute for drivers to the new terminal. 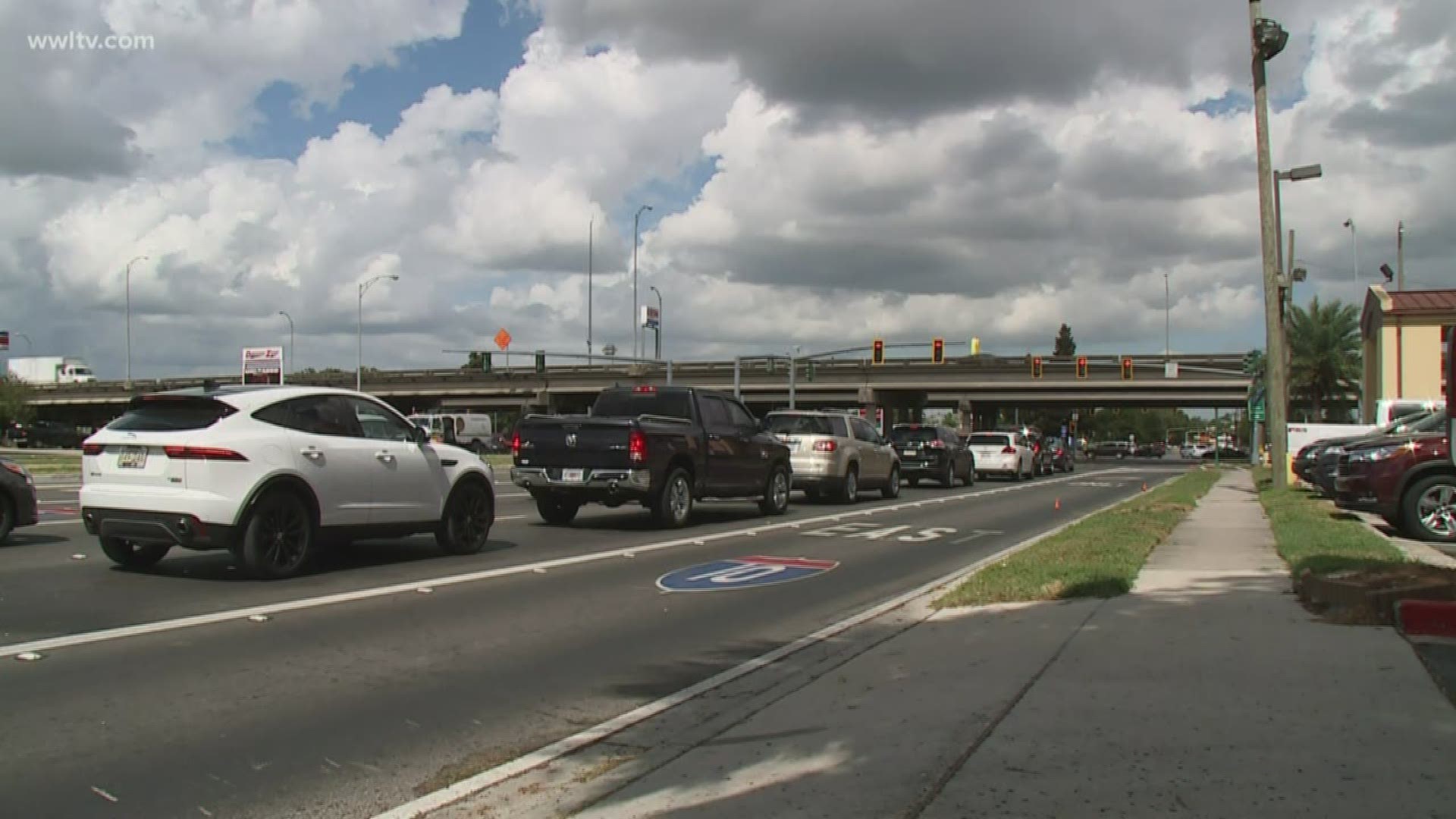 KENNER, La. — There are signs at Loyola Drive and Veterans Boulevard -- new road signs and heavy equipment -- that give a clue of what's to come.

And drivers along Interstate 10 will soon see the next phase of construction related to the new terminal at Louis Armstrong International Airport.

Officials on Thursday broke ground on flyover ramps designed to get drivers to and from the terminal in a more direct way.

Whenever the terminal opens -- a date which has been delayed several times -- drivers will have to get off of I-10 at Loyola and sit through several lights. It’s the same for those who want to get on the interstate.

The $125.6 million dollar project will rev up in January, and work should wrap by late 2022. State DOTD Secretary Shawn Wilson says he hopes the weather will cooperate.

"Remember, when you're building construction outdoors, you're subject to the elements and many of our projects have been running 20 to 30 percent behind because of weather," he said.

Interstate closures are easier to control than the forecast, and Wilson says drivers shouldn't have to worry about rush-hour backups.

"There'll be very minimal closures of the interstate. They'll typically be in the evenings,” Wilson said. “And that's going to be much further down the project.”

RELATED: Work on flyover ramp to new MSY could finish earlier than expected

The work on the ramps was planned years after construction began on the new terminal, a fact that many elected leaders who spoke at the groundbreaking on Thursday.

The airport was the idea of former Mayor Mitch Landrieu. Andy Kopplin, who served as Landrieu’s chief administrative officer, attended the groundbreaking for the new ramps, but would not answer questions from WWL-TV about why the terminal was planned without new interstate entrances and exits.

Even though it’s a construction project, there will be some demolition. There are some buildings, including a Red Roof Inn, in the way of the ramps’ paths that will have to be torn down.

Further down the road is the opening of the new $1 billion terminal. Airport leaders have declined to give a date for when that will happen, saying only that it will open in “fall 2019.”

But a source told WWL-TV that the airport recently got a temporary certificate of occupancy, which essentially means the building is no longer a construction zone.

"It's a very significant milestone in the project,” Aviation Director Kevin Dolliole said when asked about the certificate. “It pretty much indicates that you've tracked well enough along the way to being able to actually occupy and use the facility as intended.”