Crime and the crisis at the Sewerage and Water Board ranked at the top of list of concerns for voters in the upcoming election. 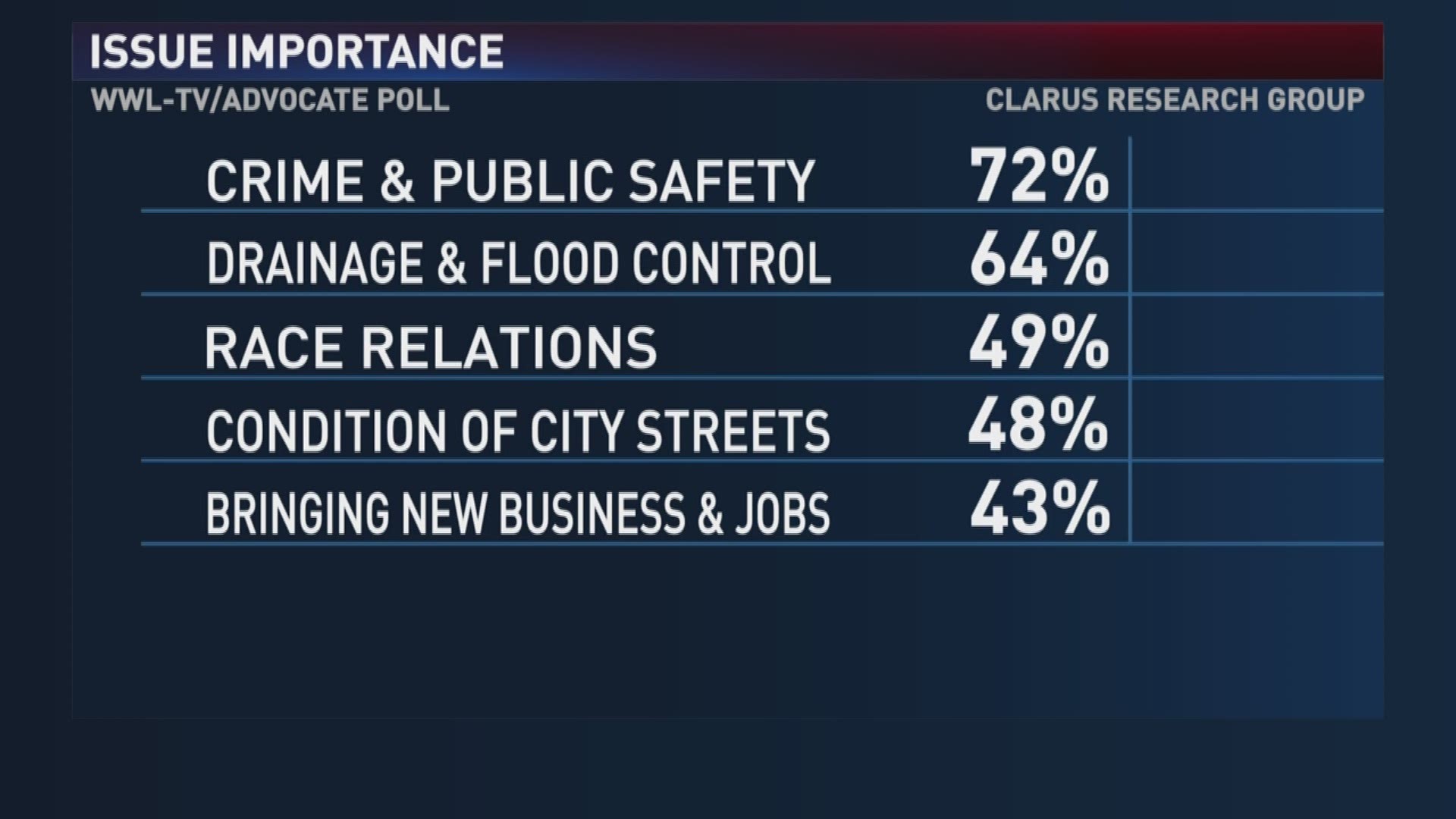 While the New Orleans mayoral election has not elicited a lot of excitement, it doesn't mean voters are apathetic about the issues. To the contrary, the voters have strong feelings about city priorities, according to a new poll from WWL-TV and The New Orleans Advocate.

New Orleans’ murder toll may be down but not the perception that crime is the city's paramount problem. On a scale of 1 to 10 with 10 being most important, 72 percent of the respondents in the poll by Dr. Ron Faucheux rated crime a 10, followed by flood control at 64 percent.

“Clearly the two red-hot issues are crime and the Sewerage and Water Board pump drainage issues,” Faucheux said.

Race relations ranked third at 49 percent. “I think all three of the major candidates for mayor, because they are drawing significant support from both white and black communities, may be in a position to unite the city,” Faucheux said.

Rounding out the rest of the list of most important issues were streets (48 percent), jobs (43 percent), cutting wasteful spending (42 percent) and addressing the availability of affordable housing (41 percent).

Another controversial issue this year was short-term rentals, made popular and profitable by websites like Air BNB. The City Council legalized them in most neighborhoods, with some restrictions, but voters are split: 43 percent in favor, 41 percent were opposed. 16 percent were undecided.

“What’s interesting is that even though they're concerned about all the issues, they haven't developed an intensity of feeling around the candidates as it relates to these issues.”

Faucheux says at this point, any two of the three top candidates could make the runoff and then, in his words, it's a whole new ballgame, with no obvious frontrunner.

The telephone poll by Clarus Research Group surveyed 500 likely registered voters in Orleans Parish. It was taken Sept. 25-27 and has a margin of error of 4.38 points.