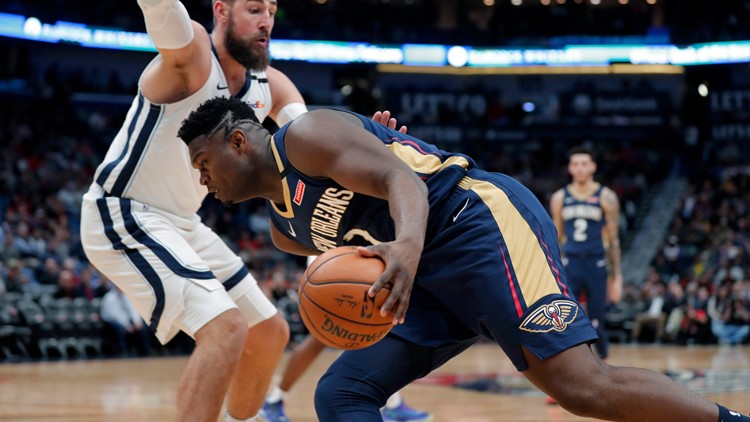 NEW ORLEANS — Zion Williamson scored 24 points in a little less than 29 minutes on the court, and the New Orleans Pelicans beat the Memphis Grizzlies 139-111.

It was the first matchup this season between the NBA's top two draft picks. Newly selected All-Star Brandon Ingram scored 20 points and Lonzo Ball hit five 3-pointers to finish with 19 for New Orleans.

Congratulating Pelicans coach Gentry on his 500th win, players ambushed him in the locker room, soaking him in bottled water to celebrate the milestone.