A new study reports nearly 40 percent of consumers have been victims of package theft, and holiday shoppers in Louisiana are the fourth most at risk in the U.S. 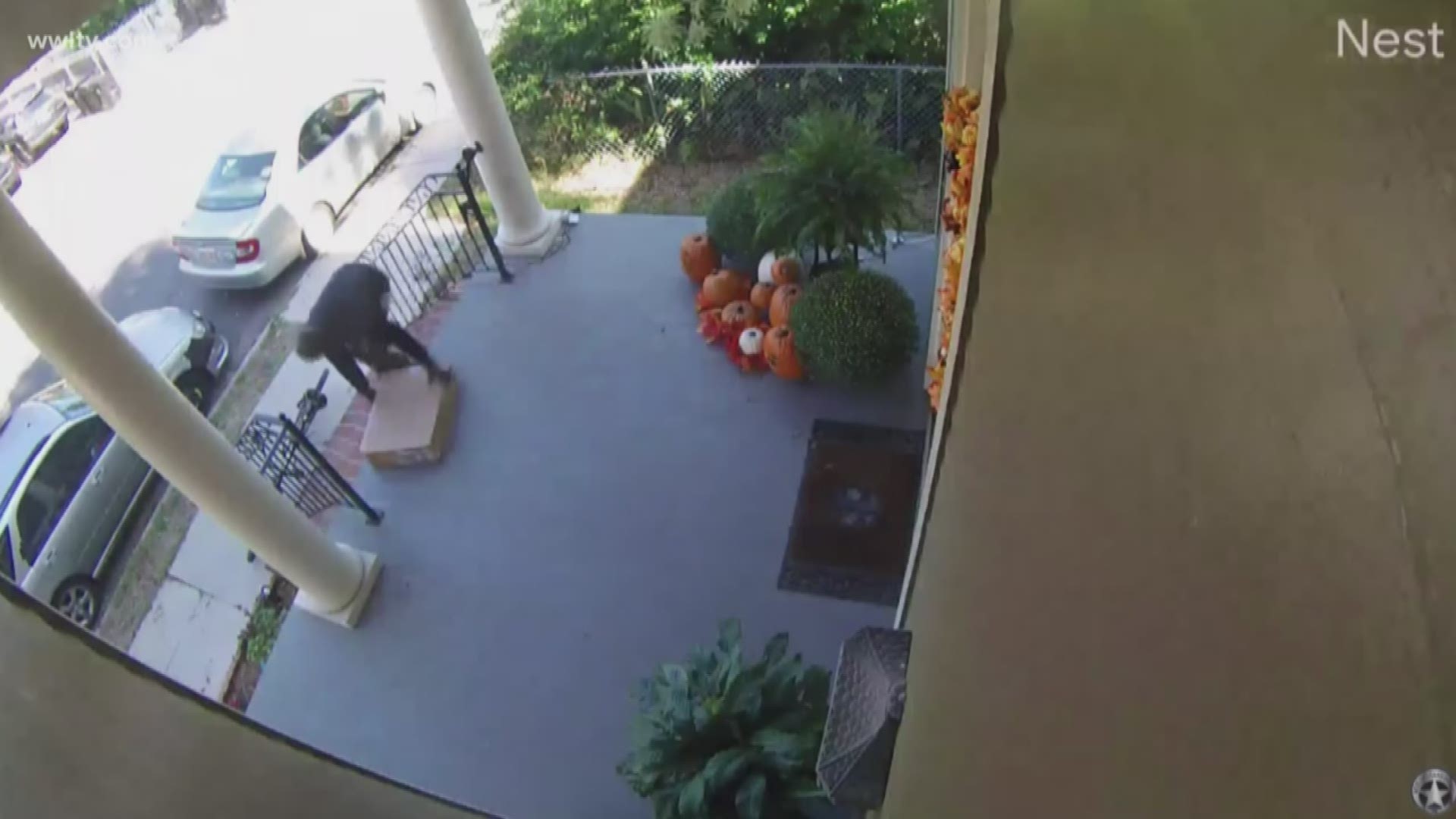 NEW ORLEANS — It's porch pirate season: They come, they take, then take off. As the holidays approach, police are already asking for help in catching the dreaded package thieves.

A new study out reports nearly 40 percent of consumers have been victims of package theft, and holiday shoppers in Louisiana are the fourth most at risk in the country, with more than 2,400 larceny thefts reported per 100,000 residents.

Corey Singer was one of those victims just last week. His house near Winrock Drive and Bullard Avenue in New Orleans East was hit. A thief snagged his wife’s Halloween costume right out of the mailbox.

"You work hard. You go to work every day trying to make an honest living. For someone to come take something... it's really disheartening," Singer said.

It isn't just the East. Late last month, a package was stolen from a home in the 6200 block of Freret Street. The home owner didn't want to go on camera but says it has happened three times in the last few months.

Katy Wiltz, an Uptown resident, said she has packages delivered regularly but hasn’t been hit by porch pirates yet because her high-tech doorbell with facial recognition keeps would-be thieves away.

“This activates by motion sensor, so basically anyone walking up the driveway is going to set this motion sensor off and the camera turns on and we get an alert on the phone. It's pretty amazing," Wiltz said.

Besides cameras, police provide a few other tips to fend off porch thieves. They include scheduling deliveries for when you are home, requesting a signature or providing instructions for the delivery person, such as to “hide behind the grill,” or “leave at the back door.”

“They got the footage and they are going to collect some footage from the neighbors. Hopefully we can get it all together find out who the culprit," Singer said.

Fedex, UPS and Amazon have policies that state once a package is delivered, it's up the costumer to get it off the porch. But these companies all provide safe places where you can pick up your packages, like ‘Amazon Locker.’ UPS has their access points and Fedex also allows to you to send your package to anyone of the 9,000 Walgreens locations across the country.