But no Louisiana officials have called for re-examining the state's fairly lax laws for simply possessing a gun. And some parents say it is time to look at that as well. 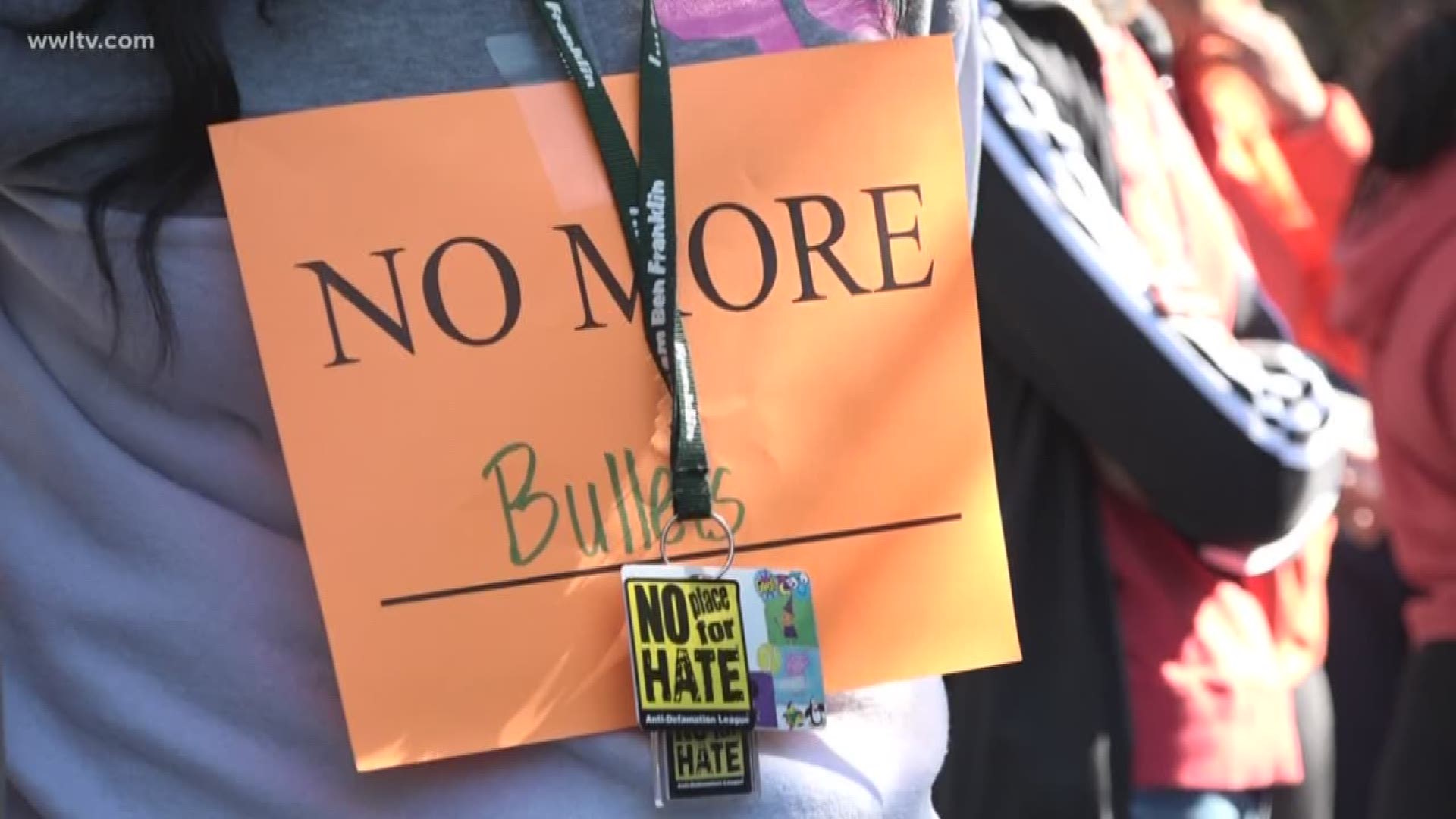 BATON ROUGE — Just five days after the tragic Marjory Stoneman Douglas High School shooting in Parkland, Florida, police in Thibodaux received a tip that a 17-year-old student had put together a list of schoolmates he wanted to kill with a shotgun.

A school administrator reported on Feb. 19 that Keith Usea previously had threatened students and that he had created the kill list. Detectives learned that another 17-year-old student, Mason Dupre, was planning to help Usea, and both are now being held in jail on terrorizing charges.

The attack in Florida, in which a 19-year-old killed 17 students, has set off student protests and a national debate about whether to ban assault weapons and raise the minimum age for buying a gun. President Donald Trump has talked about raising the age requirement from 18 to 21 but has not called on Congress to do so. He also supports arming teachers.

Gov. John Bel Edwards has said he supports tightening background checks on people who have been convicted of a violent crime or have mental illness, and state legislators have introduced bills to arm teachers and let students wear bulletproof backpacks.

But no Louisiana officials have called for re-examining the state’s fairly lax laws for simply possessing a gun. And some parents say it is time to look at that as well.

MORE: Survey: Louisianans have little confidence in the state government

Louisiana is one of only seven states that allow 17-year-olds to possess handguns, and the state does not have a minimum age to possess shotguns and rifles.

Al Carter, the father of a girl who was on Usea’s kill list, said he believes that the minimum age for all firearms including shotguns and rifles should be 21.

“We are saying that teenagers can have a gun but not drink beer because it’s dangerous and not safe,” said Katie Portier, a Houma mother who founded the Terrebonne Safe Schools Coalition. “I think that says a lot.”

Portier believes that the Louisiana Legislature needs to take a hard look at age limits, accessibility to rapid-fire guns, and background checks.

In Louisiana, the minimum age is 18 to purchase tobacco and 21 to buy alcohol or gamble.

Though Louisiana law does prohibit selling firearms to anyone who is under the age of 18, 17-year-olds can still legally possess one as long as they do not purchase it themselves. Seventeen-year-olds also can openly carry guns in Louisiana without a permit.

Many can buy them “on the black market, from friends or someone buys the gun for them,” according to the Gun Violence Archive, a non-profit organization based in Washington, D.C., that compiles data on gun-related violence.

The Giffords Law Center to Prevent Gun Violence, which studies gun violence and is based in San Francisco, says it is common practice to set legal ages for activities that require maturity, such as voting, driving and drinking alcohol.

“Purchasing and possessing a firearm necessitate the same, or greater ability to act responsibly,” the group says on its website.

The Thibodaux incident is not the only one involving minors that Louisiana has faced. Last year, two 17-year-old Comeaux High school students shot and killed a fellow student.

Da’NiCea Maze, 17, was shot in a parking lot on Pillette Road in Lafayette on December 5, 2017 by Gabriel Breaux and Demonte Prier, whom Maze thought were his friends.

Academic studies suggest that raising the minimum-age laws for possessing and buying firearms could prevent some of these killings. Researchers at Boston University found that Louisiana has the highest rate of homicide by guns in the U.S. between 1991-2015.

“Responsible gun owners should not be penalized for the actions of deranged, unstable individuals,” U.S. Sen. John Kennedy, R-La, said in an interview. He said he will continue to work “to increase public safety while not jeopardizing the Second Amendment rights of responsible gun owners.”

Since the Parkland shooting, high school students have staged protests, including a nationwide school walkout on Wednesday, to demand tighter gun laws. Students at several New Orleans and Baton Rouge high schools participated in the walkout, which lasted 17 minutes, one minute for each of the Parkland, Florida, students who was killed.

The National Rifle Association has announced that it objects to raising the minimum age to 21 to purchase a firearm. It has filed suit against the state of Florida for just doing that.

The last time Louisiana considered gun reform was in 2008. Cedric Richmond, who was then a state representative and is now a congressman, sponsored a bill to ban assault weapons that did not pass.

Rep. Denise Marcelle, D-Baton Rouge, introduced a bill on Feb. 28 that would prohibit the sale of assault rifles to anyone under the age of 21.

California already has some of the strictest state gun laws. After the Parkland shooting, a state senator there proposed raising the purchase age of rifles and shotguns from 18 to 21.

Besides Louisiana, the six other states that allow teenagers younger than 18 to possess handguns are Vermont, New Hampshire, Kansas, Texas, Montana and Alaska. Besides Texas, none of these states have cities with high murder rates like New Orleans and Baton Rouge.