From U.S. representatives to Governor Edwards, mayors and more, those who knew Blanco remembered her as a fighter for the people of Louisiana. 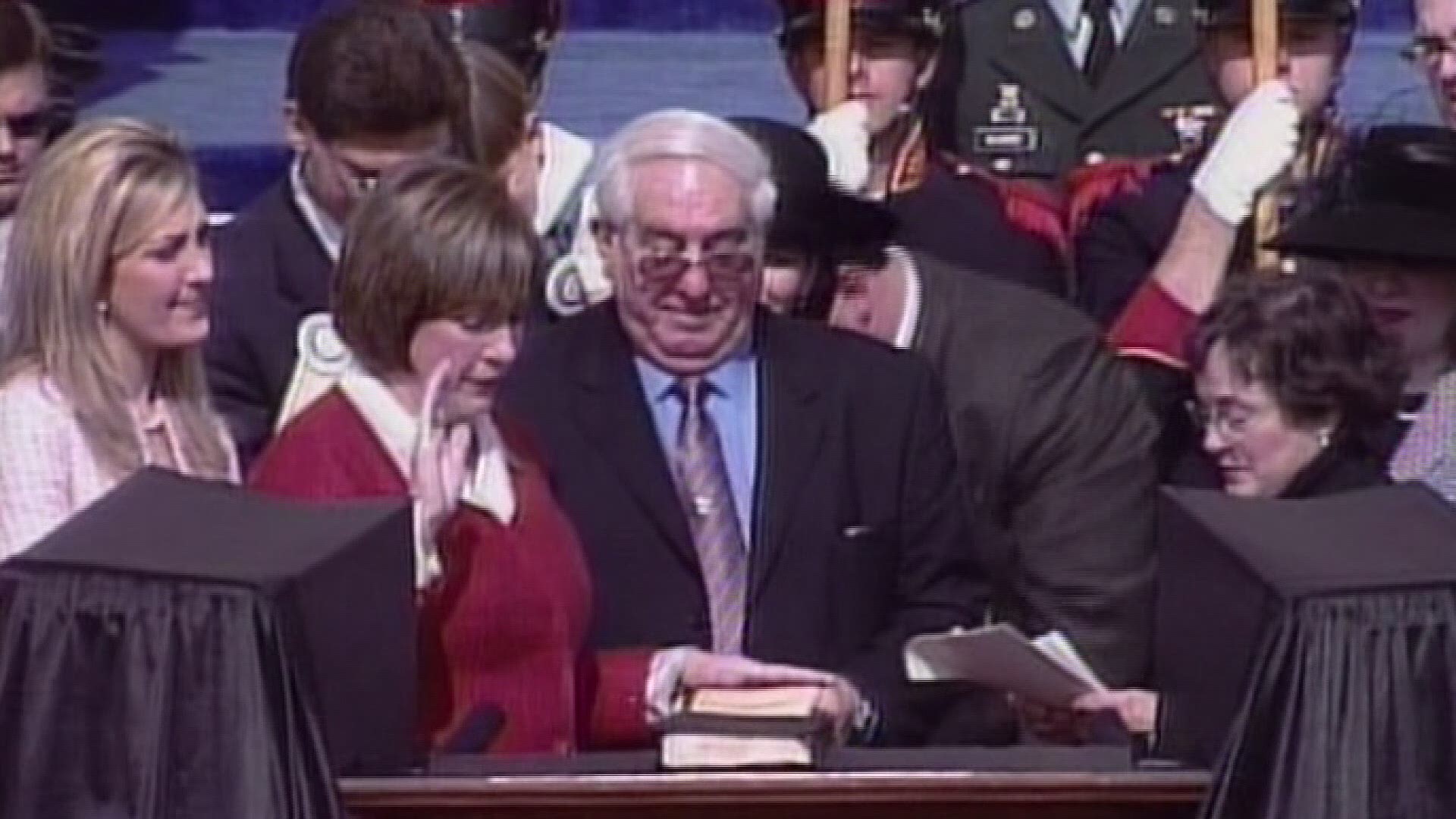 NEW ORLEANS — The Louisiana political community was in mourning Sunday after learning about the passing of former governor Kathleen Blanco, who died at the age of 76 after her years-long battle with cancer that afternoon.

In December 2017, Blanco, who had undergone treatment six years earlier for an ocular melanoma, revealed the rare, incurable type of cancer had spread to her liver. At the time, she said doctors told her she may have only six months to live. She underwent treatment for 16 months but in April 2019 entered hospice care.

"While she knew that her name would forever be linked with Hurricanes Katrina and Rita, it was her dying wish that she be remembered for her faith in God, commitment to family and love of Louisiana."

From U.S. representatives to Governor Edwards, mayors and more, those who knew Blanco remembered her as a fighter for the people of Louisiana, before, during and after her tenure as governor from 2004-2008.

In New Orleans, Mayor LaToya Cantrell thanked Blanco for her service to the state.

"As the first female governor of Louisiana, she accomplished more in one term than most men did in two," Cantrell said.

Councilmembers Helena Moreno and Jared Brossett both offered their condolences to Blanco's family and called her a trailblazer who "broke ceilings for many" and who was "tough, but always gracious."

Around the state, those who knew Blanco also sent their thoughts and prayers to her family. Governor John Bel Edwards called Louisiana's first female governor Kathleen Blanco "a shining example of what can be accomplished by hard work and determination" after she passed away Sunday.

The Louisiana Democrats also released a statement following Blanco's passing, saying "We lost a true champion for Louisiana today, but her legacy and work lives on."

At the LSU Health Sciences Center in New Orleans, Director of Information Services Leslie Capo thanked Blanco for her "crucial role in keeping health care and health education in Louisiana after Hurricane Katrina."

“We were saddened to learn of the passing of Governor Kathleen Babineaux Blanco,” said Larry Hollier, MD, Chancellor of LSU Health New Orleans. “She played such a crucial role in keeping health care and health education in Louisiana after Hurricane Katrina. Under her leadership, the schools of LSU Health New Orleans were able to quickly resume classes in Baton Rouge, ensuring  an uninterrupted supply of health care professionals for Louisiana, and LSU Health faculty were able to continue caring for patients right here in the state. With unwavering support for our mission and the patients we serve, she led the recovery of our public hospitals. The legacy of Louisiana’s first female governor will live on in the countless people whose lives were touched by her selfless and distinguished service.”

Kyle France, the chairman of the Louisiana Stadium and Exposition District, the agency responsible for the Mercedes-Benz Superdome, Smoothie King Center and other properties, said he was "privileged to serve with her on this commission and benefitted by her wisdom, experience and support of our efforts."

The following is a statement from the Louisiana Stadium and Exposition District (LSED):

“On behalf of the board of commissioners of the Louisiana Stadium and Exposition District (LSED), I want to convey our sympathy to the family of Governor Kathleen Babineaux Blanco on her passing. We were privileged to serve with her on this commission and benefitted by her wisdom, experience and support of our efforts.

Just a few weeks ago, the Saints honored Governor Blanco for her work in leading the effort to restore the Louisiana Superdome in time for the beginning of the 2006 season. It was a fitting tribute for a leader who put her reputation on the line, demonstrating to the NFL and the nation that our state’s people would not be denied in our ability to be competitive again in record time.

In the coming days, we will be reminded of Governor Blanco’s years of public service to the people of our State. She faced her crises head-on and demonstrated her courage and determination, whether it be the challenge of the post-Katrina and Rita environments in 2005 or her own long battle with cancer. We hope her family is comforted by the knowledge that she will be remembered as a fighter for Louisiana and our values.”