According to police, the man seen on store security video became irate because the door to the men's bathroom was locked at a Mandeville Discount Zone. 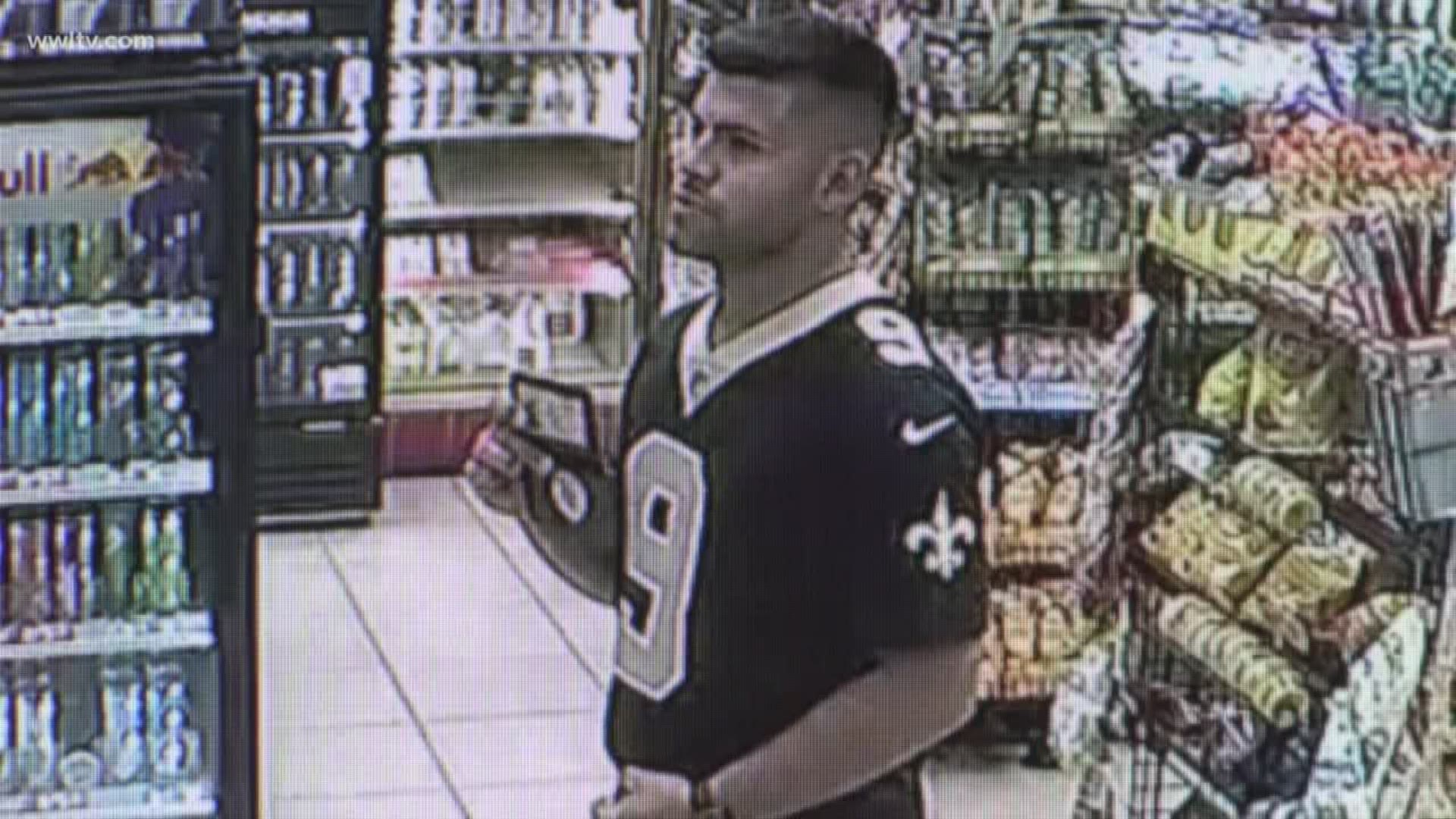 ST. TAMMANY PARISH, La. — Update: Mandeville police have arrested the man in the video, identified as Christian Gross, for allegedly impersonating an officer and creating a disturbance at a convenience store.

Gross turned himself into police Sunday night. He's reportedly a former Jefferson Parish corrections officer, but he reported his commission car and badge stolen last month just before he resigned from the JPSO. 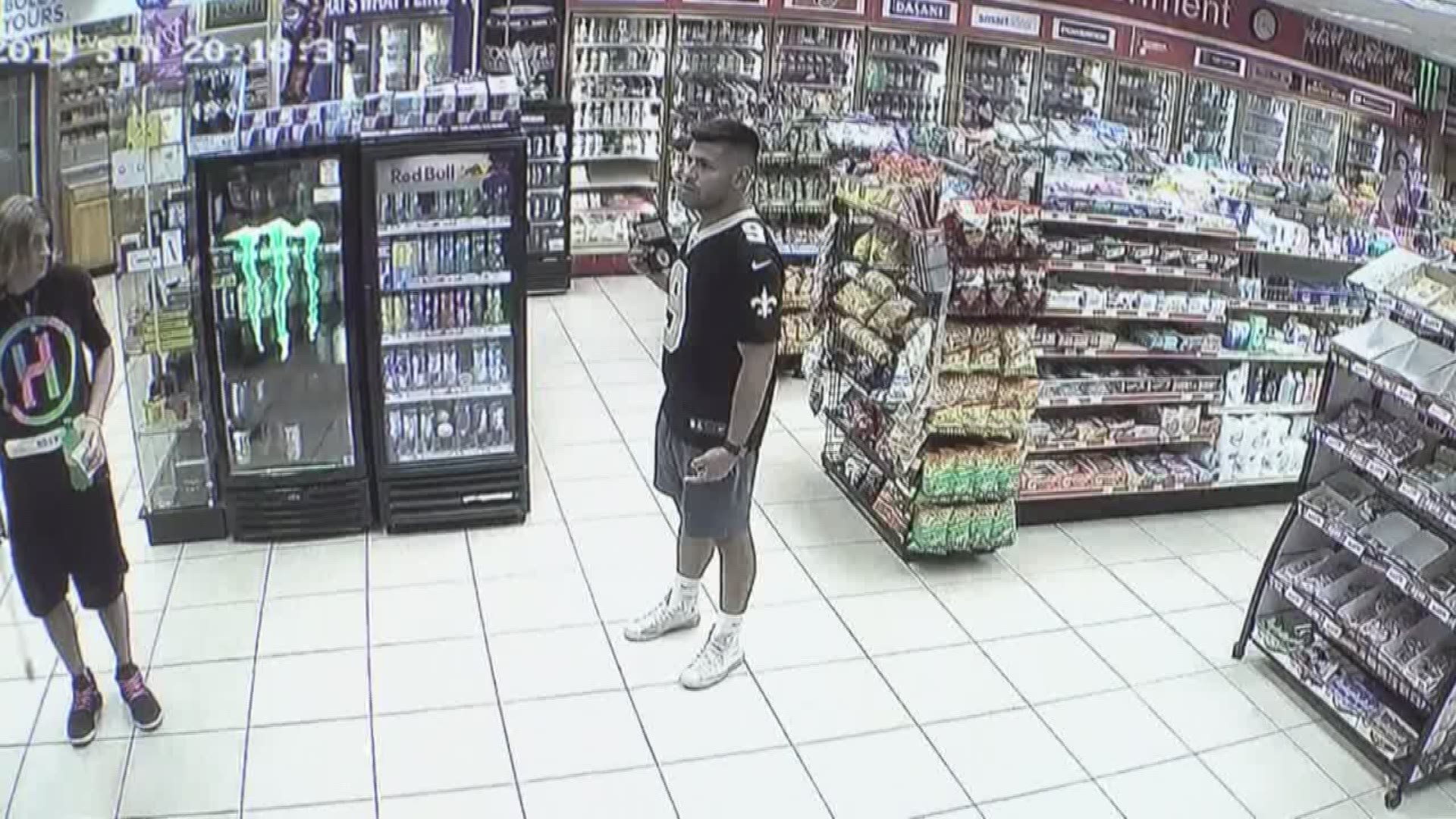 Not only is he a bad Drew Brees impersonator, Mandeville police officials say one wanted man is also a fake cop.

Investigators on the Northshore are searching for a man who allegedly created a disturbance at a gas station convenience store Sunday night, then pulled out some sort of badge after store employees confronted him, according to Karole Miller, a Mandeville police officer.

“He did identify himself specifically as a Mandeville police officer and that he is not,” Miller said.

According to police, the man seen on store security video became irate because the door to the men's bathroom was locked at a Mandeville Discount Zone on Highway 22 around 8:15 p.m. Sunday.

“He ended up urinating on the owner’s vehicle. When he was confronted by the owner he did pull out a badge and police officer's commission card, is what it looked like, out of his wallet,” Miller said.

ALSO: Nearly 200 flags placed ahead of funeral for deputy killed in crash

Detectives were not able to identify the suspect's "badge" but the outline does not appear to match that of a Mandeville police officer.

Store employees called the real cops -- and the man took off in a white Ford truck.

If police find this Number 9, he will be charged with impersonating a police officer and disturbing the peace.