He's taken out tens of thousands of wild animals - including well over 3,000 wild boar - in New Orleans alone! 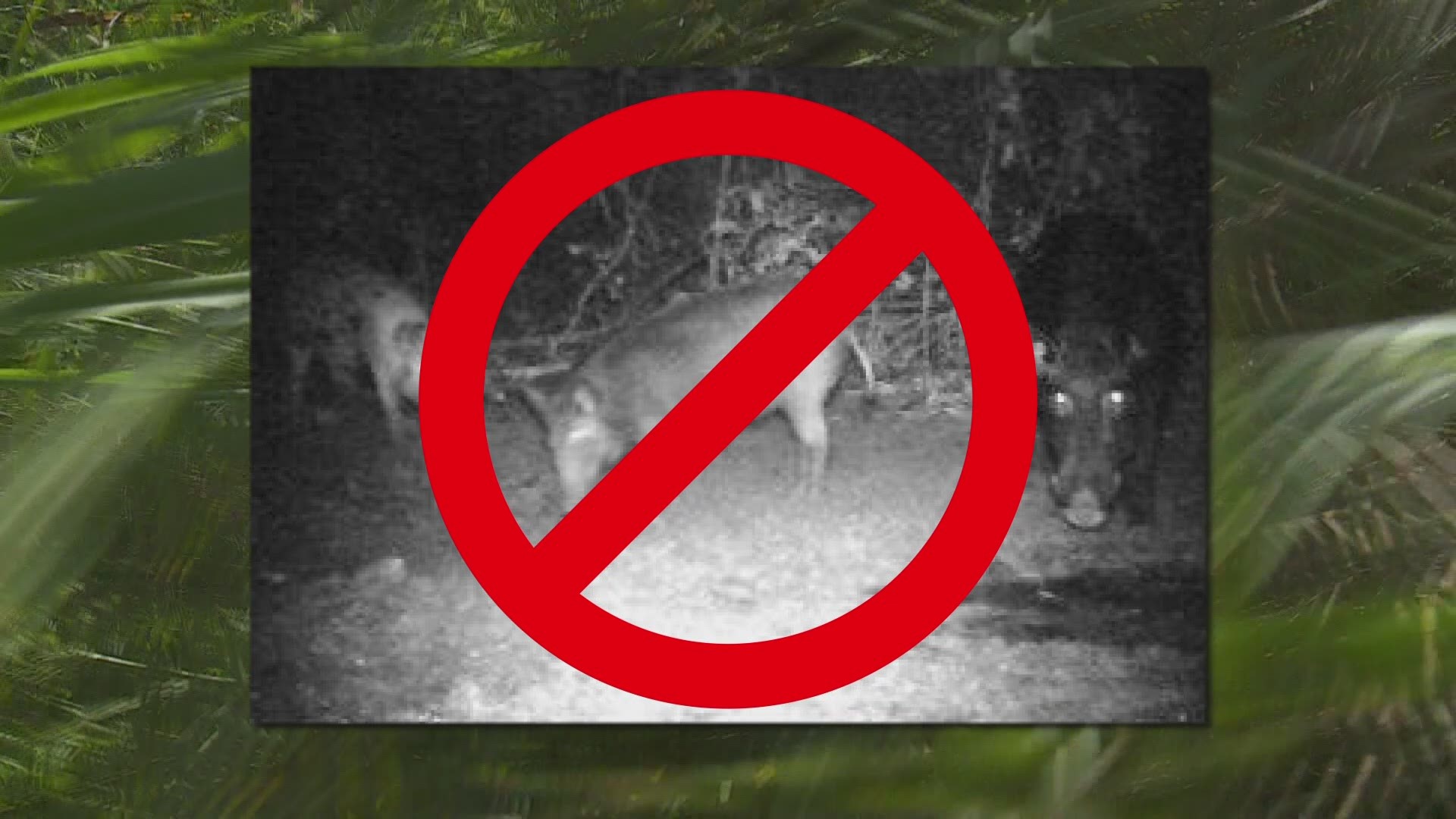 You don’t think of New Orleans as a haven for big game hunters, but Schmidt has made the area his hunting ground – at the request of homeowners’ associations, neighborhoods and parks.

Schmidt, who goes by the moniker and business name of ‘Trapper John,’ is an expert at protecting you from all types of vermin or even larger animals.

This past week a 275-pound wild boar was hunted and killed outside of English Turn, where the homeowners’ association pays him a fee to keep unwanted animals – both large and small – from entering backyards.

“We don’t have a wild boar problem here in English Turn because we have Trapper John,” said Margaux Fanning, the administrator of English Turn’s Homeowners’ Association.

What Schmidt is – is a mostly sight unseen human barrier between humans and the animals enticed by the smells of waste and pets.

Fanning said Schmidt patrols areas outside of English Turn to keep the animals at bay. He said boars are the big game, but that he also can trap squirrels, raccoons, possums, nutria, armadillos, coyotes and bobcats.

Fanning said he will also take care of vermin or snakes inside of homes, but that there’s an extra charge for that.

“I don’t think I ever really grew up,” Schmidt said as he now makes a living off of the hobby that began as a child. “I still don’t know what I want to be when I grow up.”

He said he started hunting when he was a pre-teen and began doing it as a business in the 80s and 90s in New Orleans East, where, by his estimation, he took out 3,000 wild boar as neighborhoods were built and existed in previously wild land.

He said his work at English Turn began in 1987 as wild pigs (as he refers to the boars) were tearing up the PGA course prior to the tournament at the tune of up to $15,000 damage in one day.

“They had a trapper who couldn’t catch a cold,” he said. “The state recommended me.”

He said he began working in Lower Coast Algiers for the Audubon Nature Institute at its Endangered Species Survival Center, taking out pigs.

“They were scared of nose-to-nose contact spreading diseases from the pigs to the endangered animals.”

Schmidt also says he has caught and disposed of more than his share of coyotes – cleaning out the airfield in Kenner of about 200 coyotes years ago. He was also called in to take care of the coyote problem near Lake Vista and one in Harahan where family pets were being killed.

While the boars seem to get the most notice, because of their size, he said they usually aren’t a danger to humans, striking only if they feel cornered or trapped.

“If you were to surprise them. Pigs will wander into someone’s yard and don’t know how to get out and if someone walks out there, they will attack them.”

But he said in spite of the reputation, boars are quite picky eaters, surviving on foods one might associate with much smaller animals – only eating them in large enough quantities to damage a lawn or a golf course.

“Earthworms are their favorite foods,” Schmidt says, adding that the boars love berries. “They are not the garbage disposals that people think. They’re kind of finicky. At English Turn I can’t get them to eat donuts.”

Schmidt says boars were placed near the area known as English Turn in the 70s, before the development was there, specifically for hunting purposes. He said a boar’s pregnancy lasts about four months and a typical birth will yield 4-7 piglets, making for a problem that stays around.

Schmidt receives a paycheck for his work, but there is an added bonus. He says the boars also provide him with an epicurean delight.

“They’re delicious, absolutely delicious,” he said. “A good, fat pig… the meat is better than any meat you’re going to buy at a store – better than prime beef – at least up there with that.”