State not paying to use of city portion of Champions Square 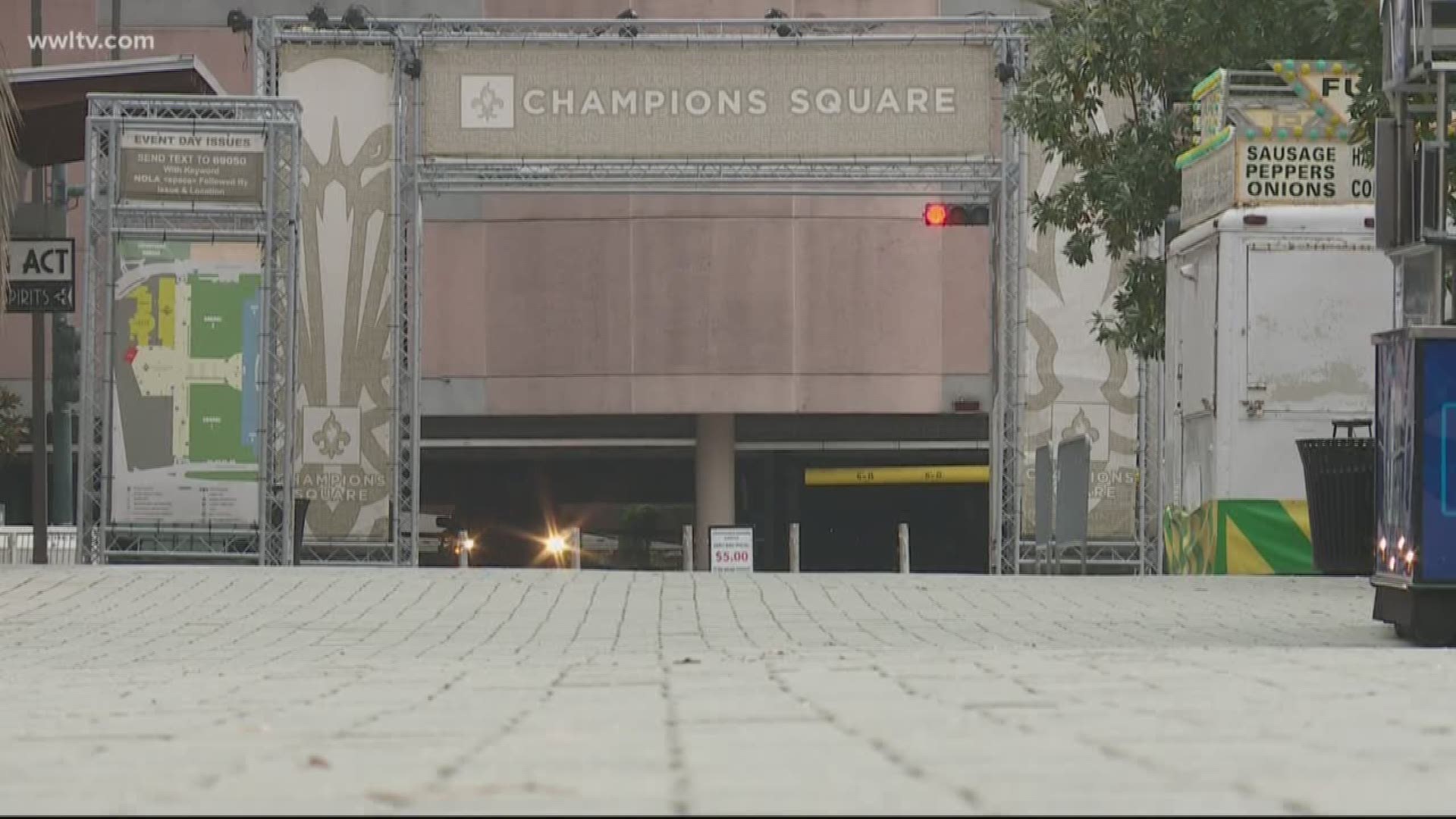 Champions Square, in the shadow of the Mercedes Benz Superdome and Smoothie King Center, has evolved into a popular place for concerts and festivals.

LaSalle Street, owned by the City makes up a portion of the venue.

The Louisiana Stadium and Exposition District (LSED) also referred to as the Superdome Commission manages the sprawling downtown sports complex for the state.

It took over a block-long stretch of LaSalle without compensating the city.

Mayor LaToya Cantrell sent a letter to the commission demanding nearly $3.6 million in back rent, plus more than $488,000 in yearly lease payments.

City Councilman Jay Banks, who's district includes Champions Square said it's time for the state to pay up.

"It used to be a street and it's city property and the state law says that the city should receive fair compensation," Banks said.

"We appreciate the Mayor's willingness to reach a conclusion on LaSalle Street," the LSED said in a statement. "However, we disagree with the City's valuation of the property, and in turn, the proposed annual lease proposal."

A couple of years ago, the city estimated the value of that stretch of LaSalle Street to be $3.3 million. The Superdome Commission hired its own appraiser that came back with a number much lower then that.

According to the LSED statement, "The LSED looks forward to working with the City/Mayor Cantrell to establish a fair value so as to continue to allow citizens and Saints fans access to Champions Square with a conclusion that is acceptable to all parties."

Jay Banks maintains the clock is ticking and it's time for all parties to come together and work out a long term deal.

"At the end of the day the people I represent should be getting every nickel that they're due," Banks said.

According to the audit, that's the highest annual collections the district has ever received.