Mayor Latoya Cantrell presented the new strategy, which is taking the long view. The mayor emphasized this will be a "generational plan." 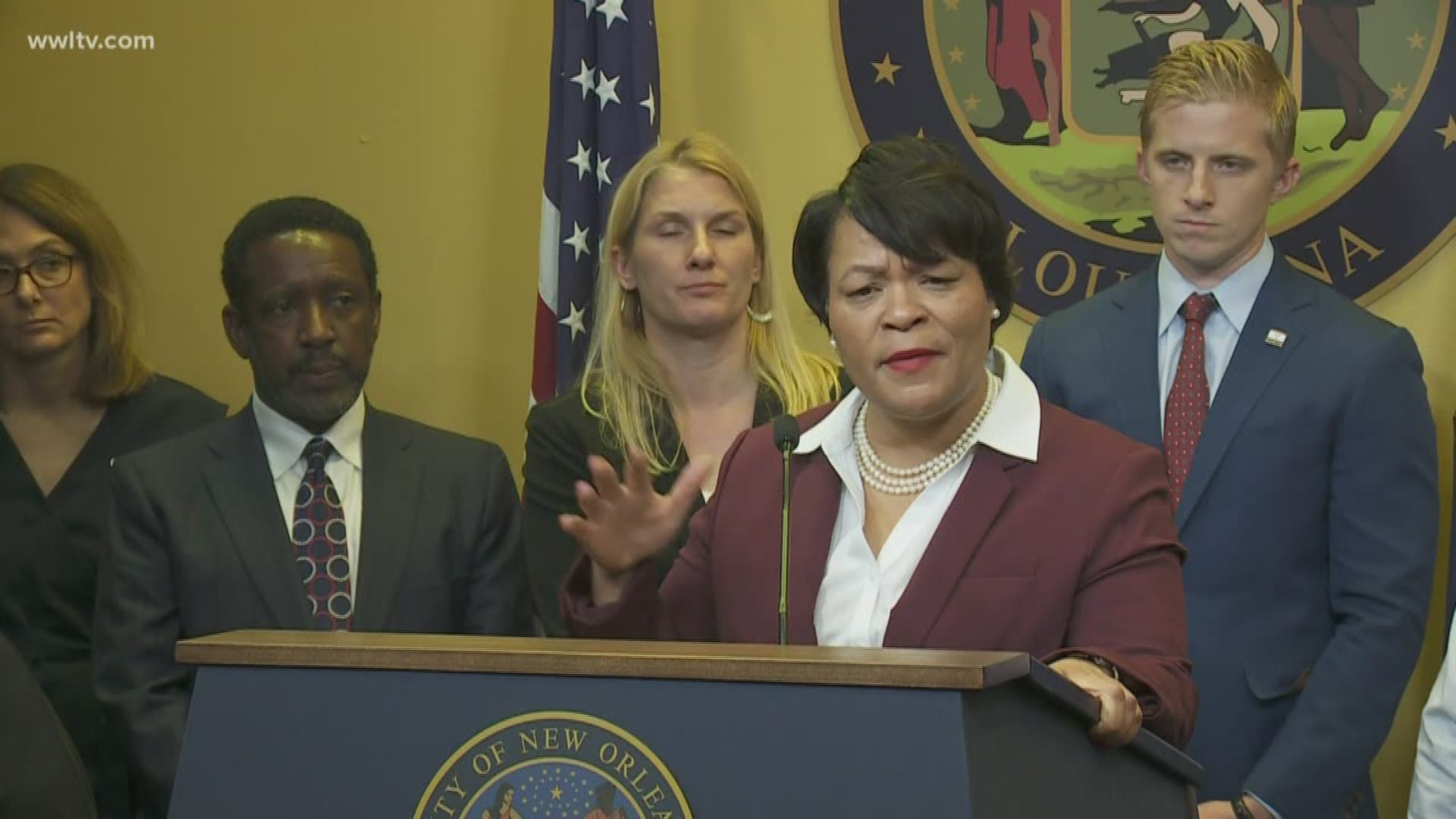 NEW ORLEANS — One of the latest shootings in New Orleans happened early Tuesday morning in Treme. A man had been shot several times.

There's not much information on what led up to that shooting, and that lack of information is something the mayor's new gun violence task force is trying to change. On Tuesday afternoon, the Cantrell administration rolled out a new initiative it believes will reduce the amount of gun violence in the city of New Orleans.

Mayor Latoya Cantrell presented the new strategy, which is taking the long view. The mayor emphasized this will be a "generational plan." Its impact may not be felt fully until after her time in office. That said, the plan is threefold:

First, the city will partner with non-profits, local universities and other groups to gather data on what factors into gun violence and where it happens. It’s similar to responses to health crises.

“It won’t be just where the violence happens. We’ll look at what may be some triggers in that area, how many blighted properties, how many vacant overgrown lots, are lights out there,” said Cantrell.

RELATED: 'Everybody wants to solve everything with a gun': 7 New Orleans shootings leave 2 dead, 5 wounded in 24 hours

The second part involves improving operations at the New Orleans Police Department. That includes construction of its own crime lab by 2022, which will help its investigations. Also, there will be more effort to improve its rate of solving shootings and murders.

"As we demonstrate that we're solving crime, people will not only feel safer, they are, and therefore the trust is being built so they give us the information, so we can be more effective in solving crime," said Cantrell.

The third pillar will focus on delivering community-based services to help people and neighborhoods at risk of gun violence.

"Whether you've experienced gun violence directly or indirectly, we're all impacted," said Cantrell. For a city that's endured decades of shootings, this initiative hopes to reduce them for the decades to come.

According to the CDC, New Orleans has the fourth highest rate of gun deaths in the nation.

RELATED: 'One of the best deans in New Orleans:' Popular charter school leader gunned down in 7th Ward