'I knew I came close, but I didn't know I got that close': Lightning strike narrowly missing Morgan City woman 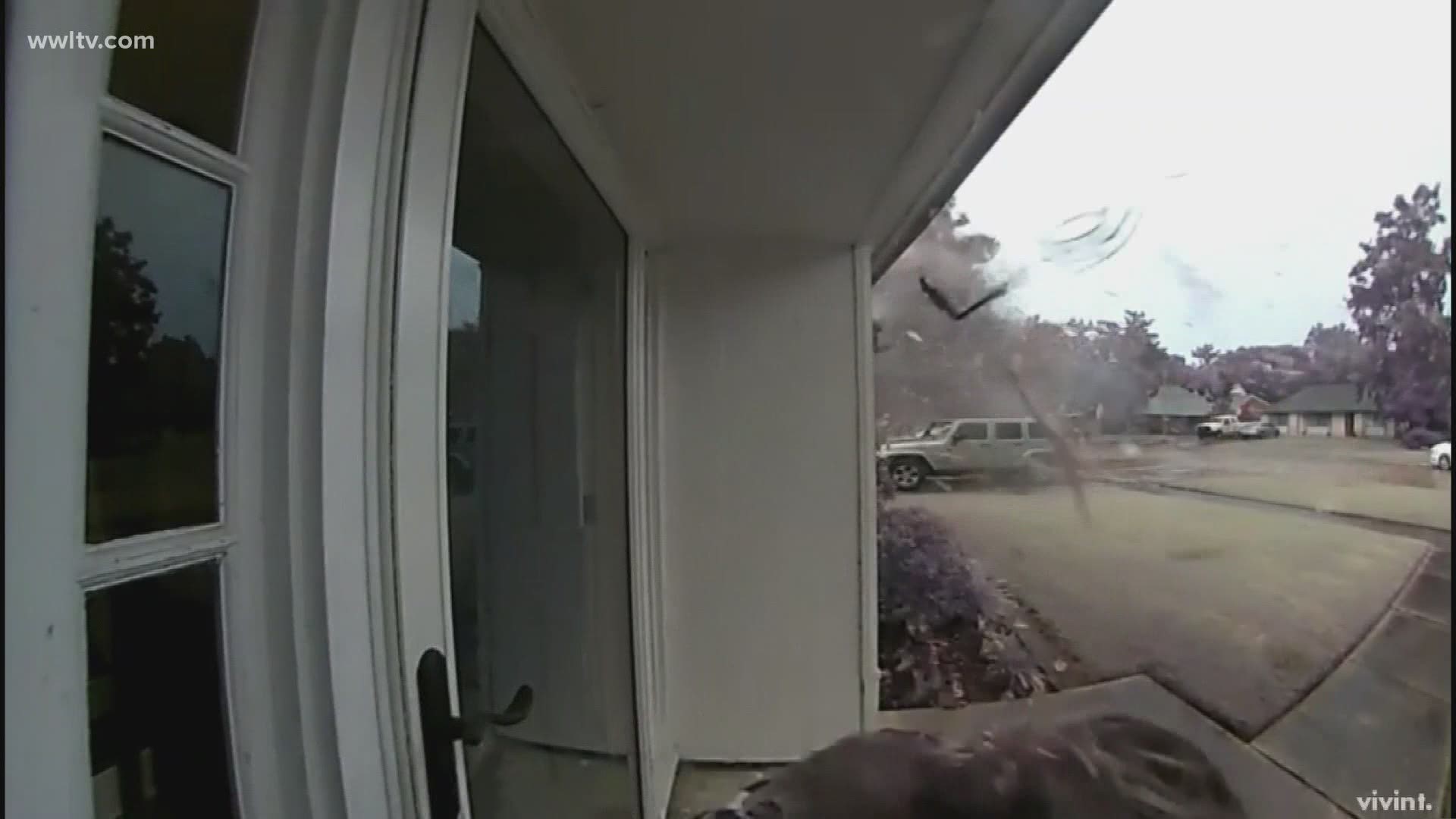 MORGAN CITY, La. — It may have happened in a flash, but it was nonetheless terrifying.

A Morgan City woman is counting her lucky stars after narrowly dodging a lightning strike.

"Like, I knew I came close, but I didn't know I got that close," said Sarah Ribardi. "And then when I watched the video I was like dang."

Luck was on Ribardi's side Friday night when the unimaginable happened.

The sound was electrifying and jolted Ribardi inside where her dad happened to be.

"He said he literally watched me get thrown back," she remembers.

Turns out, the bolt of lightning struck about 20 feet from where Ribardi stood. It hit a tree, which burst into pieces and ruptured a nearby gas line.

"Debris went flying everywhere," she said. "It damaged three houses and damaged four vehicles. To our house, some wood went through the walls. We also have little window AC units, it broke those."

Ribardi's car also received about $3,000 worth of damage. She says she believes her neighbor's car was totally destroyed.