Officials are concerned about numerous reports from people receiving these shipments 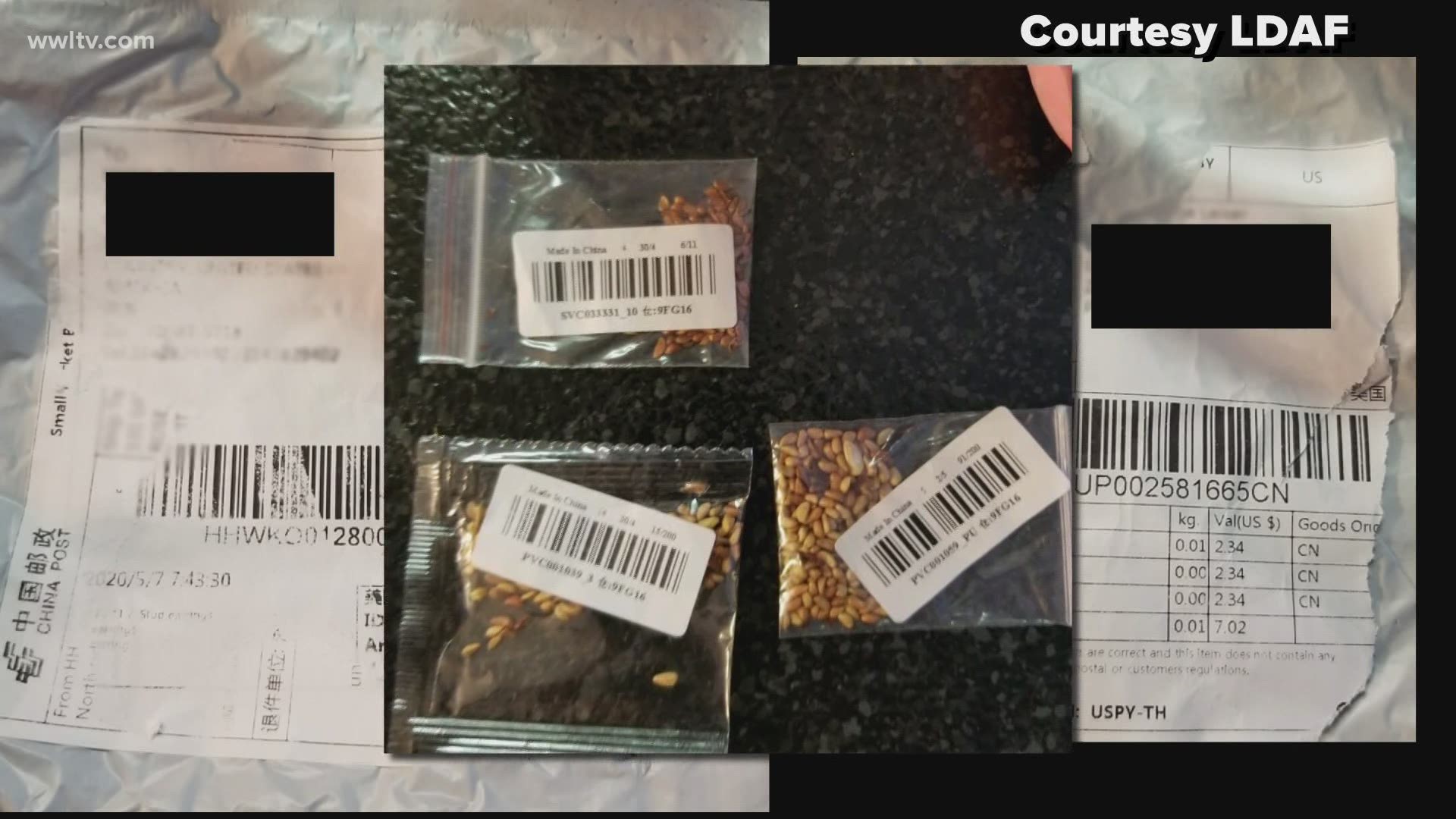 NEW ORLEANS — Some people are finding something in their mailbox they didn't order ... seeds. Officials are warning people to be on the lookout for these mysterious packages after cases have popped up across the state and in New Orleans.

Concern is growing after the Louisiana Department of Agriculture and Forestry says dozens around the state have received mysterious shipments.

"Since Friday, more than 100 citizens in Louisiana have received packages of seed from China, and also from areas in Eastern Europe," Strain says.

The packages, labeled as having jewelry or toys inside, actually have small bags carrying different types of seeds.

"Some company or some entity has spent a considerable amount of money sending seeds across the United States," he said. "We've seen Castor Beans to seed we can't identify, non-native seeds."

Louisiana's cases are similar to those being reported in Washington State, Kansas, Virginia and other states. And while these small bags of seeds may not be a danger to you, Dr. Strain says they could do a lot of harm.

"Our main concern is that we don't want to make sure that we get some type of plant pest or disease that would come from these seeds and become endemic in our crops," he said. "For instance, if you get a field that has a new, invasive species in it, generally speaking we have to destroy the entire field. So it could have a major impact overall on our crops and our economy."

It's why they're warning people who get these packages, to report it.

"Do not open the packets," said Dr. Strain. "And whatever you do, do not open these packets and plant these seeds. And because they're coming from foreign countries, these seeds are not permitted in the United States or in Louisiana, we're going to really work hard to get to the bottom of this."

It's possible this could be part of a brushing scam, where a company will send you something unsolicited to boost their ratings which leads to more sales. Strain though says it may be more serious since seeds are being mailed.

Officials also encourage people who've received packages to monitor their credit card and/or bank accounts because it's possible if the sender has the person's address, they may have some personal information as well, but that's not entirely known at this time.