House Republicans are retiring in droves. What's pushing them out?

House Republicans are retiring in droves. What's pushing them out? 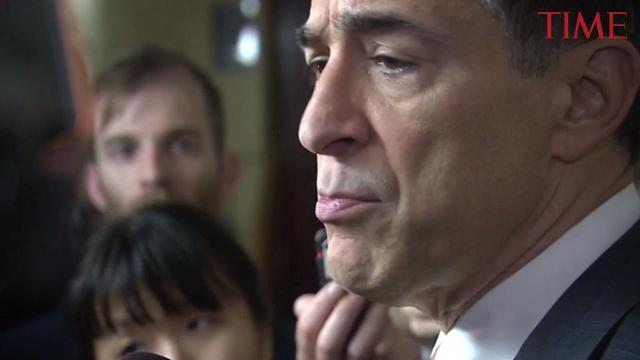 WASHINGTON – Forget running for re-election. House Republicans are running for the exits instead.

On Wednesday, South Carolina Rep. Trey Gowdy — chairman of the powerful House Oversight Committee — became the third GOP lawmaker in just the past week to announce plans to leave Congress at the end of this term.

All told, 41 Republican House members have said they will either retire or seek another office, compared to 16 Democrats, according to the House Press Gallery. Some of those lawmakers have been forced out amid sexual-harassment allegations, while others are running for governor or the Senate.

But at least nine are influential committee chairmen who, like Gowdy, are leaving with no scandal afoot. So what’s pushing these gavel-wielding lawmakers out the House door?

A toxic stew of congressional dysfunction, perilous electoral prospects, term limits on committee chairmen and an increasingly rightward tilting party with a president widely seen as erratic at its helm.

“Washington’s not a very pleasant place for anybody,” said former representative Tom Davis, a Virginia Republican who retired in 2008 after 14 years in the House. “The polarization and all the gamesmanship” can be grinding, Davis said, and the rewards aren’t very sweet these days.

“The public hates you,” he said. “It doesn’t mean you don’t get re-elected, but you’re not getting great outcomes.”

Just look at Congress’ legislative plate right now: a spending standoff that threatens a second government shutdown in a matter of weeks, an explosive immigration debate with no clear solution and a presidential infrastructure proposal that appears dead on arrival.

“There is a time to come and a time to go,” Gowdy tweeted Wednesday. The former federal prosecutor said he wanted to leave politics and return to the justice system.

“Whatever skills I may have are better utilized in a courtroom than in Congress, and I enjoy our justice system more than our political system,” he said in a statement.

Gowdy’s announcement came on the heels of two others: Pennsylvania Republican Rep. Pat Meehan  said he would not run for re-election last week after news emerged that a former aide had accused him of sexual harassment. And on Monday, New Jersey Republican Rep. Rodney Frelinghuysen  announced that he would also retire rather than seek another term in November. Frelinghuysen last year became chairman of the House Appropriations Committee, once considered the most powerful perch in Congress.

GOP retirements boost Democrats' hopes for taking the House in 2018

But with earmarks banned — making it nearly impossible to bring home pet projects or use the promise of them as leverage in negotiations — and spending bills mired in the legislative mud, the committee has lost some of its luster. And Frelinghuysen’s decision was at least in part a nod to the electoral landscape.

Democrats are hoping to ride a wave of anti-Trump anger to regain the House majority in November. Frelinghuysen would have faced a tough re-election in his swing New Jersey district, where several Democrats were already lining up to challenge him.

The party that controls the White House generally loses seats in the midterm elections, and several non-partisan political analysts believe that President Trump’s dismal approval ratings will be a significant added drag on Republican congressional candidates.

David Wasserman, a political analyst with the non-partisan Cook Political Report, said a wave election dissent may already be forming, giving lawmakers a heads up to get out of the way.

“In past cycles when the House has changed parties, members haven’t seen it coming until a couple months out,” Wasserman said. “The difference is now Republicans have a choice between filing for re-election or retiring or running for other office. And many of them are deciding that it’s not worth trying to ride this out.”

Even those in safe House seats aren’t sure they want to stay in office if it means being in the minority, Wasserman said. In the House, the minority has almost no power to influence legislation or set the agenda.

Davis agreed and said some Republicans have become “uncomfortable” with the party, as it has shifted rightward and now is led by Trump.

“This is not the party that they grew up with,” Davis said. “The Republican base had kind of rotated from the country club to the country.”

Jesse Hunt, a spokesman for the House Republican campaign committee, rejected the suggestion that Republicans were leaving because their party was about to be out of power.

“The vast majority of retirements are term-limited chairmen who hail from deeply Republican districts,” Hunt said.

In the House, Republicans operate under rules that limit committee chairman to six years no matter how long they serve in Congress. Wasserman and others agree that dynamic is playing a role in driving even powerful and safely ensconced lawmakers out.

“Many members spend years in Congress climbing up the ranks to become a committee chair, but if you’re termed out after a couple cycles, you can suddenly find yourself with less power,” said Wasserman. “Upward mobility is essential to many members.”

Davis said that rule was imposed in the 1990s because committee chairman had become too powerful. But it inadvertently made congressional leaders too powerful, and the legislative process has suffered as a result.

“You wait, sitting around all day, waiting for the deal and then I vote yes or no. That’s it,” he said. “That’s why I left. You look at this and you say, 'Geez, what am I doing here?' "