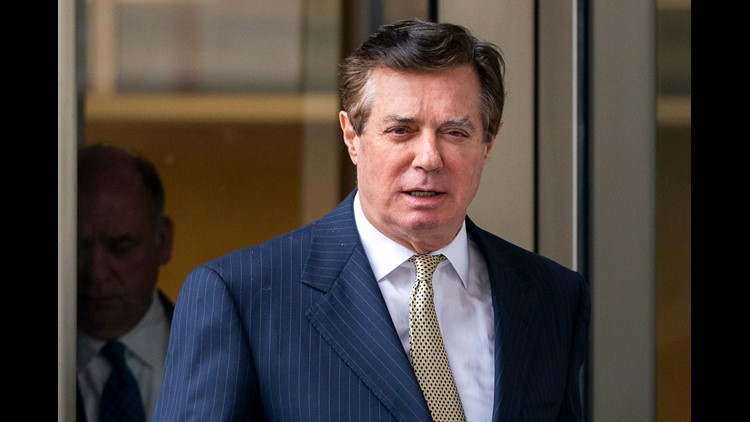 Robert Mueller: Probe dumps Paul Manafort as a witness for lying, but about what?

Mueller lost a highly placed witness who had headed President Donald Trump's campaign. And Manafort, who already faces decades in prison, lost his chance for a shorter sentence.

In revealing the collapse Monday, Mueller signaled he knew enough through his 18-month investigation to abandon Manafort for repeatedly lying. The court filing also served as a warning to other witnesses: Don't even think about lying, legal experts said.

But Paul Rosenzweig, a former senior counsel with Ken Starr’s independent counsel investigation of President Bill Clinton and now a senior fellow at the R Street Institute, said it’s not yet clear whether Mueller could win additional cases without Manafort.

“It may be saying he has enough information to be sure that Manafort is lying to him and can’t in good faith use him for whatever else he’s looking for,” he said.

Rosenzweig said the interesting question is about where Manafort was being false. A report Tuesday in The Guardian, a British newspaper, said Manafort had met with Julian Assange, founder of WikiLeaks, which distributed Clinton’s campaign emails before the election. Mueller already has charged Russian military intelligence officers with hacking Democratic computers to get the emails.

“If true, that would be the missing link between the campaign and Russia,” Rosenzweig said.

Manafort denied in a statement Tuesday that he ever met with Assange.

“This story is totally false and deliberately libelous," Manafort said. "I have never met Julian Assange or anyone connected to him."

In fact, Mueller recently postponed sentencing until January for Gates, who pleaded guilty in February to conspiracy and lying to the FBI, because he "continues to cooperate with respect to several ongoing investigations."

But Manafort is a key figure in Mueller’s investigation of Russian meddling in the 2016 election. He was Trump's campaign manager from March until August of that year, during a crucial part of the campaign when Trump secured the Republican nomination and the GOP held its convention in Cleveland. Manafort came to the campaign with a history of dealing with Russians and attended the June 2016 meeting at Trump Tower during which the campaign was promised damaging information about Democratic nominee Hillary Clinton.

A jury convicted Manafort of eight bank and tax charges in August for representing a pro-Russia faction in Ukraine. But he’s also a tainted witness after pleading guilty in September to conspiring to obstruct justice, for urging other witnesses to provide inaccurate accounts to investigators while he was in custody. Mueller ended Manafort’s cooperation for a more lenient sentence Monday by saying he lied repeatedly.

“He will face a markedly harsher sentencing outcome,” said Kendall Coffey, a former U.S. attorney in Miami now in private practice. “One can only speculate if in the back of Manafort’s mind he still holds out hope for a pardon.”

Jettisoning Manafort suggests Mueller wasn’t confident he could win a case with him.

“It is just extremely unusual,” said Patrick Cotter, a former assistant U.S. attorney in the Eastern District of New York now in private practice in Chicago. “He wouldn’t do it unless he really felt strongly that he had credible information which contradicts multiple things that Manafort said.”

Cotter said the silver linings include the revelation that Mueller had enough testimony from other witnesses and other evidence to know Manafort was lying.

“This was never going to be the Paul Manafort show,” Cotter said. “He was going to be part of a mosaic, and his piece didn’t fit because he’s a liar. The rest of the mosaic is still there.”

Trump has repeatedly called Mueller’s 18-month investigation a “witch hunt” and insisted there was no collusion between his campaign and Russia. He tweeted Tuesday that Mueller was treating people viciously and ruining lives.

The Phony Witch Hunt continues, but Mueller and his gang of Angry Dems are only looking at one side, not the other. Wait until it comes out how horribly & viciously they are treating people, ruining lives for them refusing to lie. Mueller is a conflicted prosecutor gone rogue....

White House spokeswoman Sarah Sanders said Trump only wants the investigation to end and has no plans to somehow remove Mueller from his job.

"He could have taken action at any point and he hasn't,” Sanders said. “So we'll let that speak for itself.”

Sanders also said she knows of no plan to pardon Manafort.

Trump Jr. has acknowledged seeking “dirt” on Clinton but insisted he did nothing wrong at the meeting. Nobody has been charged related to that meeting. But Manafort could have been a witness from inside the room.

“The Russia meeting would have a major potential of blowing up cooperation if the government thought that Manafort was walking back earlier statements,” Coffey said.

But Rosenzweig said he thought the Trump Tower meeting could have been a one-time event and not the crux of the investigation.

While prosecutors routinely deal with shady characters as witnesses, Cotter said Manafort’s credibility was no worse than government witnesses such as Mafia hit man Sammy Gravano or those in the case against Joaquin Guzman, the Mexican drug kingpin known as El Chapo.

“The fact of the matter is that prosecutors are very, very good, when you make a deal with a guy who is a crook, you’ve got to get independent proof that the guy is telling the truth,” Cotter said.

In this case, agents apparently found that Manafort wasn’t telling the truth. But discarding Manafort as a witness also suggests Mueller has enough other witnesses or corroborating evidence to know he was lying.

“I have to believe that somebody as careful as Mueller feels that he has incredibly strong proof that specific important statements that Manafort has made are false,” Cotter said.

Mueller’s filing against Manafort also served as a warning to other witnesses in the inquiry.

“I think this is as powerful a message as could possibly be sent to all the people cooperating with Mueller and all the people who may cooperate in the future: 'Do not even think about lying to us,'” Cotter said. “'Look at Manafort. I’m about to nail his hide to the wall and he’s going to spend the rest of his life in a small room where he can’t get any hair-care products or any facials or other stuff that he seems to need.'”